Now and again, I'll receive a story from someone that is so bizarre that I either have to take it or leave it. Mainly because (A) the primary source is no longer with us and/or (B) there's no evidence to confirm the claim. The story I'm sharing with you today is a perfect example. It was a fabrication or it was the real deal; there's no middle-ground. The source, a woman named Desiree - who grew up near Galveston, Texas, - came across entirely normal, but her story was sensational in the extreme. For a number of years, Desiree's father worked at NASA’s Houston, Texas-based Lyndon B. Johnson Space Center. It was late one night in 1986, said Desiree, when her father returned from his daily routine at the Johnson Space Center. This particular night was a memorable one: when Desiree's father got home, he was deeply distressed and even seemed to be on the verge of lapsing into a full blown anxiety attack.

After Desiree and her mother were finally able to calm him down, Desiree's father told a wild and extraordinary story: while walking to his car that night, he had seen, to his complete and utter horror, perched on a nearby building a large man-like figure that was utterly black in color, and that seemed to have a large cape draped across its shoulders and back – and with two huge, wing like appendages sticking out of each side of the cape. Looking more bat-like than bird-like, the wings made a cracking noise as they slowly flapped in the strong, howling wind. The creature, Desiree's father told his amazed family, had clearly realized it had been seen. Not only that: he gained the very distinct impression that the beast was actually relishing that it had been noticed, and was even seemingly deriving some form of deranged, evil pleasure from the fact that it had struck terror into the heart of the man. 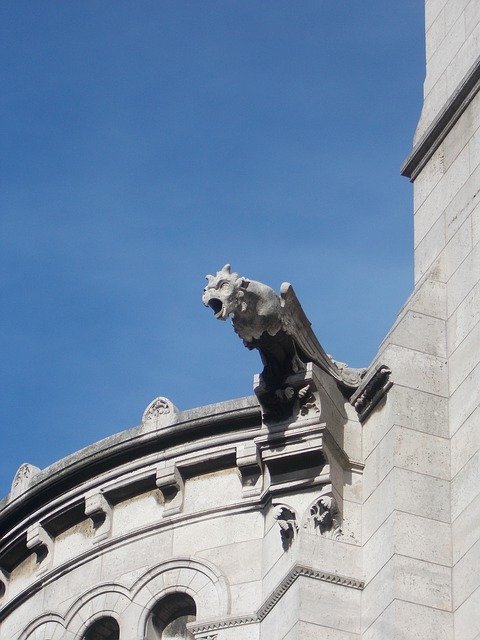 Desiree's father could only stand and stare, frozen to the spot in complete fear. The sheer horrific unreality of the situation – namely that of seeing a large, dark, gargoyle like entity, looming ominously over him from a rooftop at NASA’s Johnson Space Center – finally hit home with full-force and Desiree’s father raced for his car, flung open the door, slammed it shut, and then sped off into the darkness. He did not attempt to look back even once. Not surprisingly, the family suggested that reporting the encounter to his superiors might not be the wisest move. Desiree’s father agreed – for a short while, anyway. After a few weeks, however, the strange event was still gnawing steadily away at his mind and nerves, and he eventually confided in his immediate boss who, to his great surprise and relief, revealed that this was not the first time such a vile entity had been seen late at night in the area. In other words, he was not going crazy or hallucinating: the beast was real and he was not the only witness, either. As I said, there's very little you can do with a story like this. There was only one source for the data. That was Desiree. On top of that, her father died in 1989. And we don't know the name of the source who told Desiree's father there had been other such reports in the area. Intriguing, but ultimately completely frustrating.

Before we completely relegate the story to the garbage can, however, it's worth noting that something very similar took place - also in the Houston area - way back in 1953. Notably, in this case, we have names. It took place during the early morning hours of June 18, 1953. It was a hot and restless night, twenty three year old housewife Hilda Walker, and her neighbors, fourteen year old Judy Meyer and thirty-three- year-old tool plant inspector Howard Phillips, were sitting on the porch of Walker's home, located at 118 East Third Street in the city of Houston. Walker stated of what happened next: "…twenty five feet away I saw a huge shadow across the lawn. I thought at first it was the magnified reflection of a big moth caught in the nearby street light. Then the shadow seemed to bounce upward into a pecan tree. We all looked up. That’s when we saw it." The "it" became known locally - and briefly - as the "Houston Batman." 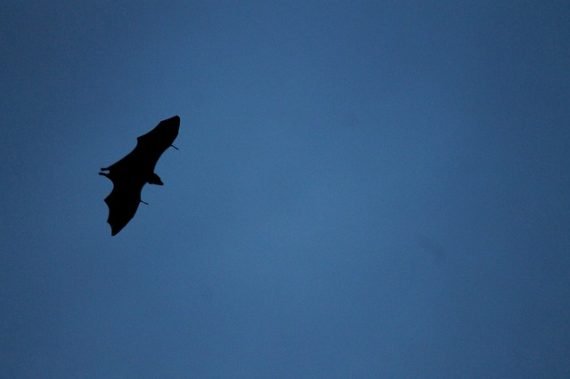 Hilda Walker went on to describe the entity as being essentially man-like in shape, with a pair of bat-style wings, dressed in a black, tight-fitting outfit, and surrounded by an eerie, glowing haze. The trio all confirmed that the monstrous form stood about six and a half feet tall and also agreed that the strange glow engulfing him was yellow in color. The Batman vanished when the light slowly faded out and right about the time that Meyer issued an ear-splitting scream. Mrs. Walker also recalled the following: "Immediately afterwards, we heard a loud swoosh over the house tops across the street. It was like the white flash of a torpedo-shaped object…I’ve heard so much about flying saucer stories and I thought all those people telling the stories were crazy, but now I don’t know what to believe. I may be nuts, but I saw it, whatever it was… I sat there stupefied. I was amazed." Meyer added to the newspaper that: "I saw it, and nobody can say I didn't."

Did the two events - one in 1953 and another in 1986 - involve one, strange, flying humanoid? Was the former story fabricated, and inspired, by the latter? It's doubtful we'll ever know the answer. Unless, that is, someone out there knows better.