The Matrix’s Blue and Red Pills: It’s the Real World

Finally, on this matter of hypnosis and mind-control - that I've written about for the last few days - , there's the way in which this revolves around not just the Men in Black and the Black-Eyed Children, but also in connection to the so-called "Contactees" of the 1950s. They were those controversial characters who claimed close encounters with very human-looking aliens, and who became known as the "Space Brothers." One of the Contactees, whose story fits right into this subject of mind-alteration, was Orfeo Angelucci. In correspondence with Jim Moseley of Saucer Smear, Angelucci said he had been visited in 1954 by people from both the FBI and U.S. Army Intelligence. That was not at all surprising, as most of the Contactees had files opened on them - largely because of their politics, rather than their alien claims. One of the stories that Angelucci shared with Moseley was particularly strange. On one particular night in December 1954, and after finishing working out in Twentynine Palms, California, Angelucci headed out to a local diner. That’s where things got strange. Angelucci recorded: "I felt a strangeness in the air. There is a cosmic spell over the desert most of the time, but tonight the mystery was less distant and intangible; it was close and pulsating."

Angelucci was soon deep in conversation - in that same diner - with a man who identified himself only as "Adam," a customer who claimed to be thirty-something and suffering from a terminal illness. Death was said to be just around the corner for the man. In an odd and synchronistic fashion, Adam claimed that he had read Angelucci’s book, The Secret of the Saucers, that he considered their meeting to be beyond just an amazing coincidence, and that he wished to share his thoughts with Angelucci before time ran out. As in quite literally. But, said Adam, before their conversation could begin, Angelucci had to swallow a pill. Of what kind Angelucci didn’t know. That didn’t stop him from doing exactly what Adam demanded from him, though. Angelucci took a gulp of water and the "oyster-white pellet" went down. For Angelucci, there was now no turning back. It didn’t take long before he felt weird, odd, and out of this world. Spaced out. Fucked up. In short, Angelucci had been drugged. It was almost like one of the most famous scenes in the 1999 movie, The Matrix, starring Keanu Reeves. You know the scene: the red pill versus the blue pill. But this was the world of the real. Not of Hollywood.

Angelucci said: "I took the pellet and dropped it into my glass. Immediately the water bubbled, turning slowly into the clear, pale amber contained in [Adam’s] own glass. I lifted the glass a few inches from the table, looking into it with a feeling that this might be the drink I dared not hope for. The exhilarating aroma rising from it could not be mistaken…I thrilled from head to foot as I took the glass, lifted it to my lips, and swallowed twice from it. At that instant, I entered, with Adam, into a more exalted state and everything around me took on a different semblance. No longer was I in Tiny's café in Twentynine Palms. It had been transformed into a cozy retreat on some radiant star system. Though everything remained in its same position, added beauty and meaning were given to the things and people present there. Almost as an aside, Angeluci said: "Among the patrons dining that evening were two marines from the nearby base. Sometimes they glanced our way as they talked and drank beer following their meal ." Angelucci said that Adam seemed oddly obsessed with the glass and was "fraught with expectancy." Suddenly, the sounds of music filled Angelucci’s ears. Incredibly, the music seemed to be coming from the glass itself. Or, rather, that’s how it seemed to Angelucci. The reality is that he was now completely and utterly stoned.

Angelucci stared at the glass and saw the figure of "a miniature young woman" who was dancing in that same glass! That’s right: the drugs were now kicking in to a high degree. Of the small woman, Angelucci said that: "Her golden-blond beauty was as arresting as the miracle of her projection in the glass. Her arms moved in rhythmic motion with the graceful thrusts of her dancing body." What began as a pleasant meeting between like-minded souls soon became a drug-driven interrogation. By Angelucci’s own admission, he spilled the entire beans to Adam: the nature of his encounters, and the words of his alien friends. There was even a debate on politics, which is rather telling. Angelucci staggered home, his mind hardly his own for the next few hours. 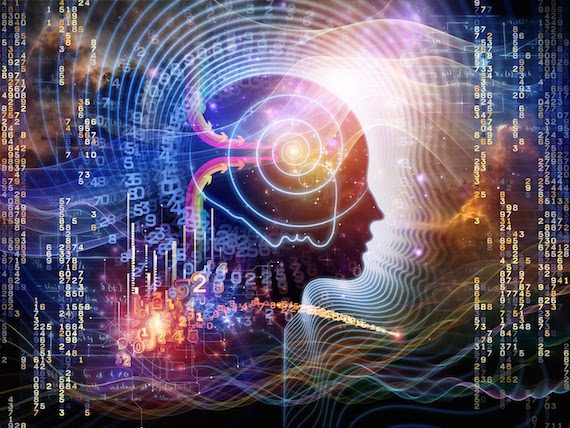 When it comes to the matter of this suspicious saga, it’s important to note the time-frame: the mid-1950s. This was the period when research into "mind-control" was at its height. Over the course of several decades, the United States’ intelligence community, military and government established and sponsored a number of programs relative to mind-control. Many of those programs were focused on creating chemical cocktails designed to interrogate captured (or defected) Soviet agents. The most notorious of the lot was Project MK-Ultra. It was a top secret project overseen by the CIA’s Office of Scientific Intelligence, and which had its origins in the Cold War era of the late 1940s and very early 1950s. To demonstrate the level of secrecy that surrounded Project MK-Ultra, even though it had kicked off years before, its existence was largely unknown outside of the intelligence world until 1975. That was when the Church Committee and the Rockefeller Commission finally began making their own investigations of the CIA’s mind-control-related activities. The story that unfolded would prove to be both dark and disturbing. The scope of the project was spelled out in an August 1977 document that was prepared by the Senate Select Committee on Intelligence and the Committee on Human Resources.

The authors of the document provided these words: "Research and development programs to find materials which could be used to alter human behavior were initiated in the late 1940s and early 1950s. These experimental programs originally included testing of drugs involving witting human subjects, and culminated in tests using unwitting, non-volunteer human subjects. These tests were designed to determine the potential effects of chemical or biological agents when used operationally against individuals unaware that they had received a drug." Was Angelucci drugged by someone posing as a friend, but who, in reality, was a ruthless figure seeking answers to what was motivating Angelucci to get involved in the controversial fields of the Contactee and Cold War-era politics? A case can certainly be made that this is exactly what happened.