The Mysterious Cursed Temples of India

Located in the Barmer district of Rajasthan, India, out in the desolate badlands of the Thar Desert is the ancient abandoned town of Kiradu, originally known as Kiratakup. It is an isolated place, the nearest town, Barmer, being about 35 kilometres away through harsh, unforgiving terrain. Despite this remote location, The area has a long history, with the region once ruled by the Kirad clan of Rajputs during 6th to 8th centuries, after which Kiratakup became a prosperous city in the 11th & 12th centuries, ruled by the King Someshwar of the Parmar Dynasty, and indeed it was the dynasty’s capital at one point. Despite its status as a major city and capital, it was a frequent target of foreign invaders, with much of the city destroyed at one point by the Turushkas, only to be rebuilt again and eventually deserted due to the relentless animosity it faced. Sometime between the 10th and 12th centuries, a series of five ornate temples were built here, which have indeed become the feature the place is most famous for. Yet mysteries and an alleged curse surround this place, and the temples of Kiradu are often seen as a haunted, forbidden place to be avoided. 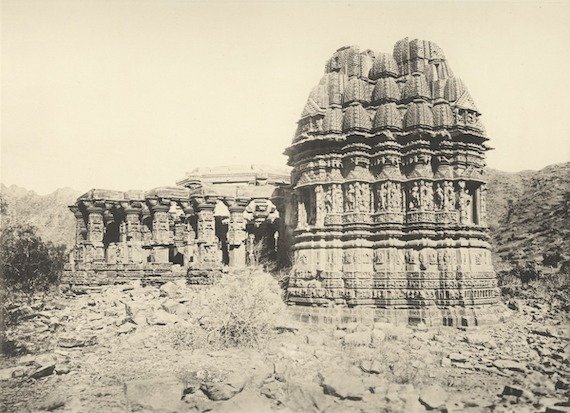 The temples themselves are dedicated to Lord Shiva and Vishnu, and are majestic sandstone structures built with highly decorated walls and pillars featuring countless sculptures and intricate carvings of all manner of figures, animals, gods, and goddesses. The temples are in various stages of succumbing to the wrath of time, with some of them possessing crumpling columns, collapsed ceiling, or decrepit walls, and one of them is little more than some ruined columns standing in the parched desert earth. Perhaps the best preserved one is called Someshvara, which is also the largest and most elaborate of them, and is also at the heart of the dark legends and rumors of curses that permeate this place.

The story begins during the reign of King Someshwar, at a time when the Turushka invaders were marauding through the region laying waste to all in their path. Someshwar knew he stood little chance in the face of this formidable enemy, and they were practically at his doorstep, so he sought the counsel of a great sage who lived in the area. The sage then came to Kiratakup along with some of his disciples, and with their help the kingdom managed to remain intact in the face of the enemy. When the threat was gone, the sage took leave of the city, but left a few of his disciples behind in order to provide advice and protection against further attack. Things went well at first, and the city knew peace, but they become complacent and negligent towards the disciples, failing to take care of them. When the disciples fell ill with a mysterious sickness, it is said that only the wife of a humble potter helped them even as their condition deteriorated to a dire state. The sage would eventually return to Kiratakup and became infuriated by the lack of gratitude and neglect they had shown towards his disciples, and it is said he flew into a rage, using his powers to conjure up an insidious curse on the city. Legend has it that he proclaimed "A place which has no humanity, must not be burdened with humankind,” before lying down a sinister curse that would apparently turn everyone in the city to stone after dusk. He only chose to spare the potter’s wife, who he warned not to look back as she left, but she failed to listen, turning into a statue when she looked over her shoulder to see her beloved city one last time.

The story of the temple curse quickly became well-known throughout the region, and to this day no one ever visits the temple complex after sunset. In fact, the entire complex is usually locked away behind an imposing gate to keep people out, partly out of concern for the dangers the crumbling runs pose, and partly out of the very real belief that the curse is real. There is even a statue of a woman near the outskirts of town, different from the other sculptures in the temples in its sheer realism, and it is said that this is the potter’s wife, eternally turned to stone after looking at the city against the sage’s orders. So strongly do the locals believe in this curse that no one will go anywhere near the ruins at sunset, and visitors and outsiders are turned away. The temple complex is also said to be roamed by ghosts, and it is a popular destination for Indian paranormal investigators.

It is hard to know whether this place is haunted, cursed, or both, as no one seems to be willing to stay at the temples very long and they are mostly devoid of any people at all, left to the elements and in a state of abandoned neglect. The only full time residents here are the herds of feral goats and perhaps the ghosts of the past, and it is a remarkably empty and bleak place for one with such history and magnificent temples. For now it remains a strange piece of lore, any truth to it buries in the mists of time, and it is certainly a weird, off-the-beaten path to try and explore if you are ever in the area.

Legendary Lost Nazi Warship Found Off the Coast of Norway