The Mysterious UFO Invasion of 1973

There was not really anything to make people think that the night of October 9, 1973 would be anything other than a normal evening in the sleepy residential area of Delaware County, Indiana. It started out as usual, people went about their business, but this was to be far from a normal night, and it would quickly spiral into one of the most curious and intense UFO waves on record.

The area was not known for its crime or for anything much really happening much of the time at all, but at around 10 p.m. emergency services switchboards began lighting up with numerous calls from scared residents reporting mysterious UFOs in the night skies, and this wasn’t just a few people here and there. Before long police had received 700 calls like this, and officers sent out to investigate also reported seeing the object, described as “blinking a red-white-blue revolving light and often hovering near the ground.” Meanwhile, an airfield in Fort Wayne picked up an anomalous radar signature, and the incident left officials in the area in a state of panic, wondering what to make of it all. Making it all even more mysterious was that this was only the beginning, and the UFO sightings would go on to spread like wildfire throughout the region. 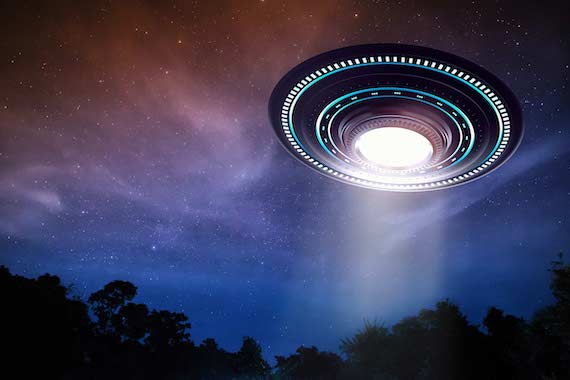 Later that same month, people in the area of Cincinnati, Ohio, and its surrounding communities began to flood emergency services with reports of UFOs as well, with a flurry of hundreds of callers from the region reporting bright lights in the sky. Such reports continued on throughout October, and some encounters really are quite dramatic. In one incident, terrified witnesses described how one of the UFOs even came down to land in the middle of main street in Trenton, and another witness claimed that a UFO had landed on her farm and killed two of her cows, and yet another claimed that a diamond-shaped glowing blue craft had tried to abduct her baby. There is also the account of an off-duty Air National Guard flight controller, who saw a “pulsating blue-ish-white object” fly out over and descend into a soybean field. There were so many reports that it was causing a mass hysteria, and fueling it all was that there were many reported power outages going on in the same areas where the UFOs were being seen.

While some of these might sound a little too bizarre, many of these witnesses to these UFO events were what one would call traditionally reliable, such as police officers, and officials. One policeman, a Sgt. Hugh, claimed to have chased a glowing, humming circular object for a few miles near the town of Greenfield, and sheriffs near Zanesville witnessed three pulsating globes over a local graveyard. Even the Governor of Ohio himself, John J. Gilligan, said he had seen a UFO shoot a “vertical beam of light.” The governor was so shaken that he would say in a press conference, “I saw one (UFO) the other night, so help me. I'm absolutely serious. I saw this. It was not a plane. It was not a bird. It didn't wear a cape. And I really don't know what it was.” 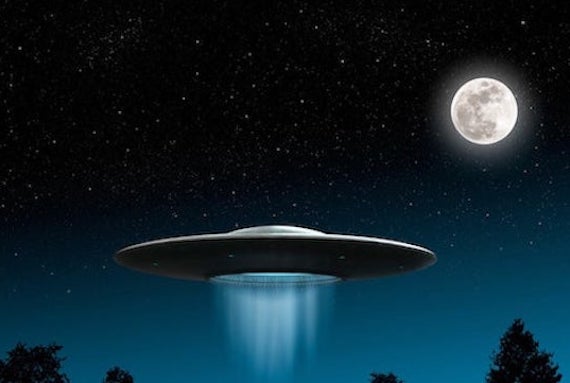 Perhaps the most well-known and oft-discussed encounter from the October 1973 “UFO Invasion” of the Midwest is that of a Capt. Lawrence J. Coyne, who on Oct. 18 was flying a U.S. Army Reserve Super Huey helicopter near Mansfield, Ohio, along with a crew of three others. As they flew, they say they saw an unidentified red light approaching directly towards them. The light was coming in so fast, that Coyne made evasive maneuvers, but the mysterious craft matched every movement. When the crew got a good look at the object, they could see that it was a cigar-shaped, windowless metallic craft with a bright red light perched upon its nose. This mysterious object then proceeded to hover in front of the helicopter and then without warning zapped them with a piercing green light like a searchlight, which lit up the entire interior of their aircraft. After a few moments had passed the light stopped and the UFO flew off as their helicopter lost its controls to send them in a spiral towards the ground, and their radio had gone dead as well. They were able to get the aircraft under control again, and were left with an experience none of them would ever forget.

All of these reports over the same general region at the same time was enough to cause a sort of mass panic, and it was splashed all over the papers at the time. It was feared that it would cause a nationwide panic if something wasn’t done, but then by Halloween the UFO reports just suddenly stopped, and the skies were quiet again. The story of the Midwest Invasion has gone on to be much discussed, and is even said to have been the inspiration for Steven Spielberg’s classic Close Encounter of the Third Kind. Many of the reports were compiled and collected by local UFOlogist Kenny Young, who says of the 1973 wave of UFOs:

The unusual aerial events happening during the October 1973 time-period remains one of the most fascinating of all UFO happenings, an intense and disturbing siege that no dismissive hypothesis or explanatory venture will easily rob of its strangeness. 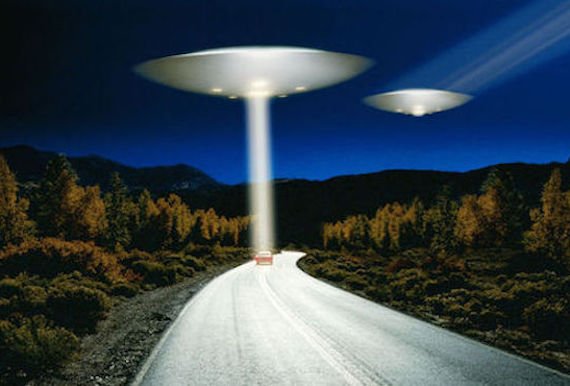 There have been a few theories on what happened back in October of 1973. One of the most prominent is that this was all misidentifications of military aircraft involved with a military operation called “Operation Nickel Grass,” which saw the U.S. Air Force launching numerous large transport planes for the purpose of supporting Israel during the Yom Kippur War. The war began on October 6, when Egypt, Suria, and other Middle Eastern countries attempted to invade Israel, and Operation Nickel Grass was the U.S. response, beginning on October 13 and seeing numerous aircraft taking off for several weeks nearly around the clock. The idea here is that civilians may have mistaken all of these planes for UFOs, but it seems unlikely considering that the planes, mostly C-141 StarLifters and C-5 Galaxy cargo planes, looked and acted like planes, not the various other weird craft reported, and many of the witnesses were professionals who would have been unlikely to mistake a cargo plane for a maneuverable UFO. The Coyne incident was also definitely not a cargo plane. Other ideas are that there was some sort of meteor shower or that this was all simply a mass hysteria, but of course there is the possibility that this region was visited en masse by forces we cannot comprehend. If is were the case, then what were they and what did they want? We may never know the true answers, and the 1973 "UFO Invasion" remains a compelling piece of UFO lore.

More on the Matter of Creepy Horrors and Hypnotism