The Mystery of the Baghdad Batteries

In 1936, workers at archaeological excavations of monuments belonging to the Parthian civilization (248-226 BC) in the village of Khujut Rabu, near Baghdad, Iraq, stumbled across something unusual down in the ground. They found an ancient, weathered terracotta pot or jar, about 6 inches high, which contained a cylinder made of a rolled copper sheet, within which sat a rod of iron, and the whole of it was topped with plugs or stoppers of bitumen. The innards of the jar had been corroded with perhaps some sort of acidic juice or vinegar, and the whole of it was very odd and out of place amongst the other artifacts of the era that were being dug up. Others were found, twelve in all, and no one could figure out what the anomalous objects were supposed to be or what they were used for. At the time, the strange jars and the inexplicable contents were put on display in the National Museum of Iraq and sort of forgotten about. Little did anyone know that these unassuming little pots would turn out to be a persistent historical mystery. 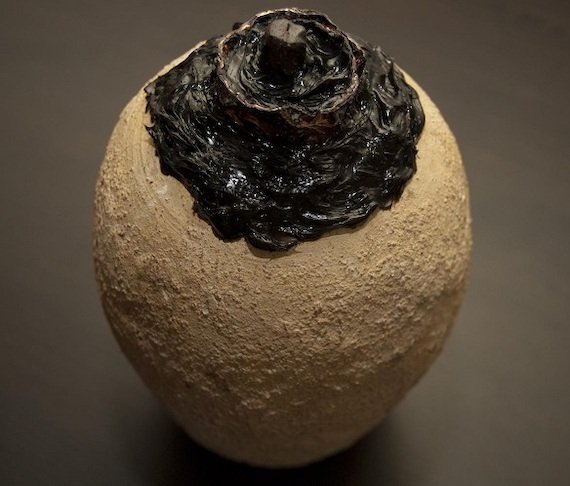 It would not be until 1938 that anyone would take a really good look at the artifacts, when German archaeologist Wilhelm König was at the museum and saw one sitting there amongst other objects from the site, including some other similar jars. The curious objects drew his attention and he had them studied, deducing that they were from the 3rd century BC and were a form of crude galvanic cells, or basically electric batteries. He deduced that the iron and the copper were mounted in such a way as to insulate them with the bitumen, or asphalt, after which an electrolyte such as vinegar or some other acidic substance had been poured in to produce a voltage difference generated by the metals. He speculated would have been used for electroplating layers of precious metals such as gold onto objects.

Whatever the "batteries" were for, if that is what they were this would all be very interesting indeed, because it would usurp the generally held view that the battery was invented in 1800 by the Count Alassandro Volta, whose name is indeed where we get the word “volt.” If these were indeed batteries, then it would mean that human beings had created this technology thousands of years earlier than previously thought. König would go on to write a paper on this hypothesis in 1940, after which World War II came and the “Baghdad Battery” was forgotten once more. After the war, a Willard F. M. Gray, of the General Electric High Voltage Laboratory in Pittsfield, Massachusetts, did his own experiment with the battery and found that it could produce up to two volts of electricity, or about a fortieth of the power of a triple-A battery and other experiments produced similar results, further strengthening König’s case. In 1980, German scientist Egyptologist Arne Eggebrecht found that the voltage could be increased if several of the batteries were linked together, and demonstrated that the devices could produce enough electricity to gold plate a small statue when a gold cyanide solution was used. In more modern times, in 2005 the Discovery Channel TV show Mythbusters it was shown that ten replicas of the Baghdad Battery linked together could produce five volts of power. The problem with the experiments linking the jars together is that there is no evidence that the original jars ever had any sort of wires or electrical connections for links between them. 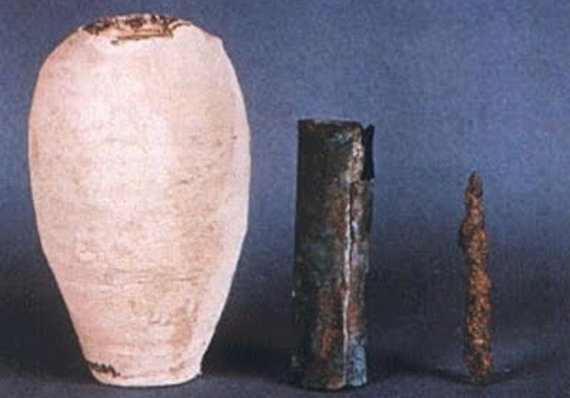 Although the idea that the Baghdad Batteries were some sort of batteries was and still is widely accepted by many, it is unknown for what purpose such a device would have been used, as there are no artifacts from the time of anything that would have required such a power source, and while many experiments work on the assumption that the power was used for electroplating, there is no evidence of gold plated items produced in such a way from the era these batteries supposedly belong to. Besides electroplating, it has been speculated that the devices were used for electrotherapy of some kind, for some theatrical or ritual purpose, or even that these were merely vessels for holding papyrus scrolls. Other more fringe ideas are that these were from aliens, or that they were made to power some as yet unknown and mysterious ancient technological device. No one really knows, and sadly we probably never will, as the original batteries vanished during the 2003 Iraq invasion, when the National Museum was looted and thousands of exhibitions were stolen or destroyed.

We are left to wonder what these strange objects were. Who made them and for what purpose? Why have there been no others found? Were they used for powering something, medicinal purposes, or were they simply some bored person's little science project? Among the many instances of ancient technology that have been found over the years, the Baghdad Batteries have gone on to be continually discussed and talked about, as well as unsolved.