The Mystery of the Kokomo Boom

The evening of April 16, 2008, started out like any other for the residents of Kokomo, Indiana, in Howard County just about 50 miles north of Indianapolis. People were in their homes enjoying the quiet evening, but this was not meant to last. However, on that evening the lives of the people of this quiet, historic city were about to be quite literally shaken up by a mysterious event that has still not been totally solved.

At approximately 10:30 p.m., there began a series of thunderous percussive booms that reverberated throughout the area and physically shook houses and rattled windows. Some frightened residents who looked outside would claim to have seen streaks of light in the sky, while others said that the whole sky was awash with light as if on fire. The massive booms were felt over three counties, sent dogs into a frenzy, car alarms were blaring, and for the startled and frightened residents it may have seemed like the world was coming to an end. Within 15 minutes the emergency lines had received over 150 panicked calls from residents, and it would turn out that thousands had experienced it all over the region. Before long there were police helicopters in the air searching the area. One witness would say:

We heard the explosion; it shook our house. It went on for a little bit. It extended out for a little bit. When I ran out the door there was a ball of flames shooting everywhere. I tried calling news stations, but lines were busy. Channel 6 News helicopter is flying over the area right now. It's kind of weird because we heard a loud explosion, the lights moved and did their thing, and then they fell crashing down. … The police are looking in fields and in homes with flashlights and they originally thought a plane crashed, but they can't find a plane? 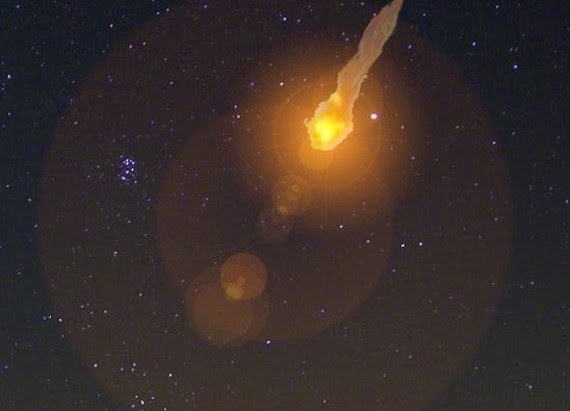 Indeed, it was at first it was thought that this must have been a plane crash, but even after extensively scouring the entire region there was absolutely no sign of any crash or debris from a plane. In the meantime, both the military and the Federal Aviation Administration reported that they had no aircraft missing, furthering the mystery. One sheriff’s deputy would say in a radio transmission:

Grissom [Air Reserve Base, near Kokomo] just advised me their security forces advised that there’s not any military aircraft that’s been up or doing anything in that area because they just contacted Ft Wayne as well, just to make sure.

The main theory then became that there had been a meteor shower, but none were scheduled for that evening, and it seemed unlikely that this could have caused the earthshaking disturbances that so many witnesses were reporting. It also did not explain some information brought up by UFOlogists that there had been three radar signatures tracked that displayed “unusual flight characteristics.” At around this time, the Indiana Air National guard from in Fort Wayne came forward to state that it had had F-16 fighter jets in the area at the time carrying out training exercises in airspace at the Hilltop Military Operations Area, and that flares and sonic booms from this could have been responsible. One Col. Jeff Soldner, 122nd Fighter Wing commander, would say:

Right now, we are just getting in to what's called air combat training which involves multiple number of aircraft flying either against each other or with each other trying to effectively defend a point or to shoot down other aircraft. The boom that I think occurred last night was a sonic boom. That occurs when the aircraft passes the speed of sound when airborne. In this case, it distinctly pointed at one of our aircraft that was at about the location where the explosion was heard. There were also flares used. These are defensive flares that are ejected from the aircraft when the pilot thinks he's being shot at. It's meant to deflect an IR-guided missile. The flares were released above 10,000 feet in accordance with the long-standing guidance for the Hilltop Military Operations Area (MOA) that extends from Grissom Air Reserve Base to West Lafayette and includes Logansport, 30 miles north of Indianapolis bordering Kokomo. I have ordered a thorough investigation to be conducted into why the incident took place.  I have also ordered that our Flying Squadron conduct a complete review of the tactics that were in practice at the time.  We will insure that our pilots review airspeed restrictions in all of our practice flight training areas, and that these restrictions are briefed prior to each flight. 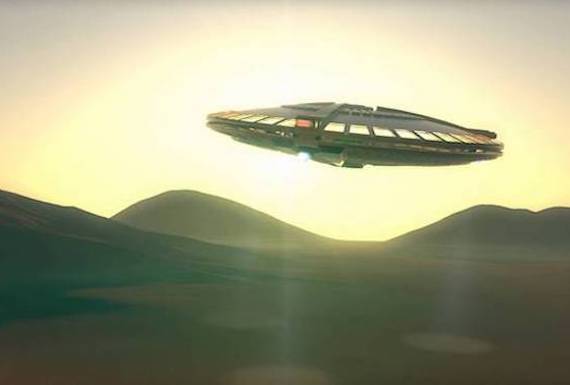 It seems to wrap up things nicely, but there are several problems with this belated explanation. One is that this admission of training exercises came 15 hours after the original reports, after law enforcement had desperately searched for a cause and had indeed confirmed with Fort Wayne that there were no military aircraft in the air at the time. Why would they suddenly step forward to say that in fact they had been carrying out training operation? Also odd is that they would be doing these maneuvers at 10:30 p.m.at night when many people in this residential area were settling in for the night, especially since the airspace here forbids sonic booms. Although there was promised an investigation, no other word has come forth, and all of this has caused skepticism of the official explanation and rumors of a cover-up.

Interestingly, the Kokomo area has long had quite a good amount of UFO activity, with the National UFO Research Center estimating that the area has had over 40 confirmed UFO sightings from between 1996 to 2017, and in previous years at least eight sightings from the area were investigated by the United States Air Force Project Blue Book committee looking into UFOs. It is also curious that around a dozen UFO sightings were reported from various areas in the region on the very night of what has now come to be known as the Kokomo Boom.

The mystery of the Kokomo Boom has been covered on TV shows such as Discovery Channel’s Investigation X and History Channel’s UFO Hunters, and the case continues to be picked apart and debated. What happened on that evening back in 2008? Was this a meteor shower, a military training exercise as they would have us believe, or something altogether stranger? For a good many the case has not been closed just yet, and the mystery remains.