The Peril of the Paranormal: Putting Threads Together That Have No Real Connections

An interesting question was put to me just a few days ago. It's an important question, too. It went like this: "To what extent do you think researchers in the field of the paranormal are guilty of putting threads together that actually don't have any real links?" Well, yes, this can be a problem. I have to say, though, that I see this occur far more in the field of conspiracy-theorizing. For example (and in a pretty tasteless fashion), when, in 2009, author Mac Tonnies died at the age of just thirty-four, people contacted me to see if I felt Mac's death was suspicious. Of course, it wasn't suspicious at all. Rather, it was just very tragic. He passed away from cardiac arrhythmia. You don't have to be old to die from it. But, some just couldn't leave it alone. In their minds, there had to be a conspiracy. Another example: while doing a late-night radio interview a few weeks back on the Men in Black, the connection kept dropping. The host was sure this was somehow connected to the subject-matter of the show: the MIB. There's also the fact, however, that the skies were black, thunder was rumbling, and the show-producer insisted that I did the show by my landline phone. When the electric finally went off, we were screwed. And, when the host then called me on my smart-phone to finish the interview, I had to listen to a few minutes of him ranting about why none of this was coincidental. The words "weather control" even got into the debate. I kid you not.

In other words, it's all too easy to see how something can be blown up into much more than it really is. I'll give you an example of this. It's an example that I've put together myself in the last ten-minutes. It might look good to some, but the fact is it's nothing more than a case of me weaving threads at random and making a case of the sensational type. My example of the "unconnected threads" revolves around Loch Ness, Scotland and its portal that allows people to travel through time. Of course, there's really no such thing at all. But, sit back and take a look at how incredibly easy it was for me to make it look like there is a connection. Here we go: One of the strangest stories of paranormal weirdness at Loch Ness comes from an author and friend on all manner of mysteries, Andrew Collins. As Christmas 1979 loomed, Andy – with colleagues Graham Phillips and Martin Keatman - spent a week in Scotland, investigating the Nessie enigma. It involved interviewing witnesses, spending time poring over old archives in Inverness' library, and checking out the loch itself. It was while they were deep in the heart of their investigation that the trio uncovered a very weird story. Back in the early 18th century a young couple inexplicably vanished while riding a horse and trap near Loch End, on the south shores of Loch Ness. Rumors circulated that the pair was either murdered or abducted. And neither the horse nor the trap were ever seen again. It would have remained a complete mystery, were it not for one thing; a very uncanny thing. 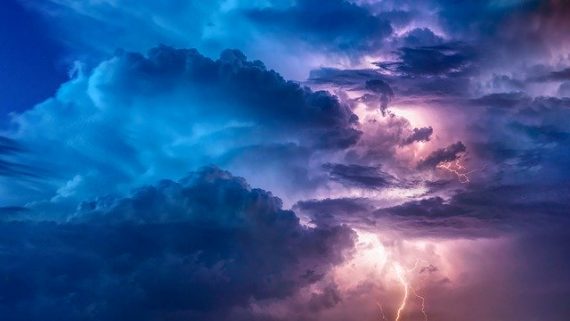 More than one hundred years later, and at the height of a tumultuous thunderstorm, a young man and woman walked into a local almshouse, inquiring if the priest that oversaw it would give them shelter for the night, which he did. The priest couldn’t fail to see that the pair was dressed in the kind of clothing that was popular around a century or so earlier. Plus, they seemed very confused, dazed and bewildered, and completely unable to explain where they were from. They remained in that odd, altered state for a couple of days, after which they simply walked out of the almshouse and were never seen again. When the story got out, however, several of the locals recalled old tales of the events of a century earlier, and the missing pair of young lovers. Was this, perhaps, a case of a slip in time having occurred? It might have been. It's also a fascinating story that I could - if I wanted to - use to bolster that time-portal theory even more. Take a look:

During the course of his investigations into the world of the U.S. government's Remote-Viewing programs, Jim Marrs learned something incredible. Namely, that the RV team, at one point, had focused their psychic skills on the Loch Ness Monster. In doing so they stumbled onto something amazing, and which added much weight to the argument that the Nessies are supernatural in nature. Marrs said that over the course of a number of attempts to remote-view the Nessies, the team found evidence of what appeared to be physical, living creatures – ones that left wakes and which could be photographed and tracked. They even prepared drawings which suggested the Nessies might be plesiosaurs. But, there was something else, too: the ability of the creatures to vanish – as in dematerialize. The remote-viewers were in a collective quandary: their work certainly supported the theory that some seriously strange creatures lurked deep in Loch Ness, but they were creatures that seemed to have supernatural and abnormal qualities about them. Of course, in light of that story of time-traveling at Loch Ness, you could make a case that the reason why the Nessies are so elusive is not because they are paranormal in nature, but because they have the ability to surf time - just like that 18th century couple referenced above - and exit the present for the future. And return again. Again, I don't buy into the scenario that the Nessies are time-travelers, but, when there is already a story of time-slips, you can see how a case could be made. 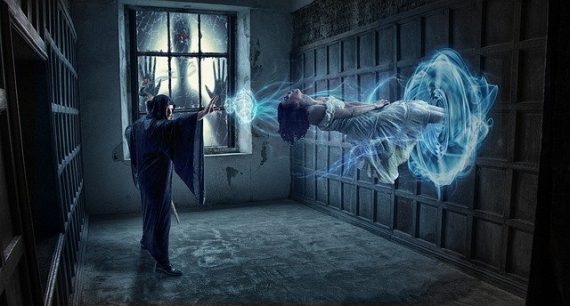 I could also make yet another reason as to why there might be a time-portal at Loch Ness. There is the story of a man named Peter Smithson, who told ghost-investigator, Bruce Barrymore Halpenny, of his encounter with a ghostly airman at the loch in 1978. Smithson said it was early one morning, just as dawn was breaking, when he saw someone coming towards him – from the depths of Loch Ness. Smithson’s first reaction – and a quite natural reaction – was to assume there had been some kind of accident. It was easy to understand why Smithson assumed that, as the man before him was dressed in military clothing, and was dragging behind him a parachute. But, what baffled Smithson was the fact that the uniform the man was wearing was clearly out of date. It was far from modern-looking and far more befitted the era of the 1940s, when the world was engaged in trying to defeat the hordes of Adolf Hitler. Smithson shouted to the man, to see if he was okay. The response Smithson got was an eerie one: the man slightly turned and pointed towards the waters of Loch Ness. Smithson said that the man suddenly dematerialized, leaving him with a"“funny feeling," and a suspicion that what he had seen was "a ghost airman." He commented: "What a damn fool I felt, confronted by a ghost, my camera around my neck, yet I never had an inkling to take a photo."

Some might say - and in light of our theoretical portal into both present and past - that Smithson's spectral airman was nothing of the sort. Maybe, Smithson really got a brief glimpse into the 1940s - and not of a tortured, spectral soul forever destined to haunt the famous loch. It's so easy - and tempting - to make a case that all of these stories are somehow connected. In fact, it's too easy: knowing the history of Loch Ness and its resident monsters, I was able to create a link between all of these issues in just a few minutes. As all the above makes abundantly clear, it's not a difficult thing to conclude there could be a time-portal at Loch Ness. But, I'm absolutely sure there is no such portal at all. Rather, I see it as a bunch of unconnected events and incidents that can so easily be blended together. And, that's the big hazard: the temptation to create a unified theory that, in reality, may be nothing of the sort. Just like the one I created for the readers of Mysterious Universe in a few minutes.  So, yes, putting threads together that have no real connections can easily occur - and totally and innocently, too. And it can be a hazard. Remember that.