The Strange Biblical Mystery of the James Ossuary

Some of the most mysterious and sought after historical artifacts of all time hail from the Biblical era of history. Things like the Holy Grail have become some of the most enigmatic items there are, highly sought after but ever evasive, but for all of the well-known objects like the grail and the Ark of the Covenant that remain beyond our grasp, there are other, lesser known yet no less important artifacts that have apparently been found. One of these must certainly be a small, unassuming box which, if it is real, might pose the very fist solid archeological evidence for Jesus Christ being an actual real person.

In 2002, an engineer and collector and expert in Israeli antiquities by the name of Oded Golan approached a professor André Lemaire, a Semitic epigrapher at the Sorbonne University, in Paris, with a curious artifact he wanted appraised. The object in question was a limestone box that had apparently come from a cave, measuring 19.9 in × 9.8 in × 12.0 inches in dimension, and which seemed to date back to the 1st century. The box appeared to be what is called an "ossuary," which is a type of box once used as a depository for storing the bones of the dead, usually those of the wealthy elite. The corpse of the dead would be placed in a catacomb for approximately a year, after which the bones would be moved and interred within the box for their final resting place. Ossuaries were known to carry various engravings, designs, and inscriptions, and this one was no different, but one of the engravings stood out. There, on the side of the box was an inscription in ancient Aramaic that said “Yaakov bar Yoseph achui de Yeshua," which in English means "James, son of Joseph, brother of Jesus.” Lemaire was taken aback by this, because if it was genuine it would possibly provide the first actual physical archeological evidence for the existence of a real Jesus of Nazareth, and could possibly be the ossuary of James the Just, who was the son of Joseph and Mary, making him the flesh brother of Jesus, and he was also the writer of the Book of James. It was so groundbreaking in scope that Lemaire would excitedly write of the discovery in the November/December 2002 Biblical Archaeology Review. 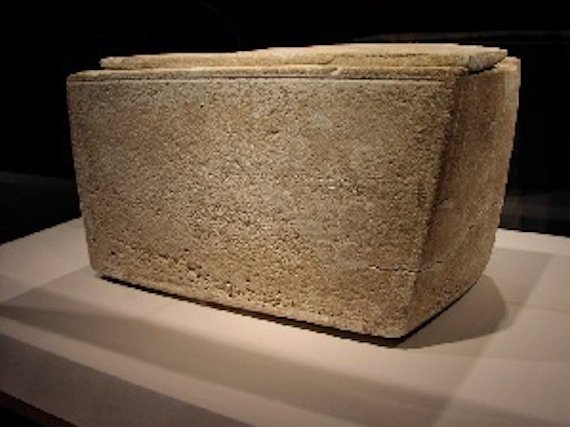 In the meantime, the existence of the ossuary was announced by the Biblical Archaeology Society, and immediately generated much discussion, debate, and controversy, becoming a worldwide phenomenon in the process. After all, if this was the real deal, it would mean that Jesus of Nazareth was a real person outside of textual references, and affirm the beliefs of millions of people around the world. The box itself was analyzed by several independent scholars of ancient Hebrew and archaeologists, to find that the ossuary indeed did date back to the 1st century without question. This solved one part of the puzzle, in that it seemed to really be a genuine ancient artifact. The problem was with the mysterious inscription mentioning Jesus Christ, and what its significance was. For skeptics, the inscription was mostly real, except for the last part stating “brother of Jesus,” which was suspected as perhaps being a forgery.

Much debate and conflicting research revolved around those few words in the inscription. According to André Lemaire, the one who had first translated it and one of the most well respected Semitic epigraphers in the world, he believed that the inscription was authentic due to its unique cursive Aramaic script and the fact that it did not appear to have been inscribed with modern tools. The Israel Geological Survey did its own tests on the ossuary and determined that the inscription had a uniform patina or sheen that was consistent with being from the 1st century, and which was the same across the entirety of the inscription, making it unlikely that it could have been made in modern times. However, skeptics were quick to point out that the part of the inscription that says “brother of Jesus” was seemingly significantly shallower that the rest, suggesting it had been added later, and this was bolstered by the fact that, although ossuaries often mentioned the father of the deceased, they almost never mentioned the brother. To these skeptics, the answer to the mystery was simple; someone had added that part in more contemporary times, possibly Golan himself. This was made even more plausible considering the fact that Golan had been found to have dealt with forged artifacts in the past and had indeed been convicted of it before.

The Israeli Antiquities Authority (IAA) agreed, and in 2003 came to the conclusion that the inscription was a fake, at least the part mentioning Jesus of Nazareth, and that it had been fraudulently made to look older through the use of a chalk solution. Golan would be charged with forgery, fraud, and deception. Despite anyone being unable to offer definitive proof that the James Ossuary was a fake, Golan was put on trial and the controversy would fire up even more, with various experts called in by the persecution and the defense that would often come to contradictory conclusions, and talk of a conspiracy being carried out began to surround the proceedings. 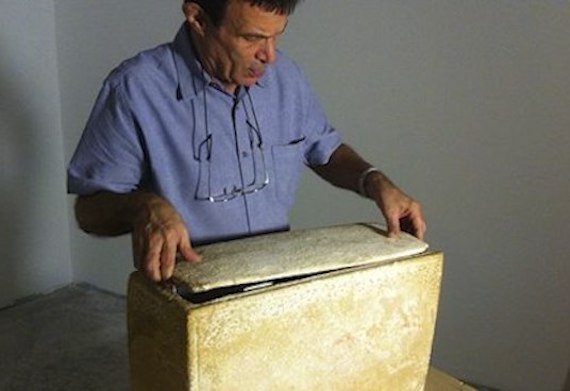 There was plenty of support for the claim that the inscription was authentic. For instance two paleographers, an André Lemaire of the Sorbonne and Ada Yardeni of the Hebrew University of Jerusalem, both stated that they believed it to be genuine, and several experts on inscriptions expressed doubt that there was any way for Golan to have convincingly forged the inscription and made it appear to be so old without access to very advanced equipment and expertise. Wolfgang Elisabeth Krumbein, a world-renowned expert in stone patinas, would say of this:

Any forgery of three very distinct types of patina, if ever possible, requires the development of ultra-advanced techniques, in-depth knowledge and extensive collaboration of a large number of experts from various fields.

Even so, other archeological experts were skeptical, and this atmosphere of conflicting experts and contradictory findings made the whole trial complicated, indeed. No one could seem to agree on whether it was real or not, and this was all constantly overshadowed by the refusal of the Israeli Antiquities Authority to budge on the matter, continuously stating that it was a forgery and sparking rumors of a cover-up. After all, if genuine, the James Ossuary would challenge the established Catholic dogma of Maria as sempre vergine, or the ever virgin, with the Vatican refusing to accept that Jesus ever had any brothers, which has provided certain ideological and political reasons to those behind the scenes who might want to suppress the idea that the ossuary could be real. This is seen as reflected in the fact that it seems that the government had very little in the way of evidence to prove their case.

In the end, the prosecution was unable to prove their accusations beyond a reasonable doubt. Golan was acquitted on charges of forgery for the ossuary, and though he was still convicted of other cases of dealing in the illegal trading of antiquities the ossuary was returned to him and he was let go for that particular artifact with barely a slap of the wrist. And that is pretty much the end of it for most. There has been very little follow-up on the James ossuary, and it has undergone little further analysis. It is perhaps potentially one of the most amazing Biblical archeological finds there is, possible true evidence of an actual Jesus, yet it has just sort of floated off to be buried and little discussed. The few who do look into it can still not agree whether it is genuine or not, and so it is still unknown just how authentic it is, whether it is a hoax or not, whether it was covered up, or what exactly it all means, and the James ossuary has become a rather odd little historical mystery for which we may never have concrete answers.

Before the Crop Circle There was the “UFO Nest”