Joseph Force Crater was having a very successful life in 1930. Having received his law degree from Columbia University in 1916, he went on to rise through the ranks of law, ultimately to achieve the position of Justice of the New York Supreme Court for New York County. He was a well-respected, powerful man with a very storied career behind his belt and political connections all over the place. He was not without his scandals, such as the rumors that he had bought his high position and the fact that his womanizing ways were one of the city’s worst kept secrets, but for the most part it seemed that he had the world in his pocket and that he was untouchable. However, in August of 1930 dark clouds began to form, and Crater would go on to become one of the most mysterious missing person cases of the 20th century, and dubbed “the missingest man in New York.”

In the summer of 1930, Crater took a break from doing preliminary investigations for what would become known as the Seabury investigations, a legislative committee formed to deal with political and police corruption in New York City, in order to take a trip to his vacation home in Belgrade, Maine, along with his wife Stella Mance Wheeler. While they were there, Crater received a mysterious phone call one evening, after which he told Stella that he had something very important to attend to in New York and that he would come back right away. He then made a quick trip to Atlantic City, New Jersey, and then headed off to New York, where his clerk would later claim she had seen him destroy some documents, move some other documents to his private residence, and then arrange 5,000 dollars, which would be equivalent to around $80,000 in today’s money, to be withdrawn from his bank account. The clerk also said that she had helped him move to locked briefcases to his apartment and then been told to take the day off. After this, Crater bought a single ticket for a comedy called Dancing Partner at the Belasco Theatre and then arranged to have dinner at Billy Haas's Chophouse in Manhattan with his lawyer friend William Klein and his showgirl mistress, named Sally Lou Ritz.

At this point in time, Crater would later be described as having been in very good spirits and not acting strange or out of the ordinary in the slightest, so when dinner was over and he casually jumped into a taxi on west 45th Street no one thought anything of it. At the time it was just assumed that he was off to see his play, but little did anyone know that this would be the last time anyone would ever see or hear from him again. Interestingly, it was not until 10 days later, when on August 16, 1930, he had still failed to show up to his cabin to see his waiting wife, that anyone would realize that anything was amiss at all. Stella called around to Crater’s friends and associates, but no one had seen him, and when Crater didn’t appear for his scheduled court case on August 25 things were seen as being alarming and authorities were finally notified on September 3. A search of his apartment showed that the briefcases that he had allegedly stowed there were missing and his safe box had been completely emptied, but there were no clues as to what had happened to him. Indeed, all of his clothes were there other than the ones he had been wearing, and his travel bags and his beloved monogrammed watch, pen, and card case, which he reportedly carried with him at all times, were all accounted for. It seemed as if he would come back home at any minute, but he never would, and the mystery would continue.

Considering Crater’s high profile standing, when word of his disappearance got out it was all over the news and generated massive publicity. As soon as it hit the news people were wildly speculating on what had happened to Crater, and there were rumors that he had run off with one of his many mistresses or had been snuffed out by one of his alleged connections in organized crime or by a partner in one of his many suspicious alleged financial dealings. Another popular theory was that one of Crater’s known mistresses, a woman by the name of June Brice, had been trying to blackmail Crater and had had her mobster boyfriend kill him. She would oddly vanish when the authorities tried to put her on trial. None of these theories had any concrete evidence to back them up, and an official trial involving 95 witnesses and 975 pages of testimony would come to the conclusion that there wasn’t enough evidence to point one way or the other, with a court report reading:

The evidence is insufficient to warrant any expression of opinion as to whether Crater is alive or dead, or as to whether he has absented himself voluntarily, or is the sufferer from disease in the nature of amnesia, or is the victim of crime.

The only new lead that would come up was in 1931, when Crater’s wife turned up some envelopes that had not been there when police had searched the place extensively, and which contained checks, stocks, bonds, and a note from Crater listing those who owed money to him. Among the various contents were $6,690 in cash, $2,600 worth of checks Joseph had signed and made payable to himself, several other third party checks, all very high amounts of money for the era, Crater’s will, life insurance policies totaling $30,000 and listing Stella as beneficiary, and a scrawled note that read, “Love, Joe. This is all confidential. I am very sorry.” Although the sudden appearance of these eerie envelopes and their contents were really very mysterious, especially since the apartment had been under 24-hour surveillance by authorities, it didn’t lead anywhere in the end. How did those envelopes get there? Had the police simply missed them the first time around? Did someone sneak in and plant them there, and if so why and how did they do it? What was the meaning of the contents? No one knows. 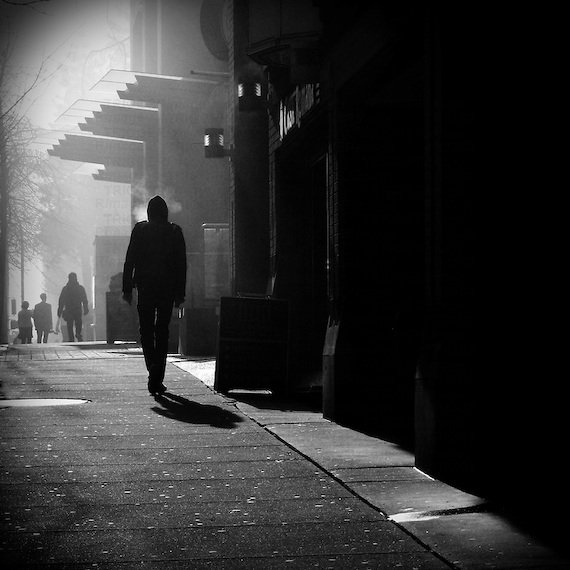 In the meantime, Crater was being sighted all over the place like some sort of Loch Ness monster, in such far flung places as the South Seas, the California mountains, a hunting lodge near the Canadian border, and with the French Foreign Legion. None of these sightings would lead anywhere, Crater was officially declared dead in 1939, and the case would be closed in 1979. Despite this, sightings of Crater continued to come in, and in 2005 there was a rather big new lead in the dead case. It came from a 91-year-old woman named Stella Ferrucci-Good, of Queens, New York, who had died in April of that year and left behind an envelope on which there were written instructions to open it upon her death. Within the envelope was a handwritten letter that took everyone by surprise, as it implicitly stated that her husband and several others had murdered Joseph Force Crater, including a police officer by the name of Charles Burns, who also happened to have worked as a bodyguard for Murder, Inc. enforcer Abe Reles. Not only that, but it even stated where the body was buried. According to Stella’s note, they had unceremoniously dumped the corpse beneath a section of the Coney Island boardwalk. This presented a problem, as that area had long been built over, and was now the New York Aquarium, and furthermore there were no official records of any human remains being dug up during the aquarium’s construction. There were of course rumors of skeletons being dug up there, but they could have been anyone and if they were real they would have long ago been moved to Potter’s Field to anonymous graves. In the end, this shocking letter did little in the way of actually leading to solving the case, and it remained a mystery.

What happened to Joseph Force Crater? Did he run off with one of his showgirl girlfriends? Did he finally meet his match in the political battlefront and pay the price? What is the meaning of all of the clues and those strange letters left behind for his wife? Just how did he manage to leave that restaurant and disappear without a trace despite being one of the most well known people in the city at the time? Was this foul play, a hit perhaps, or something else? No one knows, and Crater remains one of the most famous missing person cases in American history, his case has never been solved, and still holds his title as the missingest man in New York.

Remains Of A 3,000-Year-Old Village With Lots Of Artifacts Unearthed In Poland