If you are wondering what the "Australian tektite field" is, its formal title is the "Australasian strewn field." What it demonstrates is that in ancient times certain portions of our world were effectively torched. Meteoritics and Planetary Science said: "Early workers, including such astute observers as Charles Fenner, George Baker, and Edward Gill, who picked up pristine tektites on the arid and ancient surface of Australia, became convinced that this shower of glass had arrived very recently. Ages around 10,000-20,000 years were usually quoted. As some early radiometric age determinations of tektites gave spuriously old ages, these data fueled the notion that the age of the fall was disconnected to the time of formation of tektites." And what - you may very well ask - are tektites? This is where things get really interesting. Tektites are small, glassy bodies that are near-identical to the equally glassy trinitite that was found at the detonation site of the first atomic bomb in New Mexico in July 1945, just a few weeks before the destruction of the Japanese cities of Nagasaki and Hiroshima. 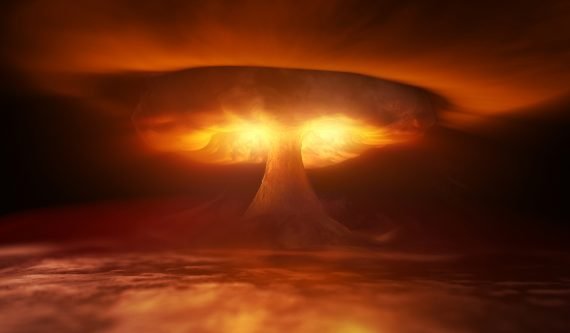 The Los Alamos National Laboratory state the following on all of this: "Trinitite has also been referred to as atomsite or Alamogordo glass (after a nearby city). Ultimately, it is a glasslike substance that was created from the sand and other materials at the Site during the intense heat of that first atomic test. Relatively recent research (2005) indicates that, upon explosion, the ground was likely pushed down initially, then rebounded, forcing material into the fireball. As indicated in the display, the ground was vaporized before eventually raining down in the form of trinitite droplets. While most trinitite is light green (due to the iron that was present in the sand), other samples contain some of the iron from the tower on which the 'Gadget' was detonated, and those look black. Yet other slightly red samples contain copper from the electrical wire used in the experiment."

Forbes say the following: "It's often hard to appreciate how quickly energy gets released in something like a nuclear explosion. The shockwave from the initial blast was so powerful it was felt from over 100 miles (160 km) away, with the mushroom cloud reaching 7.5 miles (12 km) in height. The above photo, taken just 16 milliseconds (0.016 seconds) after detonation, shows a blast explosion about 660 feet (200 meters) high, but it's what happened below, on the ground, that really was surprising. Beneath the explosion location, an enormous crater formed. The landscape was incredibly scarred, and in many place, melted by the nuclear explosion."

The Smithsonian Magazine provides these words: "No one commented on the glass at the time—its creation was the least of the Gadget’s spectacular effects—but visitors to the site after the war noticed the unusual scattering of glassy mineral that surrounded the shallow bomb crater and began collecting pieces as souvenirs. 'A lake of green jade,' Time magazine described it in September 1945. 'The glass takes strange shapes—lopsided marbles, knobbly sheets a quarter-inch thick, broken, thin-walled bubbles, green, wormlike forms.'"

In 2001, Science Frontiers stated the following: "The extent of the immense Australasian-tektite strewn field implies a hard-to-miss crater about 100 kilometers in diameter. Yet, despite the geological recency of the event and despite much geological surveying, no convincing crater has been discovered…The mystery deepens when one realizes that whatever cataclysm sent the Australian tektites aloft may have been comparable in magnitude to the impact that extinguished the dinosaurs (and other fauna) some 65 million years ago. This much older event has its crater buried below the Yucatan and is further marked by widespread biological extinctions. In contrast, the Australasian-tektite event is not only minus an obvious crater but seems to have had scant effect on the earth’s cargo of sensitive life forms. It was a strangely 'gentle' event despite the rocky deluge of tektites. What really happened?"