Based on new research, scientists have discovered three salty lakes below Mars’ south pole and there could be several others.

Back in 2018, scientists found evidence of a subsurface lake located about a mile underneath the ice at the south pole. In order to study that lake, experts analyzed data gathered from the MARSIS radar sounder instrument that’s located on the European Space Agency’s Mars Express spacecraft. The equipment scanned an area 155 miles by 185 miles at the location where the subsurface lake is situated.

The radar data provided more proof of the lake and revealed that it measures approximately 12 miles by 18 miles although they’re still uncertain as to how deep it is. And that’s not all; they found three additional lakes about 6 miles by 6 miles in size. These three lakes are separated from the larger main lake by strips of dry rocks. 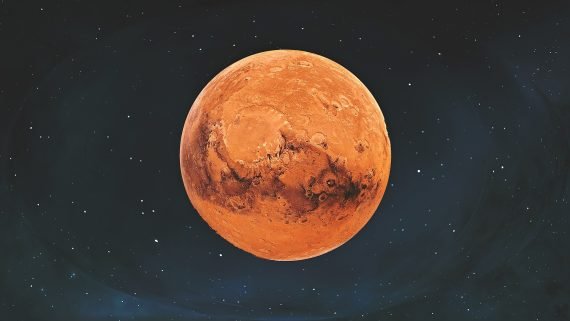 According to the scientists, these lakes are extremely salty which is the reason why they’re still in liquid form and not frozen by the cold temperatures from the glaciers. This liquid water isn’t believed to be from melting glaciers as it was previously suggested that geothermal activity may have caused subsurface lakes. However, in order to form numerous underground lakes, it would have required much larger geothermal activity which “I don't think it is physically possible, given what we know,” said Elena Pettinelli who is a geophysicist at Roma Tre University in Rome and a co-author of the study.

This leads researchers to believe that a bigger body of water was present on the surface of the planet millions or billions of years ago. Pettinelli went on to say, “This is a complex system of water, not just a single pond,” adding, “It suggests that the conditions that created these lakes might have been more spread across the region, that there might be other systems like this around.” 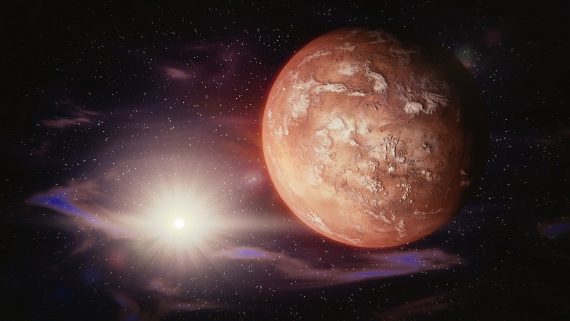 If the lakes “are remnants of water that was once on the surface, it certainly may have been a good habitat to harbor life, extinct or living,” she explained. But in order to know for sure, scientists would need to drill approximately 0.9 miles into the ice, which as of right now, they don’t have the equipment on Mars to conduct such an experiment. Hopefully in the near future we’ll be able to find out exactly what lurks beneath the ice and in the salty lakes of the Red Planet.

Their study was published in the journal Nature Astronomy and can be read in full here.

Kim Rackley: From Remote-Viewing to a Dangerous “Dogman”