“"I think it’s probably -- I want them to think whatever they think. They do say, and I've seen, and I’ve read, and I’ve heard. And I did have one very brief meeting on it. But people are saying they’re seeing UFOs. Do I believe it? Not particular."

Does this imply he wasn’t told? Or was he being evasive? This interview does not indicate who has been briefing him. 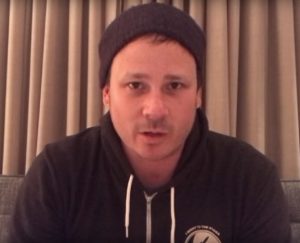 Could it be … Tom DeLonge?

DeLonge and Luis Elizondo of To the Stars Academy of Arts & Sciences (TTSA) were instrumental in the original release of the Nimitz videos. In an interview this week with The Guardian to plug “Unidentified: Inside America’s UFO Investigation,” DeLonge said he was definitely involved in briefing President Trump on aliens.

“I don’t know what he knows, but I do know that we helped set up briefings for the White House.”

Unfortunately, that means DeLonge wasn’t in on the actual briefing, just the preparation. Still, his insider status has apparently allowed him some insider information. For example, when asked about the rumors that President Obama was going to disclose info on aliens (he didn’t), DeLonge hints that he wasn’t the only one … and there’s something to disclose.

“I can’t say much. But I do know there have been moments when certain presidents have come close. The issue always becomes: how are people going to digest this if we hit them over the head with a giant sledgehammer? That’s scary for people in the Pentagon when they’re trying to keep civilization duct-taped together.”

If you can’t say much, why say anything until you CAN? This has been a common theme among DeLonge’s revelations, which is why so many are frustrated with the former Blink-182 singer and question his credibility. Especially when he goes into sci-fi writer mode and answers another question about the existence of aliens this way:

“Things were written in text thousands of years ago, like hearing voices in your head, a burning bush that was talking. The ancient texts may have called it God, but I’m just saying it’s not that simple. The star of Bethlehem – was that a star or a craft? Because a star is really big. It wouldn’t be hovering over a manger.” 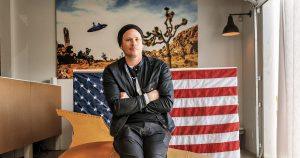 You’re right Tom, it’s not that simple. We know that. It’s the reason why we hang on to the hope that you really are an insider and you will either be the informant or make it happen. Until then, we feel the same way about you as you do about President Trump.

UFOs, the Occult, the Paranormal and the Supernatural: All Connected