What do we make of Tom DeLonge … former Blink-182 front man and current proponent of UFO research and disclosure? It’s true that his fame has propelled attention to UFOs and ufology to levels never seen before and his involvement in the To the Stars Academy of Arts & Sciences (TSAAS) has resulted in the release of UFO videos and Pentagon admission of their legitimacy. Yet the hype seems to exceed the reality with DeLonge, as he has made many promises and few truly blockbuster revelations. Will that change with his latest hints?

“Would I leave rock and roll just to go do something that there's no data for and it's just, like, pie in the sky and we're just imagining things? No! Why would I? I mean, that's insane.”

Tom knows what you’re thinking. In an exclusive interview with Sky News, he admits people had a hard time understanding why he left the world of rock for the world of UFOs, although it’s telling that he’s still addressing the question 5 years later.

“I've been brought into a group of people and I'm a big part of a mechanism that is absolutely profound and [has] already started changing the world. And it's going to do a lot more.”

That’s true, although his initial involvement seemed to lean towards creating UFO-related entertainment rather than research and revelations. That changed with the release of the Nimitiz UFO recordings and the involvement with Luis Elizondo, a bona fide former government insider involved with the formerly secret government UFO investigation group (Advanced Aerospace Threat Identification Program (AATIP)). Elizondo was in on the Zoom interview with Sky News, which was promoting "Unidentified: Inside America's UFO Investigation," now entering its second on the History Channel.

Promoting the show? Will they really tell Sky News anything new or will they save it for the show?

Good question. The show hasn’t really made any big revelations or disclosures to date. That seems strange, since DeLonge told Sky News there’s plenty to tell.

"I personally have seen enormous amounts of data."

"I've been brought into a group of people and I'm a big part of a mechanism that is absolutely profound and [has] already started changing the world. And it's going to do a lot more.”

"Over time, as science moves and it evolves and we're starting to take these things more seriously and understand some of the other parameters about it, I just think that we're gonna find - I assume, I don't know - but my gut is that we're going to find out there's a lot more to this.” 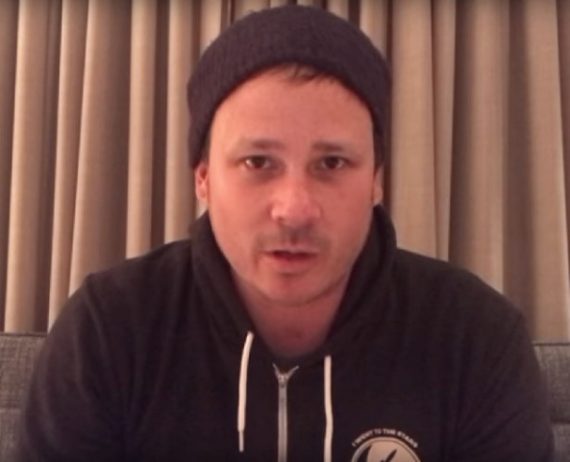 Sigh. Spoken like the producer of a TV show, not a true investigator and whistleblower. And not even a good PR person either. I assume? I don’t know? My gut? Tom, if you want to be taken seriously, you have to divulge something serious … good or bad … ratings be damned. Otherwise, you’ll still be “Remember that guy who left Blink-182? Wonder what he’s doing now? He’s what? Are you serious?” You can’t live on the fame of Blink-182 and you can’t live on the fame of the Nimitz recordings.

It’s time to step up to the mic, Tom, and then give us a ‘drop the mic’ announcement.

Thoughts on the “Dogman” Phenomenon – Part 1