The oldest sperm ever found on Earth has been discovered in a piece of amber along with several ostracods from approximately 100 million years ago. The ostracod is a crustacean that has a bivalve shell protecting its body. It is very tiny as it only grows a few tenths of an inch in length. However, its sperm cells are surprisingly huge with the longest ever recorded measuring 0.46 inches – much longer than the ostracod itself.

The most interesting find was an adult female whose soft tissues were still well-preserved and they discovered four small eggs as well as sperm inside of her. A reconstructed three-dimensional image was created of the female ostracod by He Wang who is a paleontologist and postdoctoral researcher at the Chinese Academy of Science. He then sent the image to an ostracod expert and paleontologist at Ludwig Maximilian University of Munich named Renate Matzke-Karasz who congratulated Wang on reconstructing the world’s oldest animal sperm. The researchers estimated that the sperm each measured 200 micrometers in length.

Matzke-Karasz said that an animal having giant sperm actually takes a lot of energy in order to mate with a female, specifically making enough room within the reproductive tract. “You might think that this doesn't make sense from an evolutionary standpoint,” she stated, adding, “But in ostracods, it seemed to work for more than 100 million years.” 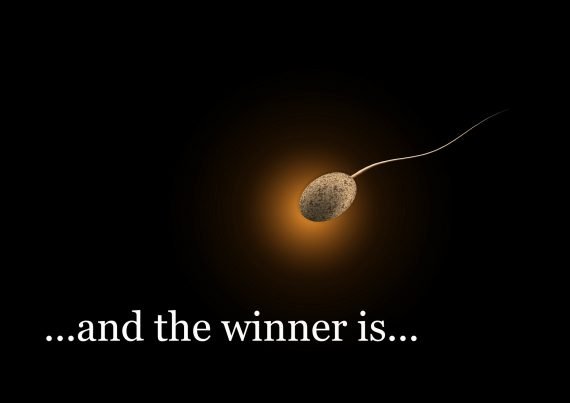 Their study was published in the journal Proceedings of the Royal Academy B and can be read in full here.

The fact that they were able to discover soft tissue still well-preserved from ostracods in amber was a pretty rare find so the researchers are hoping to locate more specimens in fossilized amber dating back to that time period. We’ll keep our eyes open for any new giant sperm stories.

The Controversial Life of the Man Behind Orgone, Part 2