In total, the researchers found 40 footprints, 30 handprints, and even fossilized raindrops. The fossilized marks revealed that the pterosaur was out searching for food when it got caught in the rain. And since some of the prints were made on top of the raindrops and others had raindrops in them, indications are that it was out walking around before it rained and after it had stopped.

Based on the prints, “the pterosaurs were walking along the beach, possibly they're coming in and out of the water or maybe looking for something along the shoreline that they could pick up and eat, like most shorebirds do these days,” noted Melissa Connely who is the Klaenhammer Earth Science Chair at Casper College and a co-researcher of the study.

The tracks were discovered in 2016 by J.P. Cavigelli who is the collections manager at Tate Geological Museum at Casper College and another co-researcher of the study. They were located at the base of a large cliff which was difficult to access so Cavigelli and other volunteers went back to the site in 2019 and they were able to remove a 13 foot by 20 inch slab that held the tracks. 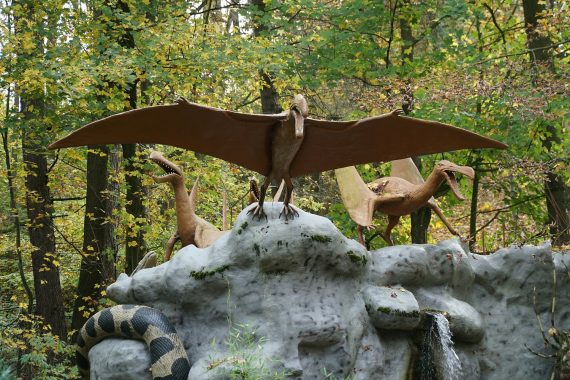 In an interview with Live Science, Cavigelli explained that there were so many prints that “there's actually no single trackway that we can follow where one individual walked,” adding that “It's a fairly random distribution of handprints and footprints.”

As for what type of pterosaur left the prints, the species is currently unknown, but they do know that it was around the size of a small dog such as a corgi. Their research hasn’t been published yet but pictures of the tracks can be seen here.

The Final Days of a Famous and Legendary Figure: A Controversy Endures