Fossils belonging to a monkey that lived approximately 6.4 million years ago were unearthed in China. These are the oldest fossils ever found of a monkey outside of Africa. The heel bone and jawbone with teeth, which were discovered in a mine located in Yunnan Province, are believed to have belonged to a female monkey from the Mesopithecus pentelicus species.

Experts from Penn State as well as paleontologists from Yunnan Institute of Cultural Relics and Archaeology worked together to examine these ancient remains.

Nina Jablonski, who is an Evan Pugh University Professor of Anthropology, Penn State, explained the significance of this discovery, “It is close to or actually the ancestor of many of the living monkeys of East Asia. One of the interesting things from the perspective of paleontology is that this monkey occurs at the same place and same time as ancient apes in Asia.” 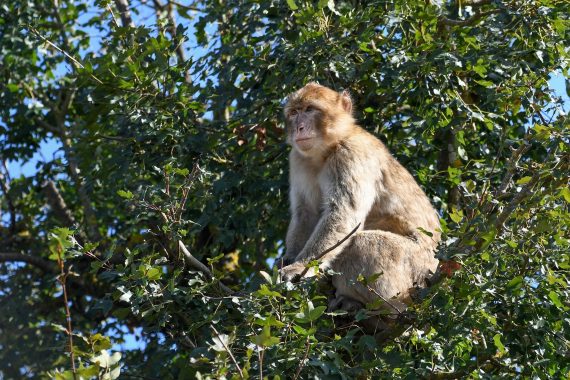 The remains found in the Yunnan Province mine belonged to a type of monkey that was a “jack of all trades” meaning that it spent its days in trees as well as on land. “This locomotor versatility no doubt contributed to the success of the species in dispersing across woodland corridors from Europe to Asia,” she stated.

By analyzing the teeth, the researchers found that the monkey ate different plants, flowers, and fruits. They also made another interesting discovery, “The thing that is fascinating about this monkey, that we know from molecular anthropology, is that, like other colobines (Old World monkeys), it had the ability to ferment cellulose,” Jablonski noted, adding, “It had a gut similar to that of a cow.” They didn’t live near any bodies of water so it’s amazing to think that they were able to survive during that time. (Pictures of the jawbone and heel bone can be seen here.)

Another interesting fact was that they were same type of monkey that was discovered around the same time in Greece which indicates that they spread out at a pretty fast rate from the central part of Europe. This contradicts previous theories that that the species originated in Eastern Europe. 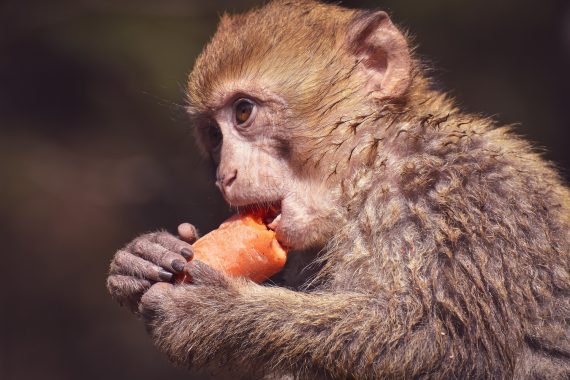 The monkeys did begin leaving Eastern Europe at the end of the Miocene period (23 million to 5 million years ago) when more modern animals began evolving like deer and beavers. Jablonski stated that the late Miocene period was a time of “dramatic environmental change”.

She went on to say, “What we have at this site is a fascinating snapshot of the end of the Miocene -- complete with one of the last apes and one of the new order of monkeys.” “This is an interesting case in primate evolution because it testifies to the value of versatility and adaptability in diverse and changing environments. It shows that once a highly adaptable form sets out, it is successful and can become the ancestral stock of many other species.” Their research was published in the Journal of Human Evolution and can be read in full here.