UFO encounters happen all over the world, to all types of people, and some of these are stranger than others. Our tale here revolves around a humble factory worker by the name of Bruno Facchini, in the town of Varese, of northern Italy, about 55 km north of Milan. He was known locally as a good, honest, hardworking man who never made trouble and was not prone to tall tales, yet on April 24, 1950 he would gain quite the tale to tell. On this evening there was a serious thunderstorm, and so when it passed he stepped outside during his shift at work to check for any damage that might have been caused by the storm. When he got outside the storm had mostly moved off to become flickers on the dark horizon and some low grumblings from the thunder, but while the storm was gone something altogether odder was in its place. And so would begin one of the strangest UFO cases in Italian history.

He says that he saw there not too far away a strange flickering glow or sparkle, which he at first took to be a damaged power transformer, but as he drew closer to investigate it turned out to be altogether weirder. He approached to see a somewhat circular, glowing object with a flattened top that sparkled and looked like a “crushed ball,” and as he approached even nearer, he could see that the object was “squared by vertical and horizontal stripes, placed at regular intervals.”  On the top of the outlandish object was a greenish glow, and even more bizarre was that there was a rectangular opening on the bottom of the craft, and a ladder that seemed to have dropped down from it. Bathed in the eerie glow of the object were several small figures, as well as another at the top of the ladder, all of them wearing what looked like grey diving suits of some kind, complete with helmets, masks, and tubes. He says that the two beings outside seemed to have been engaged with welding something on the bottom of their ship.  At first, he had the impression that these were human pilots who had crashed and were in trouble, and he says of what happened:

Next to a power line pole I saw a huge, round shape. From the illuminated disc, a ladder came down. A door opened. I could see inside the UFO, because a light diffused inside, there was another ladder leading to a higher level of the craft; on the walls, there were bottles connected together in rows and between them I could notice that there were gauges and tubes. In the middle [of the shape] there was a small ladder, lightened by a green light. Almost immediately, I understood that the light came from some sort of lamp handled by a standing man who seemed to be engaged in welding. He wore something like a diving suit and a mask. Driven by curiosity, I went closer, and I saw two other people, with the same clothing, moving slowly around the craft - I guessed that their diving suit was heavy and slowed down their movements. The craft, lighted by the welding tool, cast metallic reflections back.

I offered to help, but the only answer I received were some guttural sounds that were not understandable. I wondered what their intentions were. I had the feeling they were inviting me aboard. Suddenly I heard an uproar, like the amplified buzz of a bee, or a huge power generator. I saw another ladder in the interior of the craft, and all around, tubes, cylinders, and gauges. I understood that this was not a plane, and I was seized by panic, I started to run away. I was not so close anymore when I turned my head back. I saw one of the men raise some sort of apparatus he carried at his side and beam a ray of light in my direction. I started to run again, but immediately, I felt as if I was cut in two parts by some cutting tool or by a jet of compressed air and I fell flat. I kept running, but at the same time I had the impression of being reached by a blunt force or to be more precise, by a powerful jet of compressed air, and I fell to the ground, more than right on the edge of one of the border stones that bounded the fields.

They seemed not to be interested in my anymore. I am convinced they only wanted to scare me and had no intention to do anything wrong to me. They were busy in removing the scaffold and withdrawing the ladder. Then the door closed. All the lights went out. And the buzzing sound continued. Suddenly the sound became louder. The craft took off, gained speed and disappeared. 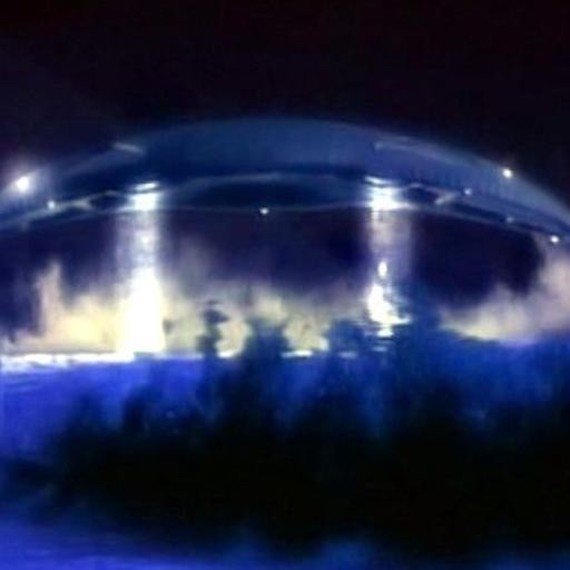 He now knew that these were no human pilots, and he was filled with horror and panic, and when he looked back, he could see the strange beings board their ship, which then shot up into the sky with tremendous speed and that buzzing sound that sounded like an angry beehive. The whole ordeal left him shaken and confused, and the following morning he went to the police to tell his far-out story. The skeptical officers who went to the scene were surprised to find large patches of burnt ground, as well as strange indentations and what seemed to be circular footprints of some type. There were additionally found shards of a strange, green metallic substance, which would later be analyzed to find that they were a sort of heat-resistant, “anti-friction” material composed of 74% copper, 19% tin, traces of Silver, Aluminum and Magnesium, and other trace elements, as well as some sort of unidentified lubricant.

Making this all even odder than it already is, around a week after his bizarre encounter, Facchini says that he began to have certain unusual physical symptoms, which he connected with the incident. He claimed that his back had become bruised and turned a sickly yellow, precisely where the beam had hit him, and he also complained of mysterious headaches and bouts of dizziness and nausea. A visit to the doctor would also supposedly turn up a strange black mark where the beam had hit. When he had an interview about his experiences in 1981, he claimed that he was still suffering from lingering physical effects such as headaches and inexplicable hot flashes and fevers, as well as profound psychological trauma. He has never backed down from his story, but we are left to wonder what happened to him. Was any of this real at all, or is it a delusion? With no hard evidence and those metal shards having since disappeared we are left to speculate, and it remains a very strange case with no concrete answers. 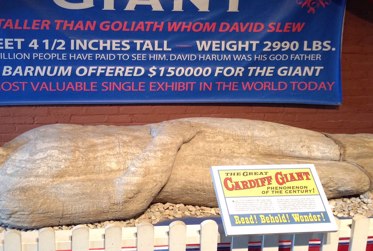