The Adelphi Hotel in Liverpool, England (not to be confused with the Adelphi Hotel in Saratoga Springs, New York), has a long history of paranormal activity. In fact, there is so much unexplained activity going on at the hotel that it was once referred to as “the most haunted hotel in the United Kingdom”.

The original Adelphi Hotel first opened its doors in 1826 by then-owner James Radley. Then in 1912, Arthur Towle purchased the property and rebuilt the hotel. Several famous people have stayed at the hotel over the years, such as Winston Churchill, Franklin Roosevelt, Frank Sinatra, Judy Garland, Laurel and Hardy, Roy Rogers and his horse Trigger.

The Sefton Suite is an exact replica of the first-class smoking lounge that was on board the Titanic. And interestingly, there have been ghost sightings reported in that room. Paranormal investigator and author, Tom Slemen, claimed to have seen three men dressed as naval officers standing at the far end of the room. He believes that the three men were Captain Edward Smith and two officers who were on board the Titanic when it sank back in 1912.

Other ghostly apparitions include a “grey lady” wearing a Victorian-era dress who has been seen in the basement. Additionally, a figure of a person hanging out of a window in the Crosby Room had been witnessed, but when the staff members went to check it out, the window had been locked.

A tuxedo-wearing ghost named George with a toothbrush-style mustache has been seen several times standing beside the bed when guests are sleeping. His voice is often heard coming from a window on the Brownlow Hill side of the hotel where he apparently committed suicide in the 1930s.

A 15-year-old pageboy named Raymond Brown died at the hotel in 1961 after getting trapped in the baggage room lift. His spirit is often seen still wearing his uniform and cap, helping guests with their luggage.

The third floor is said to be especially haunted with some people getting extremely sick and others feeling as though as they’re being watched by an unseen entity. What’s even more terrifying is that there are rumors of a demon that resides on that floor. 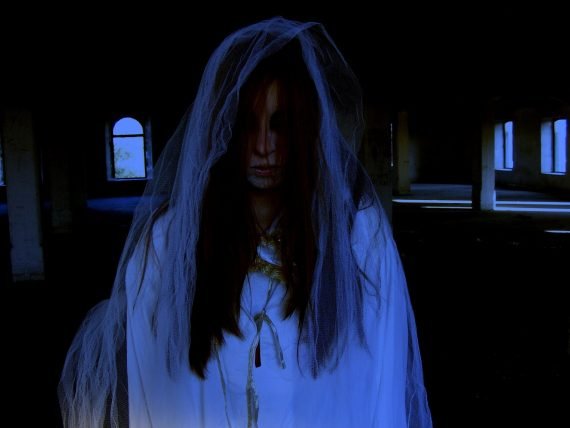 When a team of paranormal investigators explored the hotel, they supposedly either heard a disembodied voice or a growl-like sound as well as one of their team members becoming very sick while at the location.

More paranormal experiences include a whistling spirit who breathes down the neck of guests in addition to tapping them on their shoulders, and a female ghost who rummages through guests’ clothing and other personal items.

With that being said, there is certainly no shortage of ghosts who reside at the haunted Adelphi Hotel.