When it comes to the matter of UFO waves, just about everyone has heard of what went down in 1947, in 1952 (with the Washington, D.C. flap), the multiple encounters across the United States in 1973, and the invasion of the "Flying Triangle"-type UFOs that took place across the skies of Belgium from 1989 to 1990. But, what about the U.K.'s invasion of 1957, which saw countless UFO encounters and reports from Royal Air Force pilots and Air Ministry personnel? It's a reality that 1957 was a significant year for UFOs in the UK, but due to the fact that most of the data was collected by the UK military - and stayed hidden for decades - the majority of the stories didn't surface publicly. With that said, let's now take a look at the story, which was truly amazing and that spanned most of the year. On March 26, 1957, there was an amazing encounter. The UK Air Ministry documentation (now in the public domain) states in part: "A report was received from Royal Air Force Church Lawford on 26th March, 1957 of a sighting of an unusual nature. The object moved at a speed timed at exceeding 1400mph [italics mine]. This in itself was unusual as the object had accelerated to this speed from a stationary position [italics mine]. No explanation has yet been found for this sighting but a supplementary report, including a copy of the radar plot, was requested and has been received from Church Lawford this afternoon." 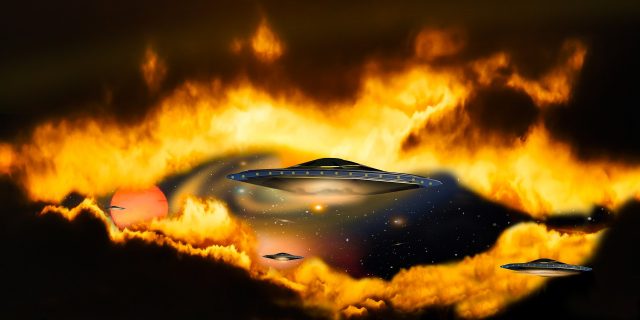 On the morning of April 4, 1957 – according to now-declassified British Royal Air Force documents housed at the National Archive, Kew, England – radar operators at Balscalloch, Scotland reported to RAF West Freugh, Wigtownshire that they had detected a number of "unidentified objects on the screens of their radars." And it quickly became apparent this was no Cold War penetration of British airspace by Soviet spy-planes or bombers. As the mystified radar-operators watched their screens, they were amazed to see a large, stationary object hovering at 50,000 feet that then proceeded to ascend vertically to no less than 70,000 feet. According to the files: "A second radar was switched on and detected the object at the same range and height.” Most significant of all at this stage was the assessment by the radar experts of the incredible proportions of the UFOs: “It was noted by the radar operators that the sizes of the echoes were considerably larger than would be expected from normal aircraft. In fact they considered that the size was nearer that of a ship’s echo [italics mine]." Now, moving on...

At around 10.20 a.m., on the morning of April 29, 1957, two British Royal Air Force Hunter aircraft took to the skies from an RAF base called Odiham, which is located in the English county of Hampshire. The plan was for the aircraft to take part in a mid-air military training exercise. Things didn’t quite turn out as planned, however. When the planes reached a height of roughly 45,000-feet, one of the pilots found himself confronted by what can only be described as an undeniable, unidentified flying object. The official Air Ministry report on the affair states: "…when over Hayling Island Mission 28 No. 2 saw a large white object at 10 o’clock slightly above. The object was circular with a white slightly curving tail hanging below. The time was approx. 1110. Formation leader was informed and both pairs turned east onto a northerly heading to look for the object. At first the object was thought to be a parachute but later it was realized that the object must have been larger and at a greater distance because of the slow passing speed."

At 8:38 p.m. on the same date the pilot of a Royal Air Force Javelin aircraft – also based at RAF Odiham – was vectored onto a UFO reportedly tracked on radar some twelve miles from his position. No visual contact was made by the pilot and he eventually returned to base. This particular affair received brief coverage in a number of newspapers – after one of the base staff tipped off a local reporter on what had gone down – and, as a result, an Air Ministry spokesman made a very brief statement to the press. It went as follows: "All we can say is that we are investigating the matter. Until inquiries are completed we have nothing further to add." Also on the same day that the curious events at Odiham were unfolding, another significant UFO-themed event occurred, this one at RAF Ventnor on the Isle of Wight, just off the south coast of England. According to the Air Ministry’s own records, a member of the public, a Mr. L. Humfreys, telephoned RAF Ventnor to report that he could see two metallic-appearing objects to the south-east of Shanklin, at a height of what was estimated to be approximately 30,000 feet. 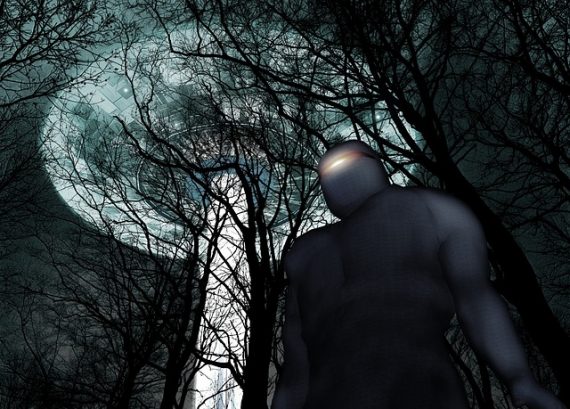 Mr. Humfreys – whose sighting was backed-up by three additional witnesses – said: "The object appeared as a steady, metallic, very bright pinpoint of light, with a suggestion of a smaller round object immediately behind." At 8:10 p.m., staff at the nearby radar station at Beachy Head reported to RAF Ventnor that they were tracking two unidentified responses flying at a height of 25,000 feet. Almost one hour later, Beachy Head contacted Ventnor again, this time to report that RAF St. Margaret’s was also plotting two fast-moving targets, but were unable to ascertain their heights. One of the objects was reported to be traveling in a south-westerly direction, at a speed of between 750 and 800 knots.

One of the most fascinating of all UFO encounters – an incident that almost resulted in a mid-air collision between a UFO and a Meteor jet – occurred over Royal Air Force Gaydon, Warwickshire, England, on the night of October 21, 1957. Less than a week later, the UK media was chasing down the story. Describing RAF Gaydon as "one of the RAF’s top V-bomber stations," the Sunday Express newspaper stated that the Air Ministry (today, the Ministry of Defense) had taken rapid steps to get to the heart of the mystery. Reportedly, the UFO was seen visually by the pilot and tracked by ground-radar personnel – and only a few minutes apart. Questions, unsurprisingly, were quickly being asked: could the UFO actually have been a Soviet spy-plane? It was certainly a scenario that the Air Ministry felt important enough to address. Although – as will become apparent – the description given by the pilot did not sound like that of the average Russian aircraft. Plus, six days after the event occurred, Air Ministry staff were still scratching their heads.

Such was his extremely close proximity to the UFO at one point, Flying Officer Sweeney was forced to take immediate "violent avoiding action" after he approached the unknown craft from the starboard side. As Sweeney got closer to the UFO it quickly extinguished its lights and vanished from view. It was, however, when he was at his closest to the object that Sweeney was able to take a careful, but quick, look at it before it disappeared. Oddly, he described the UFO as having a "blurred" outline. And, rounding off the year there was the encounter of December 2, 1957, which involved an unusual aerial craft that was sighted over Topler's Hill near Biggleswade in Bedfordshire. One of those who saw the UFO was a Royal Air Force officer, Flight Lieutenant Jack Hunter, who expressed his amazement concerning what he had seen. There were more incidents throughout 1957. It would, however, take several articles to cover the whole wave of that year. What we can say, though, is that clearly something very strange was afoot in the skies of  the U.K. in 1957 - and it involved the nation's military to a significant degree.