A Mysterious UFO Crash and Retrieval in the Kalahari Desert

By far the most spectacular and intriguing of UFO reports are those cases in which one of these mysterious crafts has fallen from the heavens to come crashing down to earth. Of course the most well-known incident of this kind is the supposed UFO crash at Roswell, New Mexico, which is so famous that even people who have no knowledge of the UFO field have heard of it. Yet, it is by far not the only such case, and indeed UFO lore is littered with more obscure cases of alien spacecraft crashing in remote locations, the government coming in to whisk it all away, often alien bodies thrown into the mix as well, and of course government cover-ups. One such case that is perhaps even more obscure than most is the time fighter jets allegedly shot down a UFO over South Africa, after which it crashed into the Kalahari desert and was confiscated to disappear into the mists of history.

On May 7, 1989, at around 2 PM in the afternoon, a South African naval frigate off the coast of Cape Town allegedly radioed in a rather odd report to the Cape Town Naval headquarters. They claimed that they had picked up an unidentified object on their radar that was moving very rapidly towards the mainland at an approximate speed of 5746 nautical miles per hour, and other radar installations, including NORAD installations and D.F. Malan international airport at Cape Town were allegedly picking up the same thing. There were apparently efforts made to establish communications with the incoming object, but there was no response, and it then suddenly and abruptly changed course to shoot out over a remote area. In the meantime, visual confirmation was made, and it was described as looking like a silver disc. 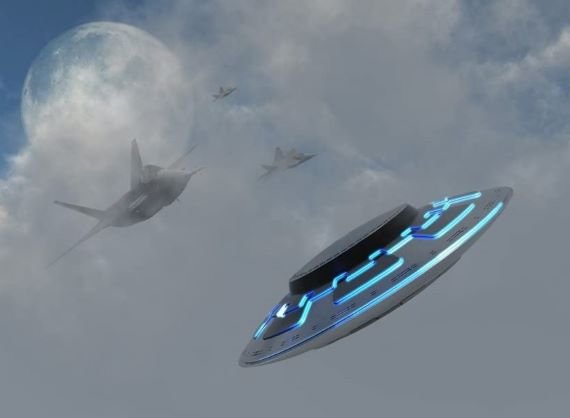 Considering the course change, it was now assumed to be some sort of aircraft, but orders made over radio to cease its approach continued to go unanswered, and in response the South African military purportedly began making preparations to engage. Two Mirage fighter jets were scrambled, armed with what was referred to as “experimental aircraft mounted THOR 2 laser canons” supposedly designed to disrupt electrical systems, and as they approached the speeding object, warnings were ignored and so they were given permission to engage. Both fighters then fired upon it, and according to a report given by an “insider” to the UFO research group Quest International, which would later become UFO Truth Magazine, they made direct hits. The report reads of the incident:

At 13.59 GMT, the pilot of the fighter reported that they had radar and visual confirmation of the object. The order was given to arm and fire the experimental aircraft-mounted Thor 2 laser cannon. This was done. Squadron leader reported that several blinding flashes emitted from the object which had started wavering whilst heading in a northerly direction. At 14.02 is was reported that the object was decreasing altitude at a rate of 3000 feet per minute. Then at speed it dived at an angle of 25 degrees and impacted in desert terrain 80 miles north of the South African border with Botswana, identified as the central Kalahari desert. Squadron leader was instructed to circle the area until a retrieval team arrived.

A team of Air Force Intelligence Officers and technical specialists were supposedly soon on the scene in what was called “Operation Silver Diamond,” and the whole story gets even more bizarre from there. A crater was found to have been pounded into the earth, measuring approximately 150 meters in diameter and around 12 meters deep, within which sat a silver, saucer shaped object half buried at a 45-degree angle. All around it was scorched earth and rocks and sand fused together from an intense heat, and when the team approached, they reported that electronics failed in the vicinity of the object, to the point that one approaching helicopter flying over had severe technical malfunctions that caused it to make an emergency landing, and yet another went down to kill all aboard. The surface of the anomalous object was found to be completely smooth and undamaged, and was devoid of any markings or discernible seams, windows, or hatches, although they apparently did find one strange insignia etched into it ringed by odd hieroglyphics. On the bottom of the craft was found what appeared to be some sort of hydraulic landing gear, that had been fully extended, leading to speculation that a landing malfunction possibly caused by the fighter jet attack had caused it to go down. Yet, this was not the end of the weirdness. 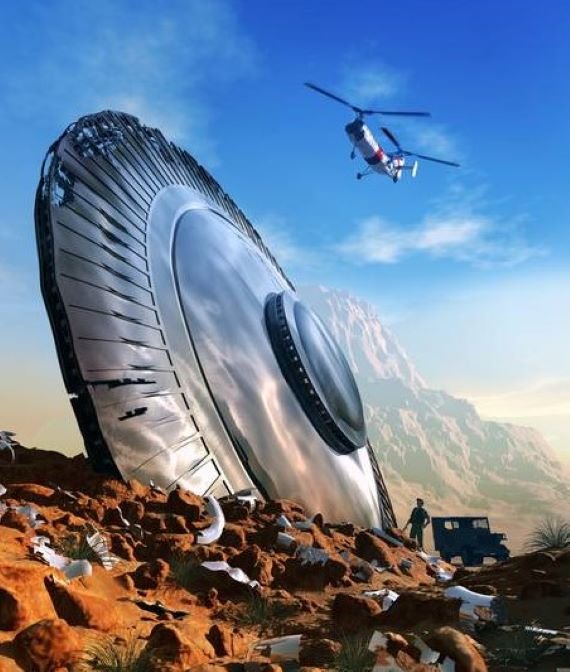 As the team warily circled the apparently alien craft, there was reportedly a loud noise that issued forth from the craft, and a hatch of some sort cracked open on the side of it. A team was sent in to pry it all the way open, and from within allegedly climbed two humanoid entities, around 4 feet in height, with three fingered clawed hands, grayish-blue hairless and scaly skin, and dressed in tight-fitting grey suits. The creatures had oversized heads with large oval eyes and prominent cheekbones, and with slit-like mouths and no noticeable ears. Besides these two, one of the creatures would be found dead inside. The two entities who had emerged were dazed but alive, and they were reportedly quickly apprehended, although they were apparently very vicious and not easily subdued, with one of them supposedly inflicting deep gashes on one of the team with its formidable claws.

The craft was then supposedly whisked off to an Air Force base and the aliens detained in a cooled unit, which reportedly made them lethargic and more complacent, after which plans were purportedly made to have them moved to Wright Patterson Air Force Base in the United States for further tests and analyses. And that is pretty much where the story ends, with no further information on what became of the alleged spacecraft or its outlandish alien crew. The intelligence officer who blew the lid off of it, a Captain James Van Greunen, allegedly provided reams of top-secret documentation on the incident, as well as alleged recorded telephone conversations on the matter between top officials, before moving to Germany and going into hiding. It is all completely spectacular and like something out of a movie, an amazing case that has been referred to as “The African Roswell,” but of course there has been much skepticism aimed at it, even from within the UFO field. 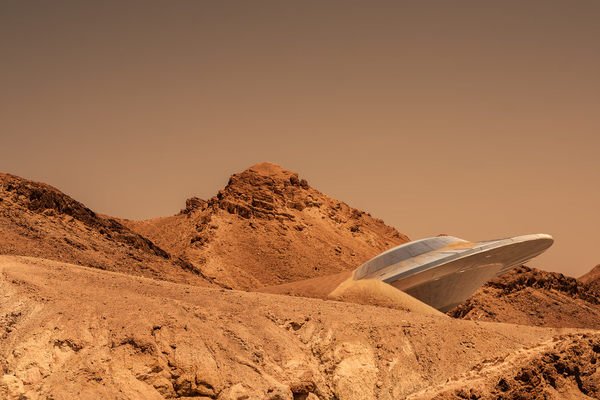 One of the problems is that, although the case has been covered in various magazines and articles over the years, almost all of the information comes from the research done by Quest International, who were the first to be approached by the alleged informant. This does not necessarily mean that is all false, just that it is hard to independently verify their information. Also rather suspicious is that many of the supposed documents provided by Captain Van Greunen, while looking very official, on closer inspection were found to be riddled with spelling errors, inconsistencies, and discrepancies. The African UFO researcher and author Cynthia Hind examined some of the supposed documents and came to the conclusion that it was all just too sloppy for something so top-secret and official. Although it was all very elaborate and in depth, she came to the conclusion that it was all a complicated and well-thought out hoax, and she would write an article on it in UFO Times called Anatomy of a hoax. The UFO crash on the South African/Botswana border. Gruenen would deny these accusations. Perhaps even more damning than all of this is that there is just no evidence at all that such a crash off any kind happened in the area, let alone an alien spacecraft, and there are only reports from alleged military officials that cannot be confirmed or proven. This could all be due to a cover-up and suppression of the truth, but the UFO crash in the Kalahari is just not very extensively documented or supported by tangible evidence. However, Quest International director Graham W. Birdsall has remained convinced that something very strange happened out there in that desert, so we are left to wonder.

In the end there is no way to know just what happened on that day out in the middle of nowhere, if anything. There are few additional details, and anything beyond what I have mentioned here has not been forthcoming. If this was a cover-up, then they did a pretty good job of making sure it was pushed into the closet of obscure, forgotten cases, and we will frustratingly probably never know what truth it holds. Was this a hoax, scam, or disinformation, or did something really truly odd happen on that day? We can only speculate, and wonder if that ship isn't sitting in some military warehouse somewhere.

More On Alien Infiltration – and Creepy Control Too