A Mysterious Vanishing in Paradise

When most people think of Hawaii, they perhaps imagine fun in the sun and an island paradise perfect for a vacation away from it all. It is hardly the place normally associated with gruesome crimes or unsolved mysteries, and for most this is a place of eternal sunshine and good times. Yet the islands are not without their fair share of sinister events, and indeed this is the location for a very tragic and mysterious vanishing that has never been solved.

A darker side of Hawaii played out in 1985, when a 19-year-old dancer and student by the name of Diane Suzuki was residing in Halawa, where she was a student at the University of Hawaii at Mānoa. Her part-time job was teaching children dance at the Rosalie Woodson Institute of Dance in Aiea, Hawaii, a quiet suburb of Honolulu, and it was here where she was on July 6 of that year. Suzuki had just taught a class, and was seen at around 3 PM at the studio finishing up her lesson, after which she had planned on going with her friends to the North Shore of Oʻahu. Witnesses say there was nothing at all strange about her demeanor or behavior on that day, yet on this afternoon when one of her friends stopped by the studio at 3:15 Diane was nowhere to be seen. It turned out that she had left her keys and purse in the studio, and her car was untouched in the parking lot, so it was assumed that she had just stepped out for a moment, but she never did come back, and missed her appointment with her friends. Indeed, she has not been seen since.

Police would conduct a search for the missing woman, but no one had seen her and there was no trace of where she had gone. There was found a very small amount of blood in the bathroom of the dance studio, but it was not found until later, when police used a luminescent spray called Luminol to make it out. It was not enough to go on, both because it had been found much later, and also was not able to be matched with Diane’s, so it could have been anyone’s blood left at any time. There was no way to be sure. At the time there was no reason to suspect foul play until another potential lead came in from the missing woman’s parents. It was something Diane’s parents had seen as they waited outside of the dance studio for hours on end in the hopes that their daughter would return. As they sat there in their car in the parking lot, they claimed that they had seen three people leave the building in which the studio was located carrying a heavy trunk which was then placed onto a vehicle before driving off. The three were identified as a man named Dewey Hamasaki, his father, and his sister, which was worrying because Hamasaki, who worked at the studio as a photographer, had been suspected of stalking Diane Suzuki and making passes at her.

Hamasaki was brought in for questioning, and there were immediately red flags, in that he had scratches on him, but he claimed that these were from being attacked by a rooster on his property, something his family vouched for. When asked about what had been in the trunk, he claimed it was photographic equipment, and a complete search of his home and the surrounding marshland turned up nothing suspicious. Some strange things were found on Hamasaki’s father’s pig farm, such as a wall that had recently been rebuilt and what seemed like a dig up section of ground, but there was no particularly damning evidence. In the end there was no evidence to hold him on, and Dewey Hamasaki was released without being ever being charged. Diane’s boyfriend at the time, Lester Gantan, was also questioned, but he had an alibi and there was no reason to suspect he had had anything to do with the disappearance. 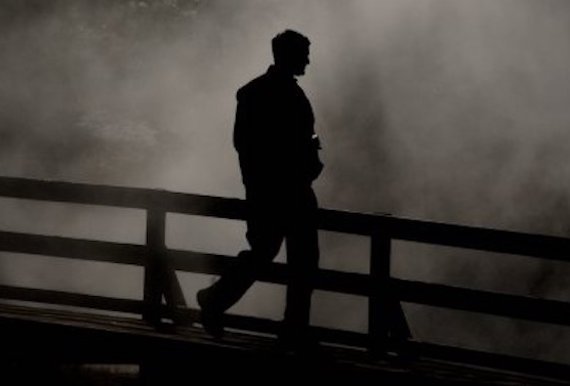 As all of this was going on, there was a sinister undercurrent in the background, because this vanishing had happened at a time when there was a spate of unsolved killings going on around on Oahu island, at least five of which were linked to a mysterious serial killer called “The Honolulu Strangler.” Hawaii’s first known serial killer, the Strangler is thought to have been responsible for the unsolved deaths of Regina Sakamoto, Vicki Gail Purdy, Denise Hughes, Louise Medeiros, and Linda Pesce, as well as possibly at least four others between the years of 1985 and 1986. The victims would typically be found dead by strangulation and with their hands tied behind their backs, usually with evidence of having been raped. Despite various leads, a substantial reward, and the largest task force ever put together by Hawaiian law enforcement the Honolulu Strangler was never caught. At the time of Diane Suzuki’s vanishing the killer was at large, but police did not deem Suzuki to fit the killer’s profile and they ultimately rejected the idea that she was a victim of the strangler.

Nevertheless, police heavily suspected foul play by this time, and although the case was eventually closed, in 1993 Keith Kaneshiro, who was then prosecuting attorney for the City and County of Honolulu, tried to get it reopened, but despite hundreds of hours of grand jury testimony it led nowhere. Although her body has never been found, in 1997 a funeral service was held for Diane, and her mother passed away the following year without ever knowing what had happened to her daughter. Diane’s elderly father has continued to doggedly look for answers, but the official investigation has gone cold and no new major leads have come in. The dance studio she worked at remains in business and Dewy Hamasaki, who was the most suspicious person of interest, continues his work as a photographer in Honolulu. No one has ever been charged in the case, and what has become one of Hawaii’s most notorious modern criminal investigations is unsolved. Diane Suzuki seems to have just evaporated from the face of the earth.

Supermassive Black Holes May Actually Be Wormholes in Disguise