A Terrifying Encounter of the Cryptozoological Type

Most people who encounter strange creatures - such as the Loch Ness Monsters, the Ogopogos, giant birds, and Bigfoot - respond with amazement, excitement and  jaws that practically drop to the floor, if you see what I mean. On occasion, though, there are those cases that are nothing but downright creepy. Add to that fear-filled situations that the terrified witnesses werere unlikely to ever forget, and you get nothing less than encounters of the nightmarish types. With that all said, I thought I would share with you - today - one particular case that really stands out in this particular category of cryptozoological terror. True North: A Journey Into Unexplored Wilderness is the title of a 1933 memoir-style book written by Elliott Merrick, who died at the age of ninety-one in Asheville, North Carolina, in 1997. True North was Merrick’s very first book; his others included Green Mountain Farm, Cruising at Last, and From This Hill Look Down. In True North, Merrick told a story of a girl who had a distinctly disturbing close encounter with a Bigfoot that just might have seen her as a tasty meal. The location of what almost turned into a horrific tragedy was Happy Valley-Goose Bay, Labrador, Canada. The time: roughly twenty years earlier, which would have placed things approximately around 1912-1914. 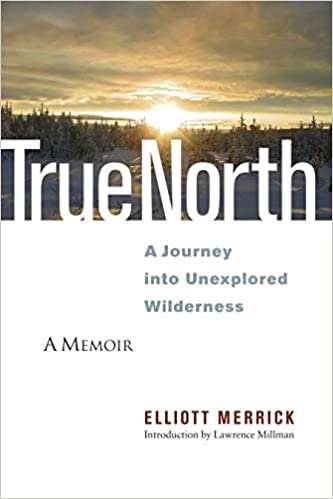 Merrick wrote in his book: "Ghost stories are very real in this land of scattered lonely homes and primitive fears. The Traverspine 'Gorilla' is one of the creepiest. About twenty years ago one of the little girls was playing in an open grassy clearing one autumn afternoon when she saw coming out of the woods a huge hairy thing with low-hanging arms. It was about seven feet tall when it stood erect, but sometimes it dropped to all fours. Across the top of its head was a white mane." The girl, hardly surprisingly, was rooted to the spot with fear. That fear reached fever pitch levels when the half-animal / half-human thing motioned to the little girl – in a fashion that led her to think the beast was calling to her, and to come closer. If the girl had any plans to do so, they were quickly dismissed when the face of the monster broke out into that of an evil, sinister grin. It was at that point the girl could see the creature’s huge mouth – which was filled with huge, fierce-looking teeth. They were teeth that could easily have ended the life of the girl and made a meal of her. Luckily, the girl was able to summon up the willpower and strength to make a run for it – which she did, to the home in which she lived with her parents. In almost hysterical fashion, the girl blurted out what had happened – something which led her father to hastily and carefully check out the area in question. The animal, however, was already gone. But, there was some evidence to show that the girl had not simply fallen asleep and had a bad nightmare, or had mistaken a bear for a monster.

Of the evidence, Merrick told his readers: "Its tracks were everywhere in the mud and sand, and later in the snow. They measured the tracks and cut out paper patterns of them which they still keep. It is a strange-looking foot, about twelve inches long, narrow at the heel, and forking at the front into two broad, round-ended toes. Sometimes its print was so deep it looked to weigh 500 pounds. At other times the beast’s mark looked no deeper than a man’s track." The local folk didn’t waste any time at all trying to find the hair-covered beast in their very midst. A posse was soon on the hunt, carefully scouring the nearby woods, which were seen as the most likely locations where the creature would hide out. A night-time stake-out of nearby Mudd Lake proved to be completely fruitless. As did another search of the lake on the following night. Traps were laid down by anxious townsfolk. Nothing worked: the monster was gone. For a while. 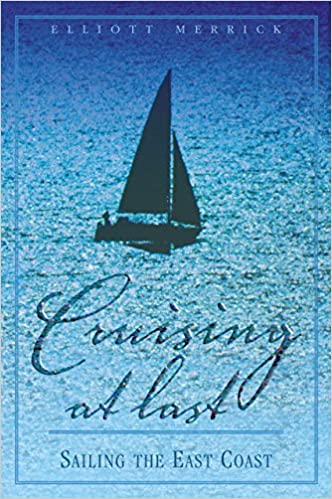 When the story reached Merrick himself, he was determined to try and find out if the account was true or a tall-tale of the kind which are so often told around campfires. It didn’t take Merrick long to learn that the people of Traverspine took the whole thing very seriously – even though by the time Merrick was onto the story it was already an old one. Having gained their trust, Merrick spoke with more than ten locals who had, at various times, and over the years, seen the unidentified abomination. It clearly wasn’t just a one-off event. No-one knew what the thing was – only that it was no normal, regular animal. Merrick added the following, based on what one of his informants in town told him:  "One afternoon one of the children saw it peeping in the window. She yelled and old Mrs. Michelin grabbed a gun and ran for the door. She just saw the top of its head disappearing into a clump of trees. She fired where she saw the bushes moving and thinks she wounded it. She says too that it had a ruff of white across the top of its head. At night they used to bar the door with a stout birch beam and all sleep upstairs, taking guns and axes with them."

It wasn’t just the people of Traverspine that were concerned, either – their pets were too. Specifically, the local dog population. On a number of occasions, the presence of the dogs near the woods of Mudd Lake provoked the monster to howl and growl in frenzied fashion – something which clearly demonstrated the creature knew the dogs were near and reacted in a fashion designed to keep them well away. It worked: the dogs kept well away from the area of all the action. Interestingly, on one occasion, said Merrick, the hairy horror swung at one of the dogs with what was described as "a club." Fortunately, the dog was not injured – but just the fact that the monster had a club, or perhaps a large branch wrenched off a tree, suggests it was an intelligent animal, one which used not just brute force, but weapons too. And then, it was all over. After a few years of occasional mayhem, the monster was gone for good.