Alien Abductees and Stockholm Syndrome: Under the Thumbs of the E.T.s?

Today's article is the third in a trilogy on how aliens might be trying to find ways to manipulate, infiltrate and ultimately control us. The first part was a look at how the Men in Black, Black Eyed Children and Women in Black are tied to this. The second part was on how the Contactees of the 1950s were clearly manipulated - and mind-controlled - by the so-called Space Brothers, who claimed to have been beneficial, friendly ETs. Now, we come to the matter of how the alien abduction angle is connected to all of this.  It's a phenomenon that was pretty much unknown until September 19, 1961. Yes, there were a few, earlier cases, but, for the most part, they were not publicized until after September 19. What, exactly, is so significant about that particular date? The answer is that it was the date of a now-historic UFO event which occurred to a married couple from New Hampshire. They were Betty and Barney Hill. At the time in question, the Hills were driving home from a vacation in Canada, when the journey suddenly took on strange and unearthly proportions.  It was on a dark stretch of road that the Hills caught sight of a curious light in the sky; it even seemed to be monitoring or shadowing them. They watched it for a while, and then something really strange happened: the Hills became confused, experienced a sense of missing time – of several hours, no less – and after getting home suffered from weird and traumatic dreams. They were dreams which suggested Betty and Barney may have been taken on-board the craft and even experimented on by weird-looking, humanoid figures. In no time at all, the dreams became definitive nightmares. Something had to be done. And, it was.

When things got really bad for the Hills, and the nightmares and stress began to overwhelm them (Barney, for example, developed stomach ulcers), they sought help; it was a very good idea, as that same help led to answers for what happened on that mystery-filled drive back to New Hampshire. They were put in touch with a neurologist and psychiatrist who operated out of Boston, Massachusetts, named Benjamin Simon. Clearly aware that the Hills were in deep states of anxiety, he elected to subject them to regressive hypnosis – with the permission of Betty and Barney, of course. What followed next can only be described as incredible. Both husband and wife told near-identical stories of being taken from their vehicle, onto what can only be described as an unidentified flying object, and subjected to a series of medical procedures – most of which were very intrusive and stressful. Frightening, even. The encounter went on for roughly two hours. So detailed were the memories of Betty and Barney that the time Benjamin Simon worked with the Hills went on for months. Such was the phenomenal reaction to the story of Betty and Barney Hill, it prompted author John Fuller to write a book on the subject, titled The Interrupted Journey – an appropriate title, indeed – and which was published in 1966. Since then, the alien abduction phenomenon has grown and grown and spread like wildfire.

Since 1961, there have been a huge number of cases of alien abduction. One of the typical aspects of alien abductions is that they can be extremely frightening. Abductees are subjected to traumatic experiments. And then they're tossed off the craft and returned to their home or vehicle - depending on the location of the incident. Sometimes, this goes on for the abductees for decades, no less. Now, it's time to get to the control angle of all this. I have spoken to a number of abductees who have - quite literally - become vegetarian or vegan overnight, as a result of the demands of the ETs. Whitley Strieber was warned off candy - or he would die. What I find intriguing, though, is the incredible speed that a particular part of a person's life can be significantly altered - and as a result of alien activity. A case of control? And of altering minds at a whim? Yes. Similarly, I have several good friends who are abductees and who, after being kidnapped, developed deep concerns for the Earth and its environment. On this issue, a few words from me for Republicans: please don't tell me there's no such thing as global-warming, because I do not want to hear it. Not in the slightest. 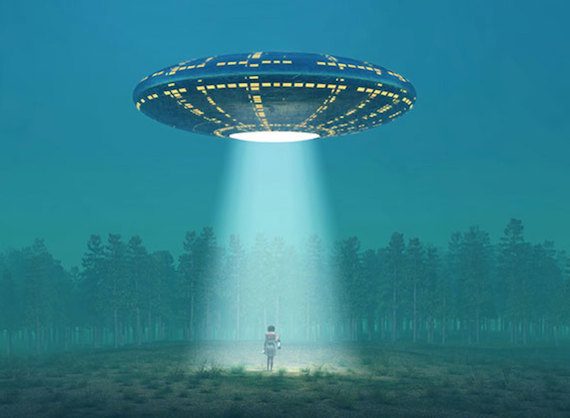 Of course, there's nothing wrong at all about giving up meat and / or candy. And being concerned for the Earth is vital. After all, we have nowhere else to go if we irreversibly fuck up our world. But, just like the rapid diet-changing, I've seen the environmental angle placed into the person's mind in a very quick time. too. Hours, even. At the latest, overnight. The undeniable zeal that goes along with this is not a bad thing. But, I do wonder if this sudden change in lifestyle is down to the primary themes of these three, interconnected articles: infiltration and control. There's something else, too, that comes into play. I know of people who have been kidnapped by E.T.s , subjected to downright trauma, and shown images of a ravaged Earth in the near future. But, they still have a positive, emotional connection to their abductors. In many cases, abductees are the victims of Stockholm Syndrome - which I'll get to now.

The BBC says of Stockholm Syndrome: "The term is most associated with Patty Hearst, the Californian newspaper heiress who was kidnapped by revolutionary militants in 1974. She appeared to develop sympathy with her captors and joined them in a robbery. She was eventually caught and received a prison sentence. But Hearst's defence lawyer Bailey claimed that the 19-year-old had been brainwashed [my italics] and was suffering from 'Stockholm Syndrome' - a term that had been recently coined to explain the apparently irrational feelings of some captives for their captors [italics mine]." You can clearly see where I'm going with all of this. I know many people whose lives have been enriched by their abductions and their abductors. The fact is, though, this still all smacks of control and manipulation of the targeted person.