An Alternative Way of Trying to Find Monsters: Summoning

Just recently, I highlighted in an article how sonar has played a significant role in the quest to resolve the mystery of Loch Ness, Scotland. Of course, most of the available data comes not from sonar, but from eyewitnesses and those who have been lucky enough to have captured the creatures by filming them. There are, however, other ways to try and find monsters of the deep. And I'm not talking about just Loch Ness. What I am talking about is the matter of summoning. In the summer of 1998, Jon Downes, the head-honcho of the Center for Fortean Zoology, Richard Freeman (a former, head-keeper at England’s Twycross Zoo), and various, sundry members of the CFZ - sought to raise from the seas off the coast of Devon, England, the supernatural form of Morgawr - a legendary sea serpent. The CFZ had received a request from a local television company that was making a documentary on water-based. And, of course, Downes and his crew were pleased to oblige. On the morning in question, Richard took to the shore. He stood with his legs spread wide, impressive in a long black robe and brandishing a fierce-looking sword toward the sea. He chanted an ancient invocation in a mixture of Gaelic and old English in an attempt to summon the ancient sea beast from its lair. 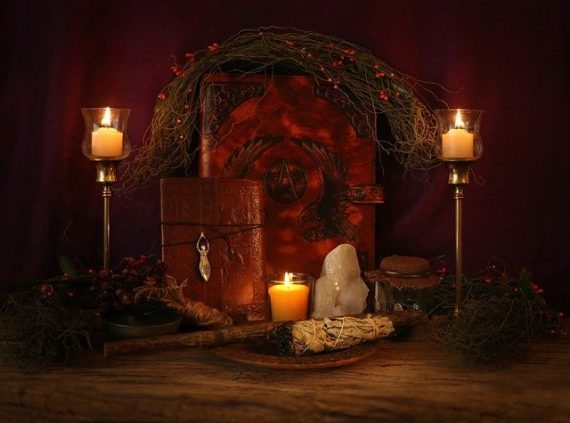 This was no casual, last-minute action on the part of Richard Freeman, who as well as being a zoologist is a fully-fledged ritual-magician. He had prepared well in advance. Four large candles were positioned on the sand – which amazingly stayed alight, despite the rain and a powerful wind. The candles were not merely there for effect, however. A red-colored candle represented fire. A green one, the Earth. The air was portrayed in the form of a yellow candle. And the sea by a blue one. Then, with the time, the setting, and the atmosphere all in alignment, Richard tossed a bunch of elderberries into the water, essentially as a gift to Morgawr, and screamed at the top of his lungs: 'Come ye out Morgawr; come ye out ancient sea dragon; come ye out great old one!' The entire CFZ team, as well as the TV crew, turned slowly and apprehensively away from Freeman – whose face briefly became like that of someone deep in the throes of demonic possession - towards the harsh, pounding waves. Unfortunately, Morgawr failed to put in appearance that day. It was worth a try though. Now, let's take a look at another example.

In 1981, the almost legendary magician and monster-raiser Doc Shiels found himself caught up in a strange aspect of the Loch Ness Monster saga. It was a saga that reinforced the paranormal origins of the beast. In the same way that, in 1977, Shiels attempted, and apparently succeeded, in summoning up a creature of the loch, he attempted to do likewise at a number of Irish lakes, some four years later. One of those lakes was Lough Leane, a nineteen square kilometer body of water, situated near Killarney. Shiels had a very good reason for focusing on this particular lake. It is said to be the final resting place of a collection of priceless treasure that belonged to a legendary warrior of old named O’Donoghue. Not only that, the treasure is said to be fiercely guarded by a great, three-headed worm. So, with this in mind, Doc attempted to call forth the wormy monster of Killarney. On this occasion, Shiels was far less successful than he had been at Loch Ness: the monster flatly refused to manifest. Of course, there's no reason to give up on the chase - even if the "summoning" approach doesn't always work. Maybe, one day, though, it will prove to be the angle that solves it all.