Dragons, Alleged Sacrifice and a Secret Cult: All at Loch Ness

On a few occasions here I have referenced how, in the late 1960s, Loch Ness Monster seeker, Ted Holiday, found himself immersed in a very sinister situation; possible even a dangerous one. Specifically, it all went down in June 1969. That's when a group of American students, who were in the U.K. for a while, chose to take a trip up to Loch Ness, Scotland. While they were there, they came across something amazing and just a stone's throw from Aleister Crowley's Boleskine House, no less. It was a strange, large tapestry. It was wrapped around a conch (sea-snail) shell. It was around four feet by five feet in size and was adorned with snake-like imagery and wording in Turkish that translated to serpent.  Interestingly, Turkey’s Lake Van has a longstanding monster legend attached to it. In addition, the tapestry itself displayed pictures of lotus flowers, which, according to ancient Chinese lore, were among the most favored foods of the legendary dragons of old. On top of that, in China lotus flowers were often left on the shores of lakes as offerings to the dragons that lurked within. 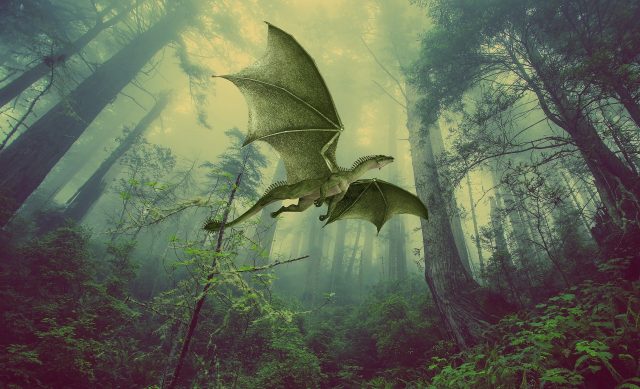 As Holiday dug more and more into the story, he began to hear whispers of a full-blown secret cult in the area that was - allegedly, it must be stressed - engaged in rites and rituals of the sacrificial type. The mysterious group in question, Holiday believed, was said to worship Tiamat, a terrifying Babylonian snake-goddess, or sea-dragon, who was revered as much as she was feared – and chiefly because of her murderous, homicidal ways. She mated with Abzu, the god of freshwater, to create a number of supernatural offspring, all of dragon- and serpent-like appearance. Then there were the dreaded Scorpion Men, equally hideous offspring of Tiamat that were, as their name suggests, a horrific combination of man and giant arachnids. So the legend goes, Abzu planned to secretly kill his children, but was thwarted from doing so when they rose up and slayed him instead. Likewise, Tiamat was ultimately slaughtered – by the god of storms, the four-eyed giant known as Marduk.

If, however, one knew the ways of the ancients, one could still call upon the power and essence of Tiamat – despite her death – as a means to achieve power, wealth, influence, and sex. Such rituals were definitively Faustian in nature, however (as they almost always are), and the conjurer had to take great heed when summoning the spirit-form of Tiamat, lest violent, deadly forces might be unleashed. It was highly possible, thought Holiday, that the monsters seen at Loch Ness were manifestations of Tiamat, in some latter day incarnation, and specifically provoked to manifest by that aforementioned cult. With that all said, today I'm going to share with you even more on the matter  of Tiamat, which, collectively, provides an intriguing body of data.

Ancient History Encyclopedia say: "In all versions of the myth, following the original, Tiamat always symbolizes the forces of chaos, which threaten the order established by the gods, and Marduk (or Ashur in Assyrian versions) is the hero who preserves it. She is depicted, in later periods, as a female serpent or dragon based on vague descriptions of her in Enuma Elish, but no iconography exists from ancient Mesopotamia...It has been suggested that Tiamat is the Babylonian version of the Sumerian Mother Goddess Nammu (also given as Namma) but there are significant differences between the two deities, notably that Nammu is consistently a nurturing, caring figure while Tiamat is vengeful and tempestuous." New World Encyclopedia expand further: "First and foremost, Babylonian mythology characterizes Tiamat as the salty, primordial sea, whose roiling chaos provided the generative force for the first living deities...In addition to this cosmogonic role, she also played the part of the cosmic aggressor, lashing out violently against the younger gods who lost her favor. In this context, as told in the Enuma Elish, her physical description includes, a tail, a thigh, 'lower parts' (which shake together), a belly, an udder, ribs, a neck, a head, a skull, eyes, nostrils, a mouth, and lips. She has insides, a heart, arteries, and blood."

You may or may not agree with me, but I find the cult-like things that were occurring at Loch Ness in 1969 - and practically at the doorstep of Aleister Crowley, the Great Beast - to be fascinating,. Okay, it all occurred just slightly more than half a century ago. But, I suspect there's still a big story here to be found, one that has largely been overlooked or forgotten for slightly more than fifty years. Should anyone be able to add to what we know so far, I would be very interested to hear from you. Hopefully, further data will surface that will allow me to expand on all of this right here at Mysterious Universe.