Magical places on our planet still exist. Located in the cold, churning grey seas 4 mi off the coast of County Sligo, Ireland, is the tiny uninhabited island of Inishmurray. At just 0.3 square miles in area, it is just a forlorn, windswept slash of rock, surrounded by notoriously unpredictable, storm lashed waters and long considered a rather remote and forsaken place. Yet, for as bleak and forlorn as it seems now, Inishmurray has a colorful history, and is steeped in legends that make it out to be a mystical place of magic and wonder, and the realm of mysterious phenomena and fairies.

The first settlers of Inishmurray were monks, who established a remote monastery established here in the 6th century by Laisrén Mac Decláin, later known as Saint Molaise. It was just a humble, simple settlement at the time, eking out a living far from the rest of civilization and living a frugal life in peace. Here they were as if in a whole other world, left to their own devices with no real visitors until Vikings arrived sometime in 795 and ruthlessly attacked the settlement, eventually causing the monks to abandon the island, leaving behind the ruins of a formidable wall, a stone-roofed oratory, some churches, and various other decrepit old structures. Inishmurray would then sit lifeless and forgotten until the 12th century, when a modest secular settlement was started here, which lasted hundreds of years, yet never reaching more than 100 permanent settlers. It was a tough life out there, and eventually the settlers moved away until by 1948 the island was abandoned yet again. Yet it was during this time of settlement from which many of the mysterious tales of the island originate.

The villagers here often spoke of the fairies that lived on the island, which they called the Daoine Mhaith, meaning “the good people” or “gentle people,” and certain places around the island were known as being their haunts. For instance, there was a place called Poll a’ Phíobaire, or the “Hole of the Piper,” where it was said one could hear ethereal pipe music playing of such a heart achingly beautiful quality that no mortal person could produce it. Another place called Manntrach was also known for its fairies, who could be seen frolicking about but who did not like visitors getting too close, and so it was mostly avoided by the islanders. There were also reportedly numerous sites known as “fairy mounds” throughout the island, which are strange, unexplained earthen mounds that have no known origins, but which in this case are said to have been made by fairies for inscrutable reasons.

Besides fairies, there is another very odd legend surrounding the island of Inishmurray. It is said that off shore, tucked off away in the mist and roiling, tempestuous ocean is a mystical island called Banc Ghrainne. According to the lore, the mysterious island was only about one mile away, yet only sporadically appeared to mortal man before evaporating away again, much like the legendary island of Hy-Brasil. The area was famous for its rich lobster fishing, and fishermen would frequently come back with tales of seeing the lost island or of witnessing strange phenomena such as ghost lights or glowing waters. One very bizarre account of Banc Ghrainne was given by a lobster fisherman by the name of Dominick Harte in 1963. He told the Department of Irish Folklore of a very unusual incident he had concerning Banc Ghrainne with his crew as they were fishing the waters, which started with the anomalous smell of roses pervading the air around them. He explains:

There were four of us in the boat haulin’ up the pots. It was the same as within a garden of roses. It was like we were within five acres of roses — all set within one inch of each other — and every man got the scent. 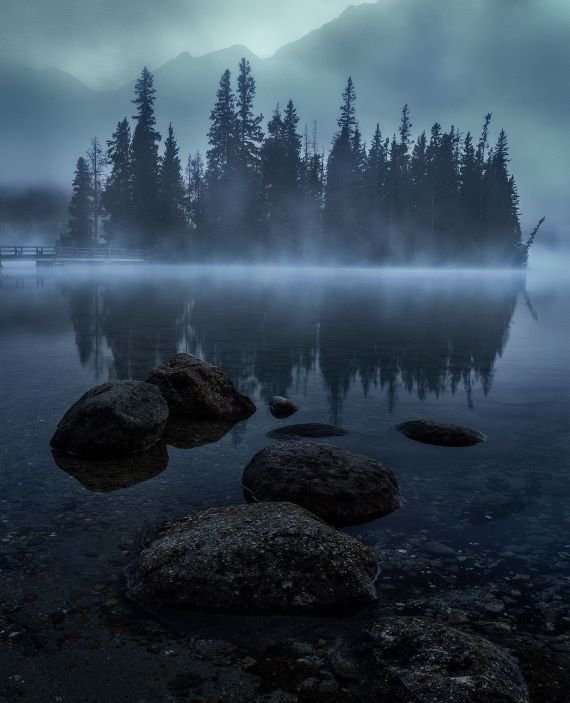 Even stranger still was a report given by the crew of a lobster fishing vessel that actually saw the island, and other weird things. The skipper would relate the tale of how the island had appeared out of nowhere before them, and as he detoured around it they had all seen the form of an old woman sitting upon its shore knitting, after which the whole island promptly vanished into thin air. The writer Joe McGowan, author of Inishmurray: Island Voices, would say of what transpired next:

Puzzled, the crew continued into Sligo Harbour to deliver their goods. At the end of the day, their business completed, the crew was preparing to leave for the return trip to Teelin. As they were pulling away from the harbour they were hailed by a man carrying on his shoulder a large iron pot used long ago to boil spuds or Indian meal. Approaching the skipper the man addressed him: Would you mind takin' me and this pot across the water with you, he said. The skipper agreed so the crew and the stranger set off from Sligo pier for Teelin.

A strong breeze of south wind and sails set full sent the Greencastle yawl at a cracking pace across the water. When they came within a mile of Inishmurray the stranger without a word dropped the pot over the side of the boat and jumped in after it. The skipper swearing at such a foolhardy act put the boat about immediately to search for the man. He found nothing and eventually was forced to give up the search. Night started to fall and he reluctantly headed for home. The boat plied on a weekly schedule between Sligo and Teelin. On the next trip, their business in Sligo finished, they were on the point of leaving the pier when who should they see coming down the harbour again but the same man who jumped off their boat at Inishmurray. I thought, said the skipper, that you were down with me the last time I was here and when we came to a certain spot you threw the pot out first and jumped out after it?

‘I did,’ says the man. ‘What eye do you see me with?’ ‘I see you with the right eye,’ the skipper replied. The stranger walked up and jabbed his thumb into the skipper's right eye upon which the stranger disappeared from view. And so the story ends. Men go in their boats to fish on Banc Ghraine to this day. If you ask them if strange things still happen there, or if they have ever seen this island, or smelled the roses there, they will only look at you with a smile and reply that there are certain things on this earth that are best left alone. 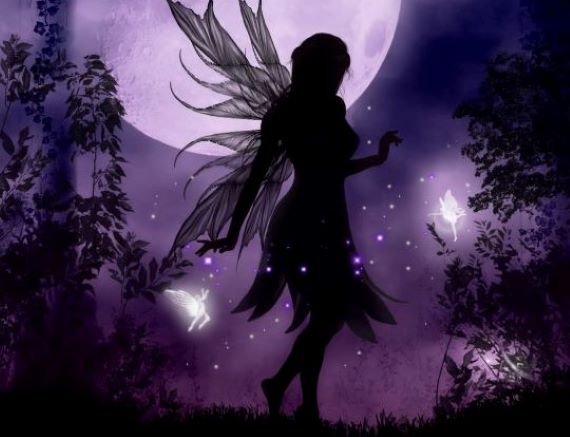 That may be a fair summation of this place, a land that is probably best left alone in the fringes, and which holds forces we are perhaps not ready for, and which may even indeed be forever beyond us. It may always be so, that we have such mysterious places lurking out over the unreachable horizon, no matter how much we penetrate out into the uncharted places of our world. Perhaps it will always remain so, and places such as this will always have a place in our world.