The hungry ghost phenomenon is predominantly an entity that had its origins in the religions and lore of India and Japan. It does, however, have its western equivalent. This particular hungry ghost surfaces from its dark lair on what is without doubt the spookiest night of the year. And, what night might that be? Halloween, of course. For us, today, in the 21st century, Halloween is just a bit of fun and excitement on October 31. Kids dress up as zombies, as ghosts, as ghouls and as monsters. Costume parties are held. Pumpkins are bought in their millions. The words "trick or treat?" echo around much of the planet. And a good time is had by one and all. Few people, though, have an understanding of why we celebrate Halloween in the fashion which we do. You may be surprised to learn that the festival has at its heart the hungry ghost phenomenon. Yes, really. Halloween, the name, is taken from a term coined way back in the 1500s, that of All Hallows Eve. It is also linked to what is called All Saints Day, which is celebrated on November 1 – just twenty-four hours after Halloween. Both Halloween and All Hallows Eve have much older origins that can be found in ancient Gaelic and Pagan rites and rituals. They extend back to at least the tenth century. Collectively, those rites and rituals were known as the Samhain. It was on the night of the Samhain, the ancients believed, that the dead – or, perhaps, the undead – would walk the planet. And, they would come knocking on the doors of the people who so deeply feared the very things that would manifest in our realm on the night of October 31. 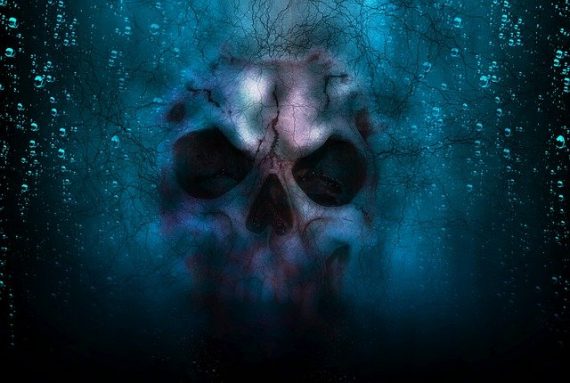 While some of the spectral visitors were friendly, others most definitely were not. As a result, Samhain was all about trying to appease the dead, to honor them, and respect them. And not to incur their terrible wrath. While Samhain lore states that the dead were unable to physically eat food, those same spooks were invited to sit in on the immense banquets that were prepared for October 31. If nothing else, the hope was that the spirits would see the invite as something positive and symbolic and that the dead would not rise up against the living. That is why, today, kids all over the world ask that same, universal question: "Trick or treat?"  It basically means: "Will you give me food or will you a pay a terrible price?" On the night of Samhain, and if it was suspected that particularly hostile spirits were wandering the landscape, people would disguise themselves as the very monsters that they were so frightened of. In other words, it was an ingenious form of camouflage. This old tradition, too, has become inextricably incorporated into Halloween. It’s precisely why kids are encouraged to dress as skeletons, as zombies, and as demons: whether they know it or not, they are continuing a ritual which dates back centuries and which is designed to appease, and hide from, the hungry ghosts that would surfaced on Samhain.

Even Halloween'’s famous Jack-O-Lantern has its origins in paranormal food and the world of the supernatural. In Ireland there is an ancient tradition of a legendary character named only as Stingy Jack, a man who spent most of his life as drunk as a skunk. On one occasion, Jack got the best of none other than the Devil himself: he manipulated the overlord of Hell to climb an apple tree and get him a tasty apple to eat. Not realizing that there was cunning deceit at work, the Devil saw no problem in doing that. While the Devil was climbing the tree, however, Jack carved the sign of the cross into the trunk of the tree – which prevented the Devil from coming down. Jack then demanded that the Devil would agree to never take his soul. The horned and fork-tailed one was outraged. Reluctantly, though, the Devil had no choice: if Jack didn’t obliterate the cross from the tree, the Devil would be stuck up in the tree forever. Against all the odds, Jack had achieved something incredible: he had trumped the Devil. 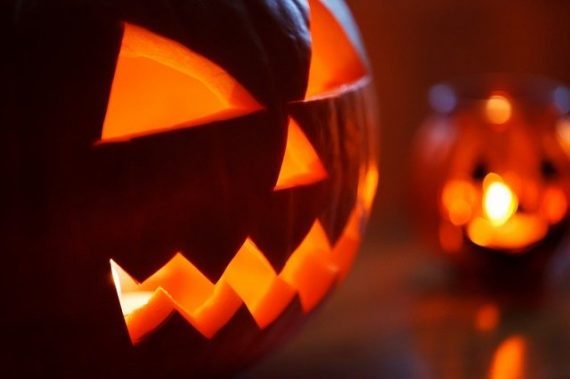 When, as an old man, Jack finally died, he was denied entry to Heaven because of his drunken ways. And, the Devil wanted nothing to do with him either – he had not forgotten that long-gone day when Jack had bested him. At the time that Jack was face to face with the ruler of Hell, he was eating a turnip. Filled with rage, the Devil hurled a hot coal at Jack - which he caught - just as Jack was about to return to our reality, in the form of a ghost. Given that both Heaven and Hell were off-limits to Jack, he decided to walk the landscape by night, seeking – but never, ever finding – a final resting place on Earth. And, how did Jack negotiate the land by night, when the skies were dark? He placed the Devil’s glowing coal into the turnip and used it as a torch to illuminate his way. And, that’s why, today, we have the tradition of placing a candle, or a light, in a pumpkin. And, of course, on the matter of parasites, we should not forget that Jack is part and parcel of the "Trick or Treat?" phenomenon – the treat being mostly a form of food.