The Tasmanian Tiger isn’t (or wasn’t, if you believe they’re extinct) a tiger (the thylacine is/was a carnivorous marsupial), but it currently reigns as Australia’s most well-known mythical creature with a cat’s name. That title may be up for grabs soon as the Ford Australia car company is providing funds to hunt for the Otway Puma. Never heard of it?

"We have 200 years of entrenched folklore about the cat in the bush that we draw on and it slides very quickly to the forefront of our consciousness."

David Waldron has. The Federation University historian and co-author of “Snarls from the Tea-Tree: Big Cat Folklore,” an in-depth study of the history of alien big cats in Australia, says one theory is that the Otway Puma descended from tigers brought to the country by Chinese miners. More recently, there were stories of big cats escaping from traveling circuses or from WWII military bases where they were kept as mascots. There is also a persistent theory that the continent once had a native marsupial big cat (not the Tasmanian Tiger). The sightings often occur on borders between urban and bush area, leading skeptics to blame them on bush-fearing city dwellers mistaking large house cats for scary bush beasts. 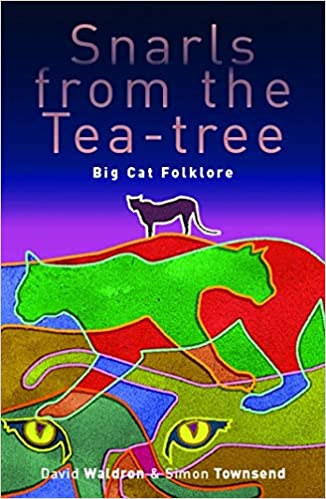 Wherever they came from, there are enough regular sightings of puma-like cats, usually black, that many hunters devote time to track and find them. And, like Bigfoot selling insurance in the U.S., companies think about using them in commercials … which brings us back to Ford.

“Ford Australia is helping to supply equipment and field cameras to support Big Cats Victoria’s search for the Puma in the Australian bush.”

Why would Ford Australia join forces with Big Cats Victoria to hunt for the Otway Puma – a legendary ‘panther’ like predator spotted often in the area of the Great Otway National Park in southern Victoria? It should come as no surprise that Ford is using this to debut a new vehicle – the 2020 Ford Puma ST-Line baby SUV. Ford seems to be tying the promotion specifically to the Otway Puma because (a) the cryptid has been in the news recently, with reported sightings in June and a big cat documentary in May, and (b) Ford has a proving ground in Geelong which borders the Great Otway mountain range and the national park. You can throw in a (c) because insurance companies, real estate firms and others are using cryptids in their ads and it seems to be working.

Putting the obvious marketing connection aside, will Ford’s assistance help find the Otway Puma? Its partner, Big Cats Victoria, has a long history of researching panthers and other big cats and the Thylacine in Southern Australia and south western West Australia. However, all cryptid hunters know that more money helps – for equipment, cameras, expeditions, permits and the other tools of the trade.

Let’s hope the hunt for the Otway Puma is over soon with a definitive answer. Who will lose interest first – Ford, Puma customers or Big Cats Victoria?