A man was out for a walk with his wife and dog along the shore of Loch Ness when they witnessed something strange in the water. In fact, whatever was in the water even freaked their dog Mally out.

They were walking along Dores beach around 4:15pm on Saturday, September 26th when they noticed a strange shape moving in and out of the water. Trevor Ross explained what happened after they started throwing sticks in the water. “Then Mally started barking I said to Sarah (his wife) 'look that’s Nessie' – she laughed said it looked more like alligator.” “Our dog, Mally, the big girl that she is, started shaking, making noises so we took her home to dry off. I think she got spooked.”

While he did admit that the object could have been a log, he did say that he was a believer in the Loch Ness Monster and “I have been along Dores beach loads, and I never seen anything like that before in the water moving.” He was able to take some photographs of the object as well as a video that can be viewed here. 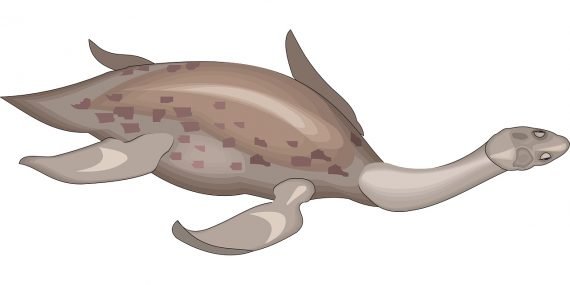 This is just one of several unexplained sightings in recent weeks and the second in just days at pretty much the same location. Just recently, a man and his wife were walking in the village of Dores when they saw something the “size of a bus” coming out of the water. Unfortunately, it went back underneath the water before they were able to get footage of it.

Just days before that, there was an alleged sighting at Chanonry Point in Fortrose with a man claiming that Nessie may have “escaped” Loch Ness and traveled up the coast to that location.

Another sighting occurred on September 1st when a skeptic claimed to have photographed Nessie while he was taking a walk along the Great Glen Way trail. The long, thin, dark shadowy object appeared close to the surface of the water and was moving against the waves.

Additionally, there have been eight official sightings this year according to The Official Loch Ness Monster Sightings Register with the most recent being on September 15th when a woman and her friend were “sitting out in front of the farmhouse looking out into the pastures of sheep and the lake beyond and chatting when something caught the corner of our eye on the lake near the opposite shore.” They thought at first that it was a ripple in the water from a boat but realized that there was an unexplained shadow in the water. Their picture as well as photographs from the other seven official sightings can be seen here.