Looking For an Apocalypse May Help Us Find Extraterrestrials

If an apocalypse is a good sign of extraterrestrial life, does that mean Earth is inhabited by space aliens? That’s a good question with debatable answers that can only be addressed by civilizations on other planets looking at us. At least, that’s the case if you buy the argument presented by a leading astrobiologist who thinks an apocalypse would either be an unusually visible event form afar or a reason for an advanced civilization to send out visibly loud distress signals. This may sound like an alternative opening for the Superman saga, but it’s a real proposal in Scientific American by Caleb Scharf, the head of astrobiology at Columbia University, and it’s worth considering.

“For example, the trigger for that trauma might be when species approaches a particular level of planetary dominance. With their civilization reaching a tipping point of scale that is far more likely to produce detectable technosignatures for distant astronomers—whether as infrared excesses from waste energy or a flood of peculiar atmospheric compounds from polluting industrial processes.” 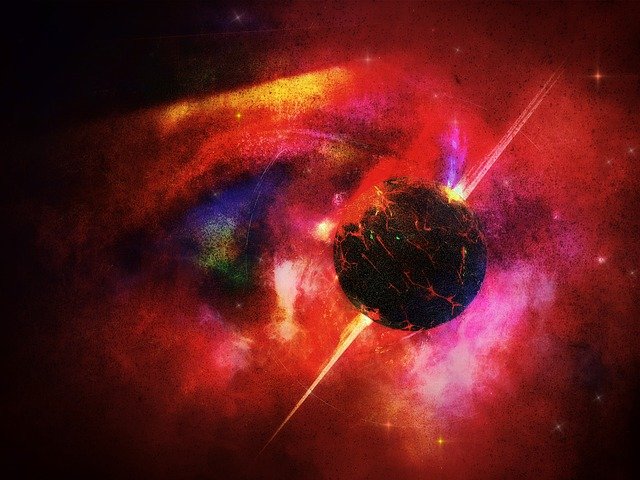 Is Scharf speculating what alien starwatchers are seeing from a small planet orbiting an average star in a spiral galaxy? He doesn’t say, but that’s one scenario he paints that could catch the eye of Earth astronomers or future space travelers looking for intelligent life. Of course, assuming we’re also an intelligent species, it should be apparent that a planet glowing from an apocalyptic event may not be the best place to visit for a while. On the other hand …

“Apart from passive technosignatures, like rapid climate change, the launch of interplanetary or interstellar spacecraft could, if beamed-light propulsion is utilized, produce potent signals detectable elsewhere in the cosmos. Communications with a growing population of exploration vehicles and settlements within a planetary system, or with probes launched to other stars, could also create a noisy beacon for other species to detect. Even efforts to terraform other worlds (and of course this is stretching the realm of possibilities a little), would present a rather shocking event to advanced alien observers steadily tracking the properties of a system.”

Scharf says a bright or loud signal may not be a bad sign but a busy signal (throwback reference for those who remember landlines) showing the advanced activities of a civilization. Communications is certainly something that could be a life-on-Earth signal we emanate, along with rocket or missile launches. So could large fires (we’re doing that), solar panels (that too) or intentional signals to other planets (we’re noisier than we thought). Are we sending an unintentional signal or an early apocalyptic one to others? This has already raised concerns with the increase in SETI projects. Conversely, if we see a signal, should that be the focus of future space missions?

“There is a catch though, and it relates to the well-worn ideas of the Fermi paradox. By the time a species is compelled into doing any of these things, and even before its planetary environment is pushed to a Klaxon-like tipping point, perhaps it simply fails. There is no Hail Mary, there isn’t even a noticeable last gasp, instead it all just shuts down.” 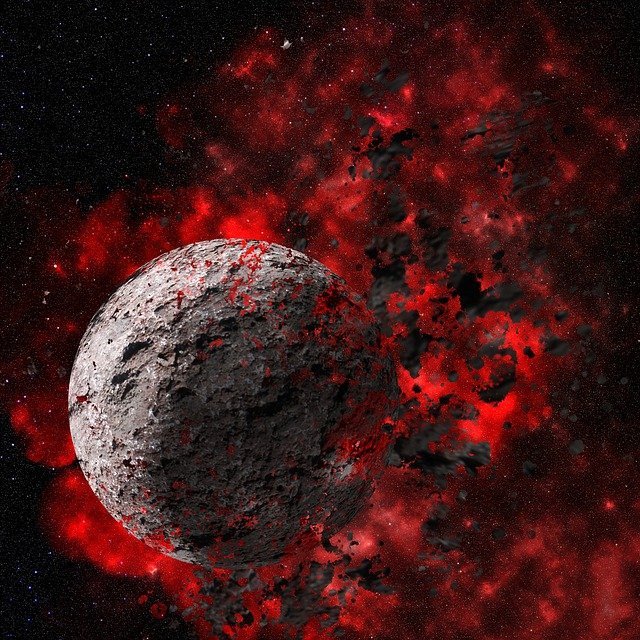 Just like on Krypton when Jor-El had just enough time to launch Kal-El/Superman before the planet was destroyed, these signaling ETs may be too late – if not now, probably by the time we not-so-advanced beings figure out a way to travel across light years. Perhaps that’s a warning – the technology that enables space travel is also destructive, and human nature has shown a decided trend towards the latter. Is that an Earth trait or one common to all similar life forms? Scharf offers a ray of hope:

“Even if they’re experiencing their own apocalypse, we would learn critical things about the properties of a great filter; that there might be time yet to slither past it, and that at least we still have a way to go.”

Slither? Forget looking for an apocalypse someplace else … is he implying something about a certain shape-shifting alien species on Earth surviving a human-created apocalypse?

A Mysterious Island and a Ravine Full of Strangeness