How does one lose a tectonic plate – those massive sheets of the Earth’s crust and upper mantle that form a broken shell for us to stand on when they’re not rubbing together and causing earthquakes and volcanoes? Like the toilet paper aisle at the grocery store, there’s been a lot of pushing and shoving amongst Earth’s plates, with many disappearing and others taking their place. Finding some of these lost plates usually leads to others, but there’s been an ongoing disagreement about a plate that may or may not have existed off the Pacific coast of North America. Given the appropriate name “Resurrection,” this lost plate may have finally been resurrected by geologists who get excited about this sort of thing.

“We believe we have direct evidence that the Resurrection plate existed. We are also trying to solve a debate and advocate for which side our data supports.”

How did geologists at the University of Houston College of Natural Sciences and Mathematics resurrect Resurrection and why has there been a debate about its existence? There are currently seven major tectonic plates, 15 minor ones and dozens of microplates. The study of plate tectonics is just over 100 years old, but it really accelerated with the development of seismic tomography, which uses seismic data to locate ancient plates under the current one which have been subducted or shoved under other moving plates. 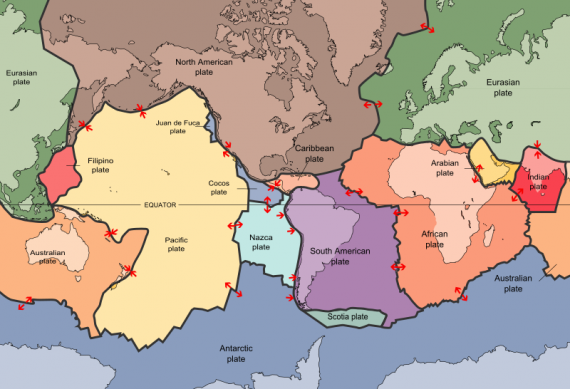 The benefit to finding these ancient plates is that they tell the history and location of ancient volcanoes, which caused ancient periods of climate change, which caused major changes in life on Earth. Geologists have long agreed that there are two ancient plates in the northern Pacific called Farallon and Kula, but some models show that they don’t match up to evidence of an ancient volcanic belt in Washington State and Alaska, leading some geologists to believe there’s a third ‘lost’ plate they’ve called Resurrection between them. Others refuse to accept this theory – hence, the debate.

“When ‘raised’ back to the earth’s surface and reconstructed, the boundaries of this ancient Resurrection tectonic plate match well with the ancient volcanic belts in Washington State and Alaska, providing a much sought after link between the ancient Pacific Ocean and the North American geologic record.”

In a paper published in the Geological Society of America Bulletin, Jonny Wu, assistant professor of geology at UH and Spencer Fuston, a third-year geology doctoral student, show how they used a new tomographic technique called slab unfolding to reconstruct what tectonic plates in the Pacific Ocean looked like during the early Cenozoic Era, 40 and 60 million years ago. That model revealed Resurrection hiding under western Canada and Alaska. (Pictures and video here in the press release.)

Wu and Fuston are too professional to say it to Resurrection disbelievers, so we will for them.