It's rare that military and government agencies cross paths with monsters and strange creatures. When such a thing happens, however, it's guaranteed to be very weird indeed - as you might guess. Situated in Idaho, Lake Pend Oreille is a huge expanse of water that extends in excess of forty miles in length and 1,000 feet in depth. And, it might accurately be said that the lake is the home to a creature not unlike Loch Ness, Scotland’s legendary Nessie. On the other hand, however, Lake Pen Oreille’s lake monster – known locally as Paddler – might be something even stranger. Sightings of the prehistoric-looking thing date back to the 1940s and continue to the present day. While monster hunters are content to suggest that Paddler (or the Paddlers) is either an unknown animal or one from the Jurassic era that survived extinction, there is another explanation for the presence of the monster. It’s a very alternative explanation, too. Patrick Huyghe (of Anomalist Books) is someone who has undertaken extensive research into the saga of Paddler and he has noted something that be of deep and relevant significance: "The very first mention of Paddler came straight from the Navy’s own Farragut Naval Training Station, established on the southwestern end of Lake Pend Oreille in 1942." The Navy’s Acoustic Research Department (ARD) says of its work on, in and under the lake: "Unique experimental hardware and floating platforms have been developed" at the naval facilities on Lake Pend Oreille, noting too that, "future plans include continuation of sonar dome development and submarine silencing and target strength reduction experiments using large-scaled models.”" One has to wonder if some of these "unique experimental hardware,"floating platforms," and "large-scale models" may have been responsible for at least some sightings of what the witnesses believed was Paddler. Moving on... 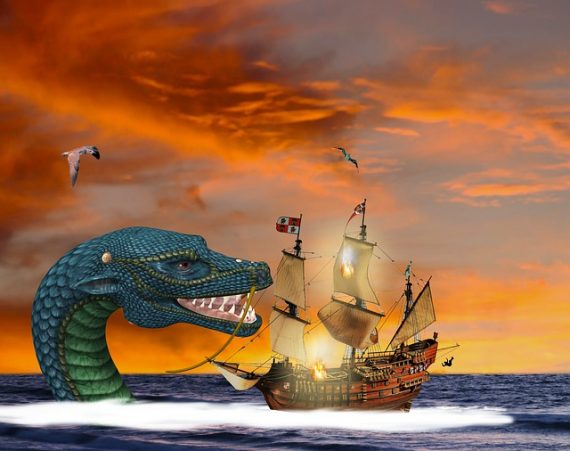 Nineteen-Sixty was the year in which one of the most famous, and controversial, pieces of film-footage of an alleged Loch Ness Monster was taken. It was the early morning of Saturday, April 23, 1960 and acclaimed Nessie-seeker Tim Dinsdale was several days into an expedition at the loch when something remarkable and – for Dinsdale – life-changing occurred. A great debate grew regarding the footage, as you might guess.  There was a major development in the story of Tim Dinsdale’s forty-feet of film in 1965. It was all thanks to a man named David James. As well as being a persistent pursuer of the Nessies, James was also a former member of the British Parliament. And as such, he had a lot of contacts and influence in the government, including personnel from what was called JARIC, the Joint Air Reconnaissance Center, based at Royal Air Force Brampton, Huntingdon, England. JARIC’s five hundred or so staff were experts at studying film-footage – and, sometimes, hazy and hard to define footage, which was, and still is, certainly a good way to describe Dinsdale’s film. Plus, studying film of an alleged Loch Ness Monster was a welcome break for the JARIC people, whose work was generally focused on analyzing footage of Russian fighter-planes, bombers, and missile bases. Not only did JARIC carefully scrutinize Dinsdale’s footage, they also came to a remarkable conclusion. Noting that the object was likely "not a surface vessel," such as a small boat, the team said that, "One can presumably rule out the idea that it is any sort of submarine vessel for various reasons which leaves the conclusion that it is probably an animate object."

On December 21, 1977, the United States Fish and Wildlife Service published a controversial and thought-provoking document titled Are We Ready for “Bigfoot” or the Loch Ness Monster? It began in what was most certainly eye-catching fashion. And, it raised some important questions: "What if they really did find the Loch Ness monster or the legendary Bigfoot of the Pacific Northwest? Most scientists doubt that these creatures exist, but thoughts of the discovery of a new species that might be the closest living relative to man, or the possibility of finding a leftover dinosaur, excite the imagination of scientist and nonscientist [sic] alike. It also poses another question: Would such a creature be subjected to the same kind of exploitation as the giant movie ape, King Kong?" In the FWS’s very own words: "…finding a Loch Ness monster or Bigfoot is still a possibility, and the discovery would be one of the most important in modern history. As items of scientific and public interest they would surely command more attention than the moon rocks. Millions of curiosity seekers and thousands of zoologists and anthropologists throughout the world would be eager to ‘get at’ the creatures to examine, protect, capture, or just look at them." 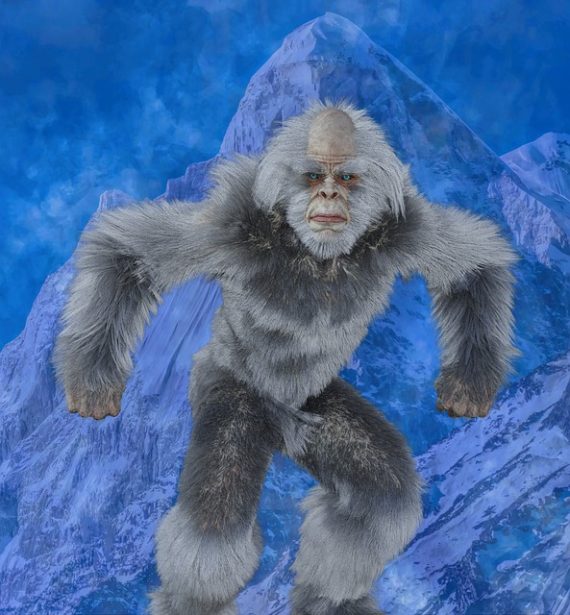 Finally: In 1957, the New York Times ran an article with a very eye-catching title: "Soviet Sees Espionage in U.S. Snowman Hunt." In essence, the Russians suspected that certain treks to the heart of the Himalayas were actually ingenious covers for espionage-based activities. One of those who the Russians believed was using his Yeti hunts to do a bit of secret spying for the U.S. Government was Tom Slick. He was a self-made millionaire from San Antonio, Texas who was as tied to the world of Cryptozoology as he was – as some believed – to the domain of espionage. The New York Times added that, as far as the Russians were concerned, the “engineering” of the escalating problems between China and Nepal were being stimulated by “the missing link in the story of the mysterious scientific expeditions sent to the Himalayas in quest of the 'snowman.'" But, there was another aspect to the matter of government secrecy and the legendary Yeti. We know this thanks to the provisions of the United States’ Freedom of Information Act.

For the evidence, we have to go back to 1959. Specifically to November 30, 1959. The location: the U.S. Embassy at Kathmandu. It was within the heart of the embassy that an undeniably weird document was carefully and quietly drafted. Its title was “Regulations Covering Mountain Climbing Expeditions In Nepal – Relating To Yeti.” The document was put together by a man named Ernest H. Fisk. His official position, at the time, was that of Counselor of the Embassy. Certain criteria for seeking and hunting the Yeti had been laid down. The document notes that anyone who wanted to set off in search of the Abominable Snowman had to obtain a legal permit from the government officials in Nepal. The files reveal that Fisk considered it perfectly okay to photograph a Yeti. But, shooting at, and even killing, one of the creatures was a definitive no-no.

As the above demonstrations, monsters, military agencies and government offices are not too far from each other, after all!

The Mysterious Curse of the Los Roques Islands