More on the Matter of Spectral Animals and Life After Death

My previous article was focused on the strange saga of the so-called "Man-Monkey." It was a large, chimpanzee-like creature that surfaced around Bridge 39 of England's Shropshire Union Canal from the late 1800s onward. What makes the story so weird (as I noted in that aforementioned article) is that it blended the fields of ghosts and Cryptozoology into one very peculiar package. Of course, this provokes a very important question: how can two extremely different fields of research - monster-seeking and ghost-hunting - combine into one? Let us see. As far back as the 1800s, Charlotte S. Burne, who was personally responsible for bringing the story of the Man-Monkey to the attention of people in her classic title Shropshire Folk-lore, most certainly thought that she had the answer to this curious riddle. Or, at the very least, she certainly acknowledged that certain, relevant belief-systems  provided the answers.  Burne's words went as follows:

"I believe [the story of the Man-Monkey] to have originated in the classical and medieval notion of werewolves, living men who could assume the shape of a wolf at pleasure," Burne began. "Sometimes also a corpse would arise from its grave in the form of a wolf, and might do incalculable damage if it were not at once beheaded and cast into the nearest stream. This is a Prussian fancy, and the English King John too is said to have gone about as a werewolf after his death. Wolves have been extinct in England long enough to have disappeared from popular tales though not so many centuries as most people suppose, but the Man-Monkey seems very like the old fable in a new guise [Italics Mine]." Now, we move onto someone else who turned their attentions to broadly similar scenarios.

Elliott O’Donnell was the author of numerous books. The long list included Ghostly Phenomena, Confessions of a Ghost Hunter, Ghosts with a Purpose and Famous Curses. He was someone who was particularly fascinated by the subject of life after death in the animal kingdom. In his 1912 book, Werewolves, O'Donnell stated something that has a bearing upon the very matters described, and commented upon, by Charlotte Burne. O’Donnell presented a fascinating body of data in his near-legendary book. It is essential reading for anyone who wishes to acquaint themselves with hard to find data on British man-beasts (like the Man-Monkey) albeit more of a wolf variety than ape-like. Nevertheless, O’Donnell’s words are deeply applicable to this particular article and the previous one, too. He wrote: "It is an old belief that the souls of cataleptic and epileptic people, during the body's unconsciousness, adjourned temporarily to animals, and it is therefore only in keeping with such a view to suggest that on the deaths of such people their spirits take permanently the form of animals [italics mine]. This would account for the fact that places where cataleptics and idiots have died are often haunted by semi and by wholly animal types of phantasms." 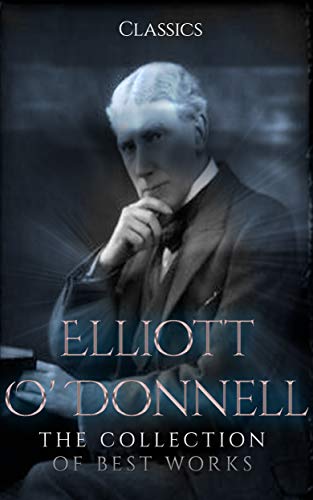 O'Donnell’s words - specifically "idiots" and "such people" - are hardly what we should expect from someone like O'Donnell, a well-known author of his time. His undeniably insulting words serve to demonstrate how very different (and very wrong) attitudes were back then. Now, we come to the most important part of the story. The Man-Monkey of Bridge 39 at the Shropshire Union Canal was first seen just a few days after a local man had committed suicide by throwing himself into the very same canal and drowning. Was this a case of nothing more than coincidence? Are we, incredibly, seeing something akin to what O'Donnell thought: namely, that the human spirit can take on the appearance of an animal after death? Or, was the whole thing born out nothing but rumor, suspicion and / or folklore? At this stage, it's highly unlikely that we will ever get the answers to this very weird 141-year-old affair. The story, though, continues to endure.