Not to sound flippant about a serious subject, but cattle and horse mutilations in the year 2020 are beginning to resemble a game of Whack-a-Mole – cases pop up, investigators miss catching who or whatever did it, another case pops up elsewhere and the futile whacking continues. The latest location for these horrific abuses to appear is in Oklahoma, where rancher Cody Zimmerman went to check on newborn calves and instead found a horrific scene.

“Yesterday, we were out here checking cattle and found the two calves here. Both of them had their tongues cut out, genitals removed, anus cut out."

“Both of them without any bullet wounds. I believe they were cut open while they were alive. It’s just a real bad deal and evil."

A “real bad deal and evil” that got worse when he moved the corpses and found that their hearts and eyes had been cut out and their hooves cut off, as The Lawton Constitution and ABC (with photos) report. This doesn’t sound like the work of a trained butcher, a starving person in need of food or even a space alien in need of lab samples. Sadly, Comanche County Sheriff Kenny Stradley says this is not his first cattle mutilation rodeo -- his department investigated a similar case in June 2020. Stradley doesn’t buy any paranormal explanations – he thinks "whoever does this is clearly a sick person" and likely a member of an occult group experienced in mutilations for their services or some other reason, because …

"The people who do this leave no evidence behind. It's almost impossible to catch them unless you catch them in the act." 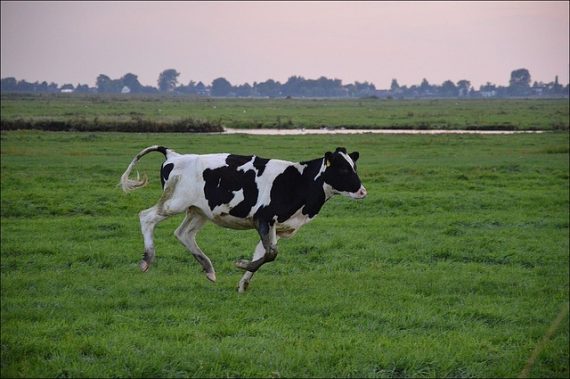 The sheriff gives a clue that could help catch “them” in the act – he says the attacks often happen before Halloween ... the holiday beloved by kids and costumed partiers, revered by witches, and ruined by incidents like the latest in Oklahoma. Catching just one in the act could resolve the mystery and the so-called “cult hysteria” – while it’s easy to blame unseen "evil" forces, in-depth investigations at mutilation sites around the country by local police on up to the FBI have consistently turned up nothing. Ranchers have never been hesitant to blame wild animals and then seek to exterminate them (wolves and coyotes), but few mutilated cow owners go that route. They hate the government for various reason, but rarely use the “secret government programs” conspiracy theory. They also rarely blame UFOs and ETs – why would an ET cut up a cow when they could easily snatch up a human?

Why is it so difficult to catch the mutilators in the act? Mostly because there’s just so many heads of cattle in this country and so little surveillance in the wide open spaces. Could an increase in satellite surveillance of cattle ranches help – at least during Halloween season? Good luck getting Western ranchers to accept that offer. 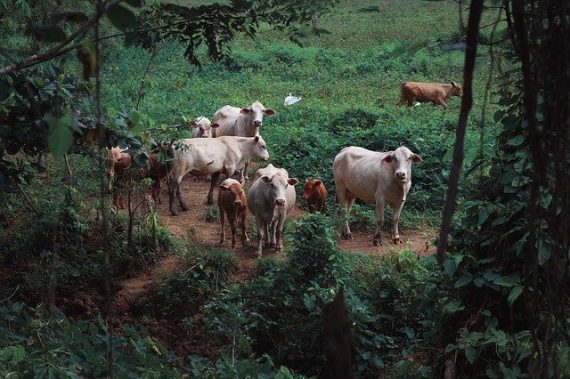 The “occult” factor comes up so often because it’s so easy to link to fears of the unknown and hatred of different religions and ceremonies. The fact is, there has been very little evidence ever turned up of such sacrificial cults in the U.S. Think about it … why would a cult set up shop in Oklahoma? Is easy access to cows enough compensation for having to live where one will obviously never be accepted?

So, if we rule out cults, aliens, government programs and wild animals, what else is left as the incredibly elusive cause of cattle and horse mutilations worldwide? Perhaps the most sinister force of all -- our fellow humans who are …

“A real bad deal and evil."

The Incredible Extent to Which Ufologists Have Been Deceived