NASA has been teasing us with an upcoming announcement on some exciting lunar news and we finally know what it is. For the first time, NASA’s Stratospheric Observatory for Infrared Astronomy (SOFIA) has confirmed that there is in fact water on the moon’s sunlit surface. This suggests that there could very possibly be more water across the lunar surface instead of just in the cold spots covered by shadows.

Water molecules have been found in Clavius Crater which is located in the southern hemisphere of the moon. They found that the water – approximately the amount of a 12-ounce bottle – was present in a cubic meter of soil.

Paul Hertz, who is the director of the Astrophysics Division in the Science Mission Directorate at NASA Headquarters in Washington, explained this further, “We had indications that H2O – the familiar water we know – might be present on the sunlit side of the Moon,” adding, “Now we know it is there. This discovery challenges our understanding of the lunar surface and raises intriguing questions about resources relevant for deep space exploration.” 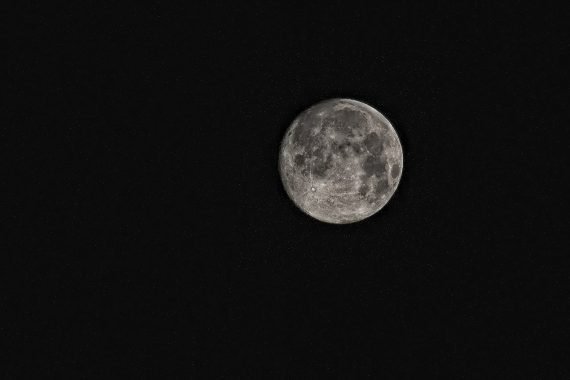 Lunar exploration has come a long way since astronauts first stepped foot on the moon back in 1969. At that time, they thought that the moon was totally dry but advanced research and new technology like NASA’s Lunar Crater Observation and Sensing Satellite have proved otherwise.

Lead author of the study, Casey Honniball, stated, “Prior to the SOFIA observations, we knew there was some kind of hydration.” “But we didn’t know how much, if any, was actually water molecules – like we drink every day – or something more like drain cleaner.”

Based on observations from SOFIA and its 106-inch diameter telescope, scientists were able to look closely at the water molecules found in Clavius Crater. “Without a thick atmosphere, water on the sunlit lunar surface should just be lost to space,” explained Honniball, adding, “Yet somehow we’re seeing it. Something is generating the water, and something must be trapping it there.”

There are several possibilities explaining the water found on the moon, such as impacts from micrometeorites that are known to carry tiny amounts of water. Another more complex possibility is that the solar winds generated from the sun could send hydrogen to the moon which would then turn to hydroxyl from a chemical reaction with the oxygenated minerals in the soil. It would then turn into water because of the micrometeorite impacts causing radiation.

As for what traps the water, it could be from the high amounts of heat generated from the micrometeorites hitting the moon causing the bead-like structures to become trapped in the soil. They could also be present between soil grains and are therefore hidden from the sunlight.

NASA is planning to conduct more lunar observations and research such as looking for more water in different locations across the moon’s surface as well as trying to figure out how it showed up and where it is stored.

This is a huge and very exciting discovery, especially in regards to future missions to the moon. “Water is a valuable resource, for both scientific purposes and for use by our explorers,” noted Jacob Bleacher who is the chief exploration scientist for NASA’s Human Exploration and Operations Mission Directorate. “If we can use the resources at the Moon, then we can carry less water and more equipment to help enable new scientific discoveries.”

Beware of Naked Mole-Rats Kidnapping Babies to Turn into Slaves