NASA has released a photo of the “Greater Pumpkin” galaxies and it is the perfect timing in regards to Halloween. The two galaxies, named NGC 2292 and NGC 2293, are located approximately 120 million light-years away from us in the constellation Canis Major and are beginning to collide.

The picture that was captured by the Hubble Space Telescope looks like a gigantic pumpkin with glowing eyes and a crooked smile. The “eyes” are actually a bunch of stars that are surrounding two supermassive black holes, while the faint blue-colored “smile” is a cluster of newborn stars. The “pumpkin’s” orangish color is a result of red stars.

In a statement, NASA further described the picture, “Hubble's holiday offering is a pair of colliding galaxies that resemble the cartoon Peanuts character Linus' imagining of the elusive Great Pumpkin,” adding, “'Great' is an understatement in this case because the galaxy pair spans 100,000 light-years.”

Interestingly, when the two galaxies finish merging, they could form a gigantic spiral galaxy. In fact, while the “smile” is made up of a cluster of newly formed stars, it is actually the beginning of the formation of a spiral galaxy. The “smile” stretches from one galaxy to the next and was probably created from compressed interstellar gas when the collision began.

William Keel, who is an astronomer from the University of Alabama in Tuscaloosa, has speculated that when the two merge together, it could turn out to be quite similar to the spiral galaxy known as UGC 2885 (or Rubin’s Galaxy) which is absolutely massive as it is two and a half times wider than the Milky Way and has ten times the amount of stars. It is located about 232 million light-years away from us in the constellation Perseus.

A picture of the “Greater Pumpkin” galaxies can be seen on NASA’s Hubblesite page. 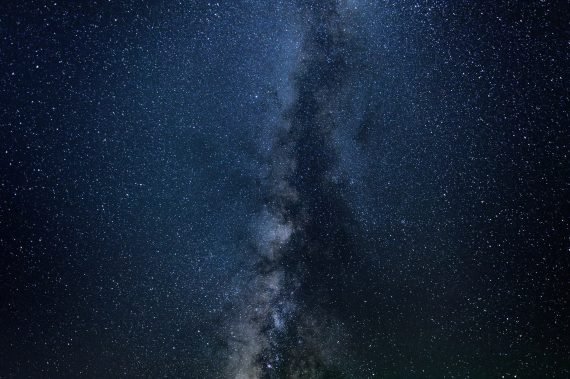 This photo comes a year after NASA posted an image to their Facebook page of our sun also looking like a giant pumpkin. In their description, they stated that the photo was taken by an ultraviolet light on their Solar Dynamics Observatory satellite back in October of 2014. The “jack-o-lantern face” was caused by increased activity of sun spots. That picture can be seen on NASA’s Facebook page as well as on their website.