It seems that, right now, the phenomenon of the Loch Ness Monster is growing and growing. On October 3, I wrote an article here at Mysterious Universe titled "Dragons, Alleged Sacrifice and a Secret Cult: All at Loch Ness." It was published on the 4th and was focused on the story of a strange tapestry that was found in almost-spitting distance from Aleister Crowley's old home, Boleskine House. Then, right on the back of that, was this from the Inverness Courier newspaper: "A carved wooden box may contain the secrets which unlock some of the mysteries of a notorious Highland home. A man from Grimsby is appealing for information on the box which it is claimed was found under the floorboards of Boleskine House. The site, previously owned by the infamous occultist Aleister Crowley and Led Zeppelin guitarist Jimmy Page, overlooks Loch Ness." There's also the matter of a very recent sighting of one of the elusive monsters. This story, too, was picked up by the Inverness Courier. 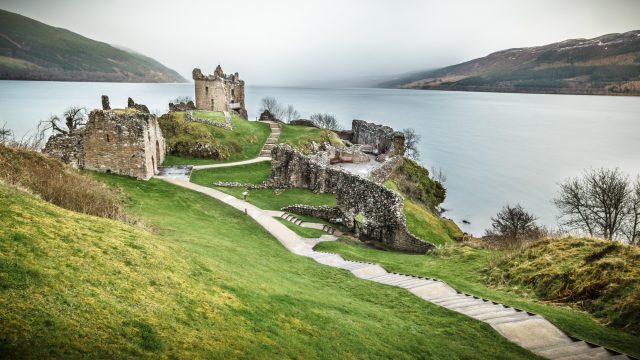 In this case, the witness was a man named Corey Sturrock. The Inverness Courier said of his encounter of the monstrous type: "A Nessie sceptic has been converted after spotting a giant creature rise out of the water while out for a walk. Corey (23) and Lauren (22) Sturrock were walking at Dores on Saturday at around 3.40pm when they saw something the 'size of a bus'” emerge from the depths. Mr Sturrock, who is a full-time carer for his wife, said he has always dismissed any talk of the Loch Ness monster, but after seeing the eel-like fish believes that there is something lurking in the waters that is quite unbelievable. Mr Sturrock said he was reluctant to come forward in case people thought he was claiming to have seen Nessie. But he said there were a number of people on the loch-side who saw the same thing. He said: 'I have been camping and walking on Loch Ness my whole life and I have never believed in the Loch Ness monster.'"

Amid all of this there was yet another development in relation to Loch Ness and its legendary creatures. Long-time Nessie-seeker Steve Feltham wrote the following on his Nessie Facebook group: "

So much driftwood,
So many boatwakes,
So many false alarms and out and out fakes.

For so long now we have been searching for that definitive, game changing piece of the jigsaw puzzle.
Decades can pass between one great piece of evidence and the next.
People ask me if I ever lose heart?
I have been constantly excited by the unpredictability of this mystery, there has always been something coming over the horizon, the next game changing twist in the pursuit of an explanation.
Strap yourselves in!
The next game changing piece of evidence has breached the horizon!
...and its the best I've seen in decades.

Can't say any more yet.

Roland Watson - of  the books The Water Horses of Loch Ness and When Monsters Come Ashore - says: "Naturally, this has got a lot of people excited and I await with some degree of anticipation what is about to be revealed myself. Is it a series of still images or a video or perhaps a sonar trace? Perhaps it is none of these. Steve says it is the best evidence he has seen in decades. Is that the best since the Dinsdale film or Rines body photo or Johnston photos? Well, I cannot be sure since my idea of best evidence in decades is not the same as another monster hunter's best. But it is described as 'the next game changer' which is a phrase carrying a burden of expectation with it." 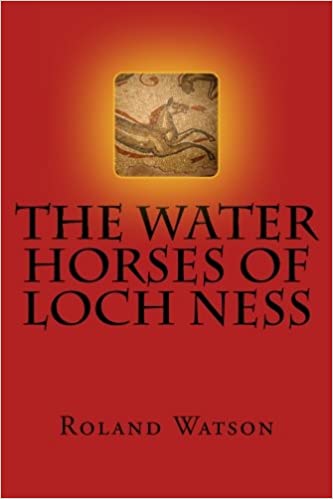 On October 5, the Daily Record newspaper said: "The 'most compelling' evidence of the existence of Nessie has been recorded more than 500ft below the surface of the loch. Monster hunters are astounded by the clarity of the image of an object, estimated to be 33ft long – although an expert said it may just be a shoal of fish. The sonar image was captured by Cruise Loch Ness director Ronald Mackenzie while he was skippering a catamaran on Wednesday afternoon. The 49-year-old said: 'It was a bit of a dreich day and we only had 12 passengers. We were at our halfway point off Invermoriston, where we turn around. The water is 189m (620ft) deep there. The passengers were quite excited because we had just spotted a sea eagle, but then I saw on the sonar something more eye-catching." Namely, that sonar image.

Surely, all of this begs the question: whatever next?!