Profiling the Supernatural “Little People” of Sicily: Shape-Shifting and Manipulation

Today's article is a strange one. It's a story that you may not be aware of, but there's no doubting the fact that it makes for intriguing reading. It revolves around a mysterious phenomenon that had its origins in Italy - and centuries ago, no less. On top of that, the story has a connection to shape-shifting and magical beings. In other words, what have been termed "the little people." That's quite a few strands, to say the least. Now, let's put those strands together. Welcome to the domain of the Donas de Fuera. Their specific place of origin? Sicily, which is an island in the Mediterranean Sea and a region of Italy. Very much like the magical and manipulative elementals of England, Scotland, Ireland, and Wales, the Donas de Fuera were small, humanoid entities that had somewhat of a fraught relationship with the local, human population of Sicily. Although there were both male and female beings, certainly it was the latter who were the most visible when it came to the issue of interacting with the people of Sicily. While they were described as both beautiful and enchanting, the Donas de Fuera were not to be messed with. Not at all. They certainly had their friendly sides to their characters, but, if and when offended, their wrath ranged from cruel and dangerous to downright deadly.

Interestingly, the Donas de Fuera looked human – apart from their height – aside from their strange feet, which were described as being circular or even paw-like. The latter description is most apt, since the Donas de Fuera were said to have the ability to turn themselves into cats – of the regular kind and also of a black variety of mountain lion size. There's no doubt that those large black cats mirror the so-called 'Alien Big Cats" (or ABCs) of the U.K., large, unidentified black cats that have roamed the land for centuries. Of course, this suggests that the ABCs of the U.K. might very well be shape-shifters, too. That, however, is a story for another day and another article. Now, let's learn more about these enticing, body-morphing creatures of the magical variety. Faerie Lore say: "It is said that the Doñas de Fuera would make contact with humans, mostly women, who possessed 'sweet blood' and would take them to Benevento, on the Italian mainland, by flying them there on magic goats. There they would reportedly engage in orgies and various acts of celebration such as feasting and dancing. The King and Queen of the Doñas de Fuera were said to hold court in Benevento as well, and the humans taken there were apparently made to swear allegiance to them and to denounce their belief in God and the Virgin Mary."

We are also told: "In historical Sicilian folklore, the doñas de fuera would make contact with humans, mostly women, whom they took to Benevento ("the Blockula of Sicily"). The fairies were called doñas de fuera, which was also a name for the women who associated with them. They were described as beauties dressed in white, red or black; they could be male or female, and their feet were the paws of cats, horses or of a peculiar 'round' shape. They came in groups of five or seven and a male fairy played the lute or the guitar while dancing. The fairies and the humans were divided into companies in different sizes (different ones for noble and non-noble humans), under the lead of an ensign. Every Tuesday, Thursday and Saturday, the fairies met the humans belonging to their company in the woods. In March, several companies gathered, and their 'Prince' instructed them to be benevolent creatures. A congregation called The Seven Fairies could transform themselves to cats and something called aydon; ayodons were able to kill." 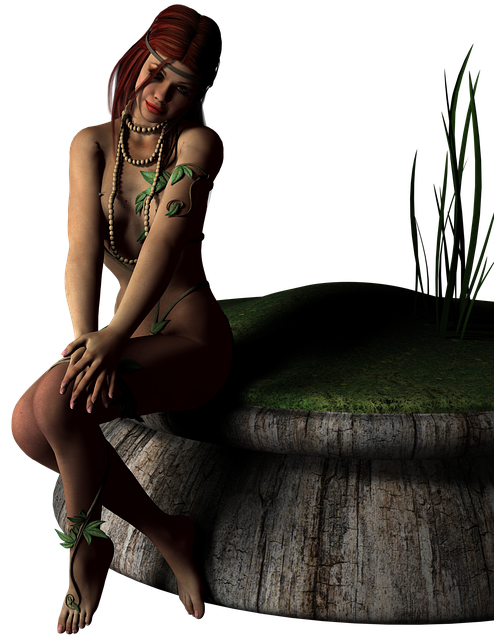 And, there are the following words from Wikivisually: "The fairies could easily be offended by humans. In one story, a man who was not associated with the fairies and was unable to see them developed a painful cramp after hitting one of the fairies who was listening to him play music. Another story involves several people who had disturbed the fairies while they nocturnally traveled from house to house, eating and drinking as they routinely embraced the town's infants. On those occasions, the person in question paid one of the people associated with the fairies to be the host of a dinner at their homes, meeting the fairies while the owners of the house slept."

The phenomenon of the Donas de Fuera is still well known to the people of Sicily, as you might well guess. In other words, the old beliefs are still adhered to by those who know of the old tales - and of that somewhat uneasy relationship between humans and these magical, little creatures of another, paranormal realm.

Gigantic Coral Reef is Taller Than the Empire State Building