Sonar and the Loch Ness Monsters: The 1950s to Now

You may have seen the recent news about a strange and large "something" caught on sonar in the dark depths of Loch Ness, Scotland. On October 5, the Mail on Sunday newspaper published an article that, in part, stated the following: "A sonar has detected a mystery 30ft long shape 500ft below the surface of Loch Ness - immediately sparking excited speculation from Nessie hunters. The 'solid and pretty big' sonar contact was picked up by a boat owned by Cruise Loch Ness. The mystery creature is likely to feed on trout and eels at the bottom of the loch, which has the largest volume of freshwater in Britain. Director Ronald Mackenzie, 48, said: 'Who knows what it is, there is quite a lot of fish at the bottom of the loch, there is carnivorous trout and eels. I believe that there is something big living deep down in the Loch, who knows what it can be but I would love to think it's Nessie. It is something which is feeding on eels or trout. It is quite unusual.' The mass was picked up around 4pm on Wednesday when Ronald was skippering a boat with technology from two years ago, about six miles from Fort August. The father-of-three added: 'A sonar expert has looked at it and says it's genuine. There is definitely something there. I'm going to give the image to the company which made the equipment to look at." 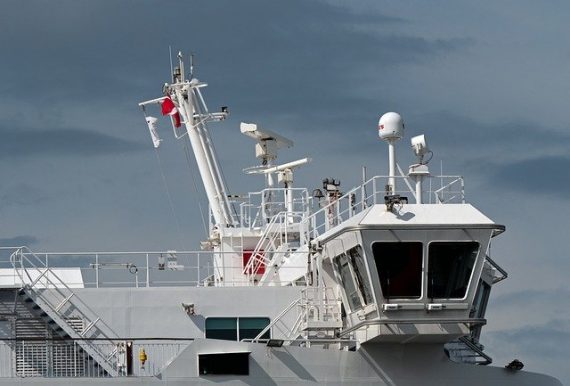 With that said, here's a little bit more about sonar. The National Oceanic and Atmospheric Administration (NOAA) says of sonar: "Sonar, short for Sound Navigation and Ranging, is helpful for exploring and mapping the ocean because sound waves travel farther in the water than do radar and light waves. NOAA scientists primarily use sonar to develop nautical charts, locate underwater hazards to navigation, search for and map objects on the seafloor such as shipwrecks, and map the seafloor itself. There are two types of sonar - active and passive. Active sonar transducers emit an acoustic signal or pulse of sound into the water. If an object is in the path of the sound pulse, the sound bounces off the object and returns an 'echo' to the sonar transducer. If the transducer is equipped with the ability to receive signals, it measures the strength of the signal. By determining the time between the emission of the sound pulse and its reception, the transducer can determine the range and orientation of the object. Passive sonar systems are used primarily to detect noise from marine objects (such as submarines or ships) and marine animals like whales. Unlike active sonar, passive sonar does not emit its own signal, which is an advantage for military vessels that do not want to be found or for scientific missions that concentrate on quietly 'listening' to the ocean. Rather, it only detects sound waves coming towards it. Passive sonar cannot measure the range of an object unless it is used in conjunction with other passive listening devices. Multiple passive sonar devices may allow for triangulation of a sound source."

Now, it's worth noting this is not the first time something unidentified has been caught on sonar in Loch Ness. For example, Operation Deepscan was a highly ambitious project put into place in October 1987. It was an effort to seek out the Nessies with sonar and which just may have had some degree of success. No less than two dozen boats were utilized to scan the depths of Loch Ness with echo-sounding equipment. Some of the presumed anomalies recorded were actually nothing stranger than tree-stumps. Others may have been a seal or two, which had wandered into the loch. Nevertheless, there was a moment of excitement when something large and unidentified was tracked near Urquhart Bay and at roughly 600 feet below the surface. It prompted Darrell Lowrance, of Lowrance Electronics – whose echo-sounding equipment was used in Operation Deepscan – to say: "There’s something here that we don’t understand; and there’s something here that’s larger than a fish, maybe some species that hasn’t been detected before. I don’t know." 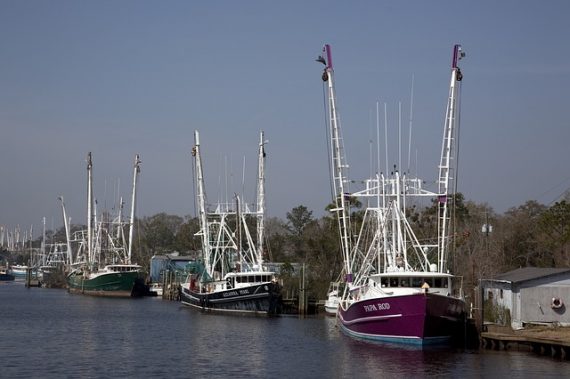 Going back even further in time, in December 1954, the crew of the Rival III fishing vessel had a curious encounter on Loch Ness. None of them caught sight of a Nessie – at least not visually. What they did do, however, was to track on their sonar equipment a large, unknown object which shadowed the boat for a distance of around two and a half thousand feet and at a depth of approximately 480 feet. Precisely what it was, was never determined. In light of all the above, it's likely that the Nessie-sonar issue won't be going away anytime soon.