Strange Tales of Even Stranger Bears: Ghostly and Huge

It's not often that bears feature in the domains of Cryptozoology and the paranormal. Such a thing does happen now and again, however. As you will now see. Neil Arnold, a good friend and author says: "For several decades Clapham Woods in West Sussex, [England] has been the subject of many a dark whisper and wicked rumor. Tales of ghosts, murders and black magic often emerge from the ancient woods. My favorite and certainly, creepiest story pertaining to Sussex, and there are many, concerns a sighting of a truly dreadful creature. This manifestation even made the Littlehampton Gazette, in 1975, around the autumn. Even national radio and the popular, topical BBC program Nationwide, featured the story. At the time the area was caught up in a flap of high strangeness. News-crews, journalists, UFO investigators, and paranormal enthusiasts flocked to the area, but rarely after dark.

"Two dogs had gone missing in the area, and when researchers stumbled across a footprint measuring eight-inches long and almost four-inches wide, but showing four-claw mark indentations (and a fifth claw mark towards the rear of the main pad), it was clear that something bizarre was going on. Twelve inches in front of the print, was another, almost identical print. The investigators were equipped with a Geiger counter, as well as other paraphernalia. Suddenly, the needle of the counter began to act oddly when the counter was swept over the prints, and then, from the darkness a grey pillar of mist appeared. With the main A27 road in ear shot, the researchers decided it best to head for home, but then the monster appeared. The hazy shaft of mist before them took on the form of a great bear-like creature. The apparition then faded within ten seconds. From then on Clapham Woods would become known for its paranormal activity. It was once rumored that a bear cult operated clandestinely in the thickets, and maybe they’d raised some kind of tulpa-like energy forever to haunt the shadows of the 'birdless grove.' 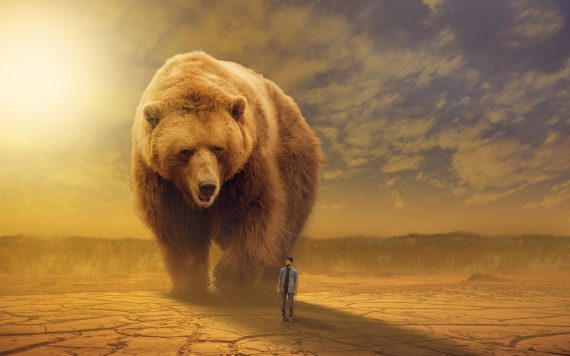 "Strange symbols, time lapses, animal sacrifice, phantom hounds, secret societies and several obscure cults: Clapham Woods is certainly one of those special places. Blue Bell Hill in Kent, and Cannock Chase in Staffordshire seem to offer similar bouts of high strangeness, whether in the form of strange animal sightings or peculiar activity and folklore. Whether by strange coincidence, the grounds of Verdley Castle, situated also in West Sussex, are supposedly haunted by a giant bear. It is alleged to have been the last bear in England." Now, let's take a look at another intriguing story.

In 1899 a decidedly curious creature was encountered in Alaska by a man named Alfred L. Dominy and a colleague named Weyhrich. It was a terrifying, shape-shifting nightmare that became known as the Indian Devil. Adams, a resident of Los Angeles, California, told his story to the press, which was all too keen to publish his saga of the sinister kind. It went like this: "In the spring of 1899 myself and partner were going up the Francis River when we came across an animal which apparently had been drowned and left by high water on a gravel bar. It was about the size and shape of a small bear, would weigh about 300 pounds, snow white, hair about the same length and thickness as a bear’s, short stub tail, heavy neck, head, teeth and ears like a wolf, legs short, not over a foot in length, and feet and claws like a large dog or wolf.    Mr. Weyhrich and I examined it thoroughly, but were unable to determine what it was. I am satisfied there are still living specimens of the same animal further to the north." The mystery was never resolved. Moving onward:

"Nathaniel Neakok, the mighty hunter of polar bears, has quit scoffing at reports about the great Kinik being seen in this northernmost region of North America," reported the Idaho Falls, Idaho Post-Register, on May 15, 1958. The story continued: "A Kinik is the name Eskimos give to a bear they say is too big to come out of the water. Its size varies with the individual story. But all agree he is a monster of great size and strength and appetite. Several weeks ago, Neakok laughed so loudly when told Raymond Lalayauk had reported seeing a 30-foot bear that is hearty guffaws echoed and re-echoed across the great, frozen polar wastes. But Neakok isn’t laughing anymore. He has seen a Kinik with his very own eyes. This Kinik, Neakok says, was grayish white and only its head was visible as it swam through the water. It was so large he did not attempt to shot it. Neakok said its head alone must have been five or more feet long – and almost as wide. This was not the first time a monster was reported by respected men of the village. Floyd Ahvakana and Roxy Ekownna, elders in the Presbyterian Church and men of undoubted veracity, tell of seeing a tremendous sea monster in 1932 while hunting with a third Eskimo, now deceased. All three thought it was a Kokogiak or 10-legged bear which occupies a prominent role in Eskimo legend. 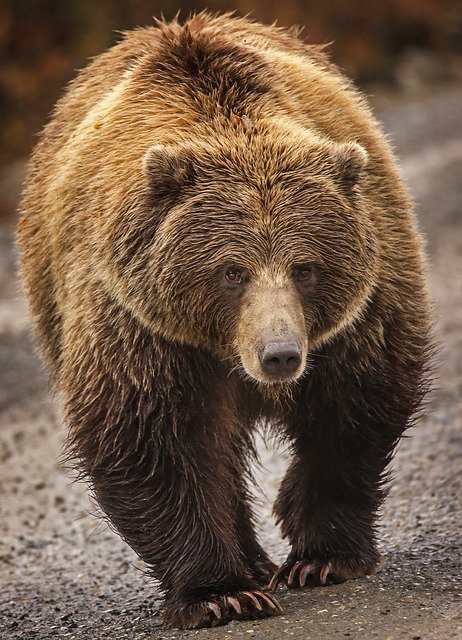 "Mr. George Offer, in referring to this incident, alludes to queer noises having been heard at the time the figure appeared. Presuming that the sentinel was not the victim of an hallucination, the question arises as to the kind of spirit that he saw. The bear, judging by cases that have been told me, is by no means an uncommon occult phenomenon. The difficulty is how to classify it, since, upon no question appertaining to the psychic, can one dogmatize. To quote from a clever poem that appeared in the January number of the Occult Review, to pretend one knows anything definite about the immaterial world is all 'swank.' At the most we - Parsons, Priests, Theosophists, Christian Scientists, Psychical Research Professors - at the most can only speculate. Nothing - nothing whatsoever, beyond the bare fact that there are phenomena, unaccountable by physical laws, has as yet been discovered. All the time and energy and space that have been devoted by scientists to the investigation of spiritualism and to making tests in automatic writing are, in my opinion - and, I believe, I speak for the man in the street—hopelessly futile.