The Mysterious Curse of the Los Roques Islands

Across the world there seem to be those places that are said to lure people in, grab them tight, and never let them go. Certain areas just seem to attract such tales, with the infamous Bermuda Triangle being chief among them. However, there are many other such places. The Los Roques archipelago of Venezuela is a collection of around 350 islands, cays, and islets lying out in the Caribbean Sea about 80 miles north of the port of La Guaira. By all appearances this is an enchanting land of inviting green islands, uninhabited atolls, and beautiful azure waters, and is famous for the extensive coral reefs of the area that draw in visitors from all over the world. Such is the biodiversity of this region, that Los Roques is designated as a national park and protected area, and it has become the destination for the rich and famous, who ride their fancy yachts in to enjoy some of the most breathtaking island scenery on earth. Yet, for all of this charm and beauty there seem to be dark forces pulsing under the surface, and the islands have gained a reputation for drawing people in to never return. 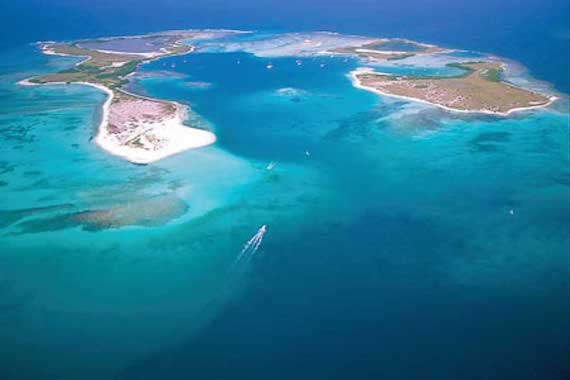 According to reports, the pristine islands of Los Roques have seen at least 15 separate incidents involving planes that have crashed, had emergencies, or in some cases vanished off the face of the earth since the mid-1990s, often without any apparent cause or reason. In some of these cases in which planes have disappeared, no wreckage has ever been found, such as an incident in 2008, in which a plane carrying 14 people went down in the area and only one body was found, with no sign of what happened to the plane or the other passengers. The most famous instance of this tendency for the islands to bring down planes, often rather ominously called “The Los Roques Curse,” happened on January 4, 2013, when a small, twin-engine BN-2 Islander aircraft carrying Italian fashion mogul Vittorio Missoni, his wife, and four others was on its way from Los Roques to Caracas when it mysteriously vanished over the islands after entering a bank of clouds that it doesn’t seem to have ever left.

The weather at the time had been calm, and the plane had only travelled about 11 miles before disappearing, meaning that it had had plenty of fuel, so the case was immediately all over the news stoking intense speculation. A massive search turned up no sign of wreckage, and talk of the curse began popping up, and making it all the more mysterious was that Italian news agencies began claiming to have found bodies, but reports were contradictory. It was claimed that all five bodies were found, then that only three were found, then it was said that all had been found except for Missoni himself, and then there were doubts expressed over whether these bodies were even from the missing plane or not, all while Missoni’s family denied being told anything about bodies being found by the authorities. The missing plane would eventually be found on June 27, 2013 by an oceanographic ship just to the north of the archipelago, which was odd since the plane had last been spotted to the south, and no cause for the crash has been forthcoming. Is there anything mysterious going on here, or was this just a simple case of a malfunction and pilot error? 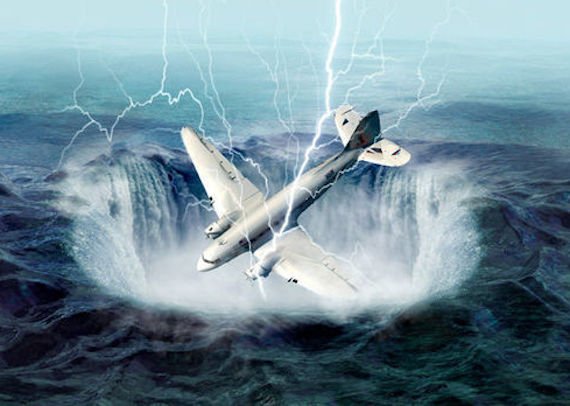 The Los Roques Curse has come to invariably be compared with other more well-known such places such as the Bermuda Triangle or the Devil’s Sea of Japan, and the same theories have been proposed for why planes should go missing or mysteriously crash here. Everything from magnetic anomalies, to weather phenomena, wind shearing, tidal waves, sea monsters, interdimensional portals, and aliens have been offered up as explanations, but there is of course the possibility that this has just been made up to be more mysterious than it really is. Mechanical malfunctions, pilot error, and good old fashioned bad luck could all have a part to play, and the mostly remote islands could conceivably mean that the wreckage wouldn’t be found until much later, if at all. There is also the fact that these places don’t typically really have a particularly anomalous frequency of plane trouble if one really crunches the numbers. Skeptic Benjamin Radford has said of the Los Roques mystery:

Fifteen "incidents" since the mid-1990s comes to a startling average of about one incident per year, out of the hundreds of flights per day over those waters (including from Simón Bolívar International Airport outside of Caracas, which carries about 10 million passengers each year). The Caribbean Sea north of Caracas has lots of boat and plane traffic; there are more resort islands clustered in that area than anywhere else in the world, including Aruba, Curacao, Grenada, St. Lucia, Antigua, Barbados, and of course Puerto Rico. The only way to get to and from those islands is by boat or plane, and - like cars, boats, or anything else - more traffic than average means more accidents and mishaps than average. If anything, it's surprising there aren't more crashes. Like the Bermuda Triangle story, the Los Roques curse story is largely a media-fueled myth. Calling it an "unexplained disappearance" make it sound much more mysterious than it is; all plane and boat disappearances begin as "unexplained," by definition. Small aircraft crashes are not inherently mysterious.

Is this all just misunderstandings and lore blown up and given a life of its own by spooky legends? Or is there perhaps more to it all? If this is true then what could it be? What forces would want to take these people and why? The only ones who perhaps know for sure are those who have been taken, and they are not talking.

Fossilized Footprints In New Mexico Date Back More Than 10,000 Years