There are plenty of supposedly haunted places in this world. It sometimes seems that almost any place can be infused with ghostly phenomena, and while spooky old houses and abandoned places may lend themselves to such tales, it is rarer that you hear about a haunted recording studio for top musicians. Yet, right in Los Angeles next to Hollywood exists such a place, and here we have various stories of paranormal weirdness going on in this spooky old mansion turned studio, from some of the biggest names in music.

Located among the hills and winding roads of the in the Laurel Canyon area of Los Angeles, California is a large, stately house that is mostly referred to as simply “The Mansion,” which while actually rather modest for the area it is in, has nevertheless managed to draw to it all sorts of rumors and tales. The house itself was first built in 1918, and was in the 1930s owned by the actor Errol Flynn. There are many rumors that for a time it was owned by the famous magician and escape master Harry Houdini, and although he was known to rent out a nearby cottage and was known to practice his magic tricks there, it seems that he never actually lived at The Mansion, although his wife might have. This seems to have been a piece of lore that sprung up after the house was burned down in the Laurel Canyon fire that swept through the area in 1959, but the rumor has stuck and it is often referred to as the Harry Houdini house. Whatever the case may be, it was rebuilt and later owned by prolific music producer Rick Rubin, after which it became an incredibly popular place for recording studio albums, and it has been used by numerous big name acts, including Red Hot Chili Peppers, Audioslave, Slipnot, Linkin Park, Marilyn Manson, Jay-Z, The Mars Volta, LCD Soundsystem, and Maroon 5, among others. It also during this time as a studio that the place gathered a reputation for being very haunted.

It doesn’t seem to have started out that way, as the band Red Hot Chili Peppers had tremendous success while recording at The Mansion, pumping out their epic album Blood Sugar Sex Magik here, but they would start to have some odd experiences while staying there in the house during the recording. Drummer Chad Smith constantly complained of feeling a malevolent “presence” there, and refused to sleep in The Mansion with the other band members, indeed spending as little time there as possible. Bassist Flea reported seeing a ghostly “woman in black” on the premises, and guitarist John Frusciante also saw strange apparitions there, although he claimed they were friendly ghosts. One of the weirder incidents the band had while recording at The Mansion is a photo they took for the album packaging for Blood Sugar Sex Magik. In the picture the band members are standing on a little bridge at the front of the house, but there also appears in the photo a mysterious wispy figure or orb of some kind, which they and the photographer insist was not part of the design and was not there when they took it. The group has maintained that this is the photo of one of the studio’s spirits. Nevertheless, the Red Hot Chili Peppers recorded several albums at the site, ghosts or no ghosts.

Red Hot Chili Peppers are far from the only act that has had eerie experiences at The Mansion. When System Of A Down were there recording their albums Hypnotize and Mesmerize, there were several strange and inexplicable incidents. Guitarist Daron Malakian claimed that ghosts were messing around with his equipment and causing freak malfunctions, and he reported that a strange noise would issue forth from his amp every morning at exactly 4 AM. There was also a frightening incident at the time involving Rick Rubin’s publicist Heidi Robinson-Fitzgerald. According to her, she was at the house one day before anyone else had arrived, and at the grand staircase she encountered the apparition of a woman in white. She would say:

It wasn’t bad or anything, but it was obvious and it grew to where it was so intense that I felt like something was standing right behind me. There was no breeze in the house, but whatever she was wearing was floating in the wind. 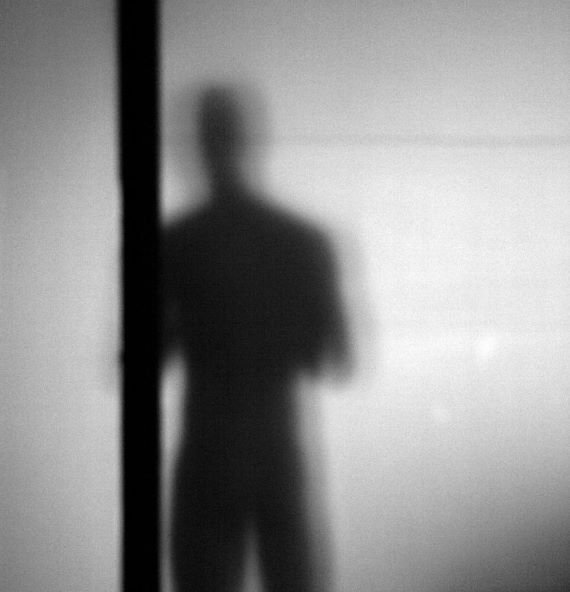 The entity then apparently floated up the stairs and vanished into thin air. Another band that had some weirdness go on at The Mansion is the metal band Slipnot, as they were recording their album Vol. 3: (The Subliminal Verses) on the premises. Group members reported various phenomena, such as doors opening and closing by themselves, objects moving, roving cold spots, and there were even stranger occurrences as well. Drummer Joey Jordison claimed that he once felt a ghostly presence pass right through him, and another time when he was in the basement he says that an unseen hand groped him. Even spookier still was an experience that lead vocalist Corey Taylor had. Besides claiming that two orbs would constantly float into his room and change the thermostat, he also supposedly had an encounter with a frightening apparition. He wrote of this in his book A Funny Thing Happened On The Way To Heaven, and explains:

I was alone in our [Taylor and Shawn “Clown” Crahan’s] rooms. The door to our room was shut and locked, the doors to the balcony were shut and locked, but the door to the bathroom was wide open. I was taking a shower, getting ready to hit the town with a vengeance. I was in a great mood, singing along with the Bee Gees and washing all my filthy bits that needed immediate attention. The shower curtain was open a smidge and I could see the room from my vantage point. I looked up. A man in a tuxedo walked past the open door, staring right at me. 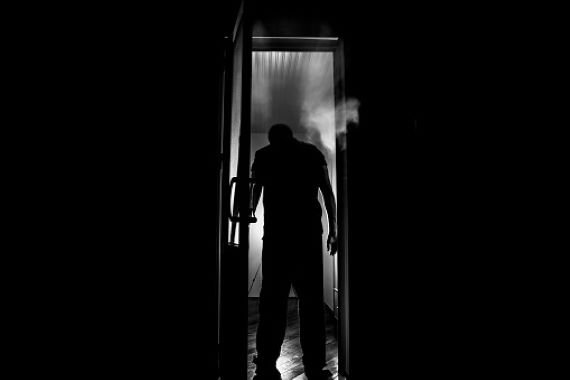 It is not clear just who is supposed to be haunting the studio. One of the main rumors is that is either the ghost of someone who died in the fire of 1959, or that it is a person who committed suicide by leaping off the balcony. There are also even rumors that it could be the ghost of Harry Houdini, with the legend that he once lived here still being thrown around, although he did apparently have another place he rented nearby. There are also creepy rumors that there were once tunnels underground here, and James Murphy of LCD Soundsystem has said of The Mansion:

There were many stories about the house. The Mansion was haunted, apparently. The ghost, in his former career as sentient human being, may or may not have been homosexual. Genesis P-Orridge threw himself off one of the balconies, maybe, to finance the recording of some record no one could quite remember. Harry Houdini lived here, or it might have been his wife, and a series of tunnels connected Houdini’s one mansion to his other mansion, which we were assured was somewhere in the distance.

Whatever is haunting this place may be unknown, but it has managed to freak out some of the biggest music acts there are. What is it that is pervading this place? What does it want and why is it here? Is there anything there at all outside of the eerie ambiance of this old mansion and its dark history? Whatever is going on here, it certainly gives one something to think about when listening to the albums that were recorded in this mysterious place.

Shooting at a Sea-Serpent on the High Seas: Not Advised!