The Strange Case of the Black Phantom of Scotland

Lying along the coast of Scotland, within the eastern central Lowlands on the north bank of the Firth of Tay, is the historical city of Dundee. Coming from humble beginnings as just a little village in the 12th century, it would explode into a thriving seaport, particularly during the Industrial Revolution, and today is the fourth largest city in Scotland and a growing tourist destination. It was here where back in the 1800s there would unfold a curious series of ghostly events centered on a strange phantom entity that have never been adequately solved.

It should not be that surprising that there should be a haunting in Dundee, as the area is full of supposedly haunted places. Tay Bridge is home to a ghostly train that rattles by every year on December 28, Glamis Castle is crawling with ghosts and is said to be one of the most haunted places in all of Britain, and Dundee has another haunted castle in Claypott Castle. However, our story here revolves around a place called Blackness Quarry, where in 1883 began to experience some rather strange events. The quarry itself was long exhausted of its resources, and sat derelict and abandoned, at least by the living. There began to emerge reports of a spectral apparition dressed all in black, and one report in the Dundee Courier described its ominous appearance and behavior as follows:

The appearance of the ‘spectre’ has been variously described, but the general impression was that he was a ‘big black man,’ enveloped from neck to heel with dark cloak or ‘topcoat.’ His head was covered with a bread slouched hat, pulled well down to conceal his face. The ‘ghost’ may be described as being rather tall, and is generally seen dressed in a long cloak, although occasionally he suddenly assumes a luminous appearance, supposed to be due to the inside of the cloak being lined with cloth dipped in phosphorus, and exposed to view. In this guise he was seen nightly gliding noiselessly about the quarry, appearing suddenly to stray children and timid ‘auld wives,’ but ‘ne’er a word he spak’ to any of them. Some asserted that he was occasionally seen about midnight and the small hours of the morning promenading the quarry with a candle in his hand. Humours of the doings of this ‘black spectre’ first spread amongst the children, the old people being or pretending to be sceptical on such matters, disdained to listen to the ‘bairns’ havers.’ The bairns, however, stuck to the story, and fear gaining the mastery over their unsophisticated minds, they could not be got to quit the fireside after night for love nor money.

Before long, the rumors and stories of this mysterious shadowy entity were spreading throughout the area, and people were starting to get panicked, especially when it began to display some rather menacing behavior. One report claimed that it had followed a woman home, and in another an elderly couple described being menaced by it in a dark alley near their residence. Yet another report says the entity approached a witness and chased him off with a “bovine roar,” and another report was given by a butcher who claimed he had been startled by the ghost when it suddenly appeared from out of a wall. Another witness claimed that the phantom had attacked her and torn her clothes, and such was the fear this generated that some people were reported as almost dying from fright after seeing it, with one woman apparently fainting in the road and a young man who saw it was apparently “confined to bed ever since through a series of fits.” There was even a gunshot heard at the quarry that was attributed to the ghost, and throughout all of this the specter seemed to be expanding his stomping grounds beyond the confines of the quarry and its immediate area. Indeed, as the reports hit the news people began seeing the mysterious phantom all over the place and it was beginning to spark a minor hysteria. 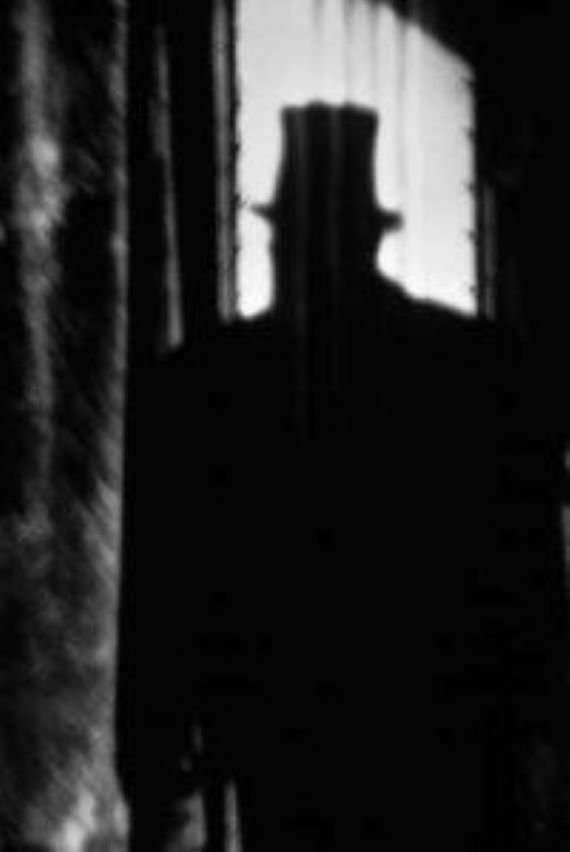 One particularly spectacular account revolves around a police officer, who was allegedly relaxing at home minding his own business when a local resident came to him to shout excitedly that the ghost was right outside. According to the report, the policeman armed himself with a fireplace poker and went out to confront it, and a newspaper report of the era reads of the incident:

On the following night an ex-policeman and a son of Erin, who had all along ‘pooh-poohed’ the whole affair, was sitting at his own fireside, when some one came rushing in, and with bated breath whispered that ‘the black man’ was in the lane. The ex-constable had seen customers of the same stamp before, and he was ready to encounter him, be he ghost or devil. Cautiously he opened a leaf of the window shutters and peeped out. Yes, there it was! By the light of street lamp he saw black figure of Herculean proportions standing against a wooden paling. Arming himself with the kitchen poker, he boldly left the house, declaring, like Macawber, that he would make the fellow speak, or if he would not, if his ‘head was human he would break it.’ He advanced within three or four yards the ‘spectre,’ demanding in loud voice who he was and what he wanted. The ‘spectre’ uttered no sound, but, when the poker glittered the light of the lamp, the ‘black fellow’ turned tail, and, darting through a gate, leaped down into the quarry, splashed into a quagmire, and disappeared in the darkness. 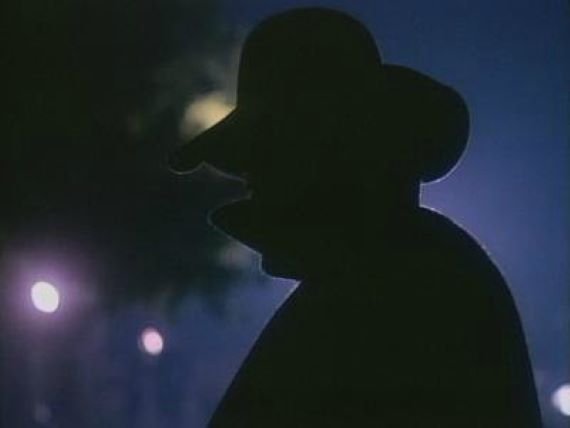 This report in particular emboldened some to take to the streets with weapons of their own in order to frighten the phantom away, and soon there were angry mobs patrolling the area looking for any sign of the ghost. This was unfortunate for anyone who could in anyway be mistaken for it, and there were instances of innocent people being attacked or chased just because they happened to be wearing long black clothing reminiscent of that of the specter. In one case even a woman was attacked, smacked over the head by a poker wielding vigilante simply because she had been wearing a black shawl over her head, and others received the same treatment. In the meantime, the police were trying to restore order, and began to assert that they believed the black phantom was not anything supernatural at all, but rather a man running around causing mischief. One newspaper report said of this:

He is said to belong to various orders of society, some stating that he is student, and others that he belongs to the family of a member of one of the manufacturing firms in town. As an explanation of the affair, it is set forth that the escapade is the result of a bet; but whether this be so, or whether it be carried out as a piece of gratis mischievous folly, all must sincerely desire that the foolish perpetrator should be speedily brought task, as such conduct should not be allowed be indulged in with impunity. On Wednesday last a party of about half-a-dozen young men, thoroughly equipped with all appliances for determining whether the ‘ghost’ was fish, flesh, or fowl, went out on a search expedition, but although they explored a large district they were not successful in their efforts. We understand, however, that they intend to persevere in the search until they run their game to earth.

There were even claims made that the actual perpetrator had been caught, but these have never been substantiated. Over time the reports just sort of faded away, and whatever this entity was disappeared into the mists of time. What are we dealing with here? What terrorized this town and managed to scare so many people so badly? Was this a ghost, a demon, some sort of hoaxer or criminal, or just the product of addled minds and mass hysteria? It is all certainly a curious case, which has never been solved and will probably always remain that way.

When Cryptozoology Crosses Paths With the Domain of a Ghost