There are places in this world that just seem to draw in tales of paranormal strangeness. Lying in the quaint countryside near the town of Trino, in the province of Vercelli, in north-west Italy, is an imposing gothic-looking medieval stone structure with a towering bell tower that is called Lucedio Abbey, which is all wrapped in history and legend. The abbey began its life in 1124, when a swampy, worthless tract of marshland was given to Cistercian monks by the Marquis of Montefract, Renier I of Montferrat. The monks moved in and managed to forge the marshy land into a successful rice farming operation, and they erected a formidable monastery fortress, Lucedio Abbey, to be their base of operations. With the hard work and guidance of the monks, the abbey birthed not only an important settlement, but also turned the once desolate region into one of the most important rice farming areas in all of Italy, and they prospered. However, according to legend, there was a dark undercurrent throbbing beneath it all.

It is said that sometime around 1684 things changed for the sinister when the monks of the abbey began to turn away from God. The reasons for this are unclear, with some saying it was because young women from the surrounding countryside became instruments of the Devil to seduce them, while others say they simply lost their faith and were seduced by Satan, but the end result is the same. The monks supposedly turned away from their pious ways and began engaging in all manner of arcane rituals, Satanic worship, and human sacrifice. All sorts of horrors and atrocities are rumored to have been carried out behind these walls by the monks, including rape, murder, and torture, all while they tried to act normally in public, and they allegedly took to summoning demons and fanning out into the countryside to kidnap unsuspecting villagers for their mystical, nefarious purposes. On occasion the screams of the tortured, as well as something not quite human, could be heard echoing from within, and villagers were soon whispering rumors of the horrors of that place, only fueled by the occasional person who managed to escape from the clutches of the monks to tell tales of demon worship, black magic, and various grotesqueries.

This supposedly went on unabated for a full century, until the abbey was finally closed in 1784, after which it went through a series of owners including even Napoleon Bonaparte, but the legends say something evil has always remained there from the days of the monks. The spookiest story is perhaps that of a time the monks were forced to subdue a demonic presence dwelling there and lock it away within a secret crypt underneath the abbey’s church of Santa Maria, surrounded by the bodies of four monks who were put there to guard it, and where it has purportedly stayed ever since. Supposedly the monks sat upon chairs while they were still alive and stayed there until death and beyond, during which time their bodies mysteriously naturally mummified. The church apparently still has the mysteriously mummified remains of the four monk guardians, still sitting up in their chairs looking over their demonic charge with long dead eyes. Considering all of this it is no wonder that the abbey, and especially the crypt, are said to be incredibly haunted by both ghosts and demons.

A popular tale of the abbey is that one room here hold a pillar that is always wet for no discernible reason. There are no leaks in the roof, and no rational reason for why it should be wet all of the time. The so-called “Crying Pillar” is supposedly shedding tears for all of the atrocities that occurred here, as this is the room in which most of the tortures and human sacrifices were allegedly carried out. Additionally, a strange mist has been reported as wandering about the abbey, and shadow figures, cold spots, moving objects, and anomalous noises or scents have all been reported from here, as well as a particularly vicious presence that is known to create utter fear and panic in those who sense it, in some extreme reports even causing people to go insane or driving them to suicide, thought to be the entity that was imprisoned here. This demon is said to manifest as a swirling black mass surrounded by the rotting smell of purification and Sulphur that is so strong it causes profound nausea. 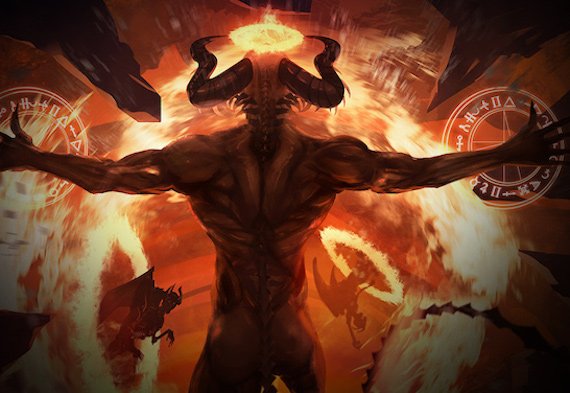 The area around the abbey is also said to be haunted, such as a sinister hooded apparition, phantom hounds, and roving mysterious fogs. A church nearby also has a fresco of sheet music said to have the ability to summon the Devil himself, and there are supposedly haunted tunnels under the entire area. To top it all off, legend has it that to talk about Lucedio Abbey for too long will invite misfortune and death. So intense is all of this paranormal phenomena that Lucedio Abbey is frequently cited as among the most haunted places in Italy, and it has drawn paranormal investigators and ghost hunters from all over the world. Is this all urban legend and lore, or is there something more to this mysterious place? In present times it is a placid rice growing field, with little sign of its dark past and talk of ghosts, and one can only wonder.