The Strange Vanishing of Juan Pedro

One of the strangest unsolved mysteries Europe has ever seen starts in southern Spain in 1986. On June 24th of that year, local truck driver Andres Martinez was off on a run to deliver a shipment of 5,200 gallons of sulfuric acid from the city Cartagena north to the town of Bilbao, in the northern Basque Country, along with his wife, Carmen Gomez, and his 10-year-old son Juan Pedro. This was not particularly unusual, as this time they had been planning to take a little family trip around Basque country when the delivery was made as a reward for Juan’s good grades, and the trip started off as usual, looking to be just a routine run. There was nothing to indicate that this would be anything other than a usual long drive through the rugged area, but things were about to take a hard turn into the weird. Here would begin an odyssey into a stranger vanishing that remains one of the odder on record in Europe, and which has never been satisfactorily solved.

After starting at 7 PM on June 24th, the family drove all night, according to witnesses stopping briefly to get something to eat at 5:30 AM before heading into a mountain pass called Somosierra, just north of Madrid. This was where the drive would become a little more interesting, as the pass was full of steep roads, sharp turns, plummeting cliffs, and switchbacks that posed a danger to those who weren’t careful, but Martinez was a seasoned driver and it wasn’t really a worry at the time. However, despite this perilous route and the harrowing terrain, the truck Martinez was driving suddenly began to drive very erratically, swerving all over the lanes and picking up dangerous speed down one of the inclines. The careening truck clipped another vehicle to take off its side mirror, and rear-ended another to send it off the side off the road before continuing down the mountain at speeds in excess of 86 miles per hour with no sign of slowing down. While most vehicles coming the other way were able to evade the barreling truck, one was not as fortunate, with another truck smashing into Martinez head on.

The impact caused Martinez’ truck to overturn and its tank to rupture, spewing highly toxic sulfuric acid all over the road and creating a very dangerous hazard for anyone in the immediate area as a cloud of deadly vapor began to permeate the air. When first emergency responders arrived on the scene they found that Martinez and Gomez were both dead, killed by the lethal fumes and their bodies partially dissolved by the acid, after which they began work on neutralizing the potential environmental disaster the crash had posed. Over the next three hours, authorities scrambled to evacuate other drivers and staunch the flow of acid, which was threatening to leak into the nearby Duratón River, pouring out large quantities of lime and sand to absorb and neutralize the deadly acid. By the time this was done it was safe to approach the truck’s cabin, where the two melting corpses sat, but police would soon learn from the family of the victims that their son had also been travelling with them, which would start a new panic.

The cabin was searched thoroughly, and although some toys, children’s clothing, and a cassette of children’s songs were found, there was no sign of the boy. It was thought at first that his body had been completely disintegrated by the acid, but forensic experts asserted that this would have been impossible in such a short amount of time, even if the body had been completely submerged, and there would have been some remains left behind. Police questioning also turned up the fact that not 20 minutes before the crash people had seen the boy in the truck with the couple, so where could he have possibly gone? Had he gotten out of the vehicle and fled into the surrounding wilderness? Had he been kidnapped? No one knew. A search team scoured the area for the boy just to be sure, using trained dogs, helicopters, and hundreds of volunteers over an 18-mile radius around the site, but not a single trace of him was found, and in fact Juan Pedro would never be found.

In the meantime, there would be found several odd details surrounding the crash. While authorities had at first suspected that the brakes on the vehicle had failed and caused it to go in its wild, reckless episode, an examination showed that the brakes were in perfect working order. This left the question of why Martinez would have gone flying down the mountain with such reckless abandon in the first place. Medical records turned up no physical condition that could have accounted for it, so had he simply fallen asleep at the wheel? Had he lost his mind? Making it even stranger was that the vehicles instruments and tachograph showed that the truck had actually stopped around a dozen times within a 20-minute period while driving along the mountain pass. Why this would be is anyone’s guess. 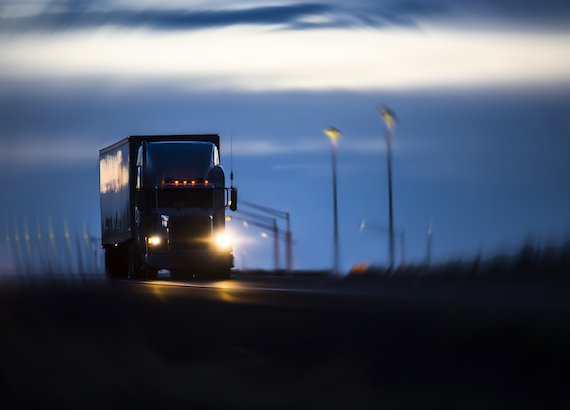 Another strange clue turned up was the testimony of the man who had been run off the road by Martinez, who said that shortly after the incident he had been approached by two “foreigners” driving a white van. They were described as a man and a woman, both very tall and Nordic looking, with blonde hair and dressed in white. According to the witness, they spoke with a strange, unidentifiable accent, and he claimed the woman had claimed to be a nurse and asked him if he needed any medical assistance. Adding a layer of strangeness to this report was that of two local shepherds, who claimed to have also seen the white van and its mysterious couple, this time at the scene of the crash itself, where they were seen braving the toxic acid around them to remove some sort of package from the cab of the totaled vehicle before driving off. If this is true, then why were they there and what was in that package? Authorities would try to locate this mysterious couple to no avail, and it is unknown just what connection they have with the accident.

The whole bizarre case would be made even weirder over the coming days, when several witnesses stepped forward claiming to have had sightings of the missing boy all over the region, none of which could be confirmed. One of the stranger of these sightings supposedly happened in 1987, when a teacher at a driving school in Madrid was approached by a blind, old foreign woman accompanied by a young boy of 10 or 11, who asked him where the American embassy was. She told him she had only been in Spain for 6 months, and so her Spanish was not very good, however, the boy spoke fluently, with even a regional dialect. When the witness asked the lady why the boy’s Spanish was so good, she allegedly got noticeably uncomfortable and ushered the kid away. Later when the witness saw news about Juan Pedro on TV he became absolutely certain that this was who he had seen. It seemed to be an exciting tip, but it would ultimately lead nowhere. Many questions still orbit and buzz around the bizarre case. Why was the truck driving so erratically before the crash? Why did it stop over 12 times in a 20-minute period? What happened to the boy? Who were the strangers in the white van and did they have anything to do with it all? 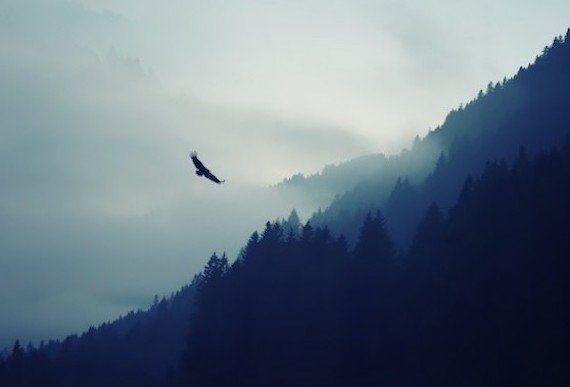 Over the years there have been many theories about what happened up on that mountain pass. One is that they were fleeing someone or had been attacked by drug traffickers who had kidnapped Juan, and there even the idea that Martinez had been a drug smuggler himself and had fallen afoul of someone, supported by the claims that traces of drugs were later found in the truck’s cabin. In the drug trafficker theory, the two foreigners were the drug dealers coming to get their stash. Another version of this is that Juan was kidnapped earlier and that Martinez was chasing them down, explaining his wild driving. There is also the idea that Martinez had suffered a medical episode of some sort and Juan survived the crash somehow and perhaps went off to get help and got lost, or tried to alleviate acid burns in the river and was washed away, but with no sign of him ever found it is hard to say. Juan also might have been picked up by someone on the side of the road, either a kidnapper or a good Samaritan who meant to help, only to have the injured boy die and then dispose of the body to avoid being blamed.

All of these ideas are interesting and have points that make them intriguing, but none of them really perfectly tie up all of the various weird clues orbiting the case. It has left a void that hasn't really been filled, and it dwells in a limbo of speculation and debate, without any further real answers. What happened to Juan Pedro will likely remain a mystery forevermore, and it is one of the strangest vanishings that Europe has ever seen.