The Totally Bonkers Tale of a Government Alien Exchange Program

The world of Ufology can draw to it incredibly weird accounts, and the field is littered with those stories that cause us to shrug our shoulders. From alien abductions, to alien bodies, to UFO crashes and more, it can be a minefield to navigate through what might be possibly real and what is surely pure fiction. People have devoted their whole lives to trying to wade through this morass, and it certainly doesn't help when every once in a while a story pops up that is seemingly totally absurd, yet manages to gain traction nevertheless. One such story is surely the time aliens supposedly set up a secret exchange program with us to whisk off our astronauts to go and live on an alien world.

The incredibly bizarre tale actually begins with another bizarre tale, with the alleged the May 31, 1947 flying saucer crash near Socorro, New Mexico, better known as the Roswell Incident. The lore goes that four dead alien bodies and one living one were found amongst the wreckage, with the living one, named EBE1, for “Extraterrestrial Biological Entity.” This being was supposedly friendly and calm through its ordeal, even attempting to communicate with its human captors, eventually learning English and telling them that he was from a planet called “Serpo,” located in the Zeta Reticuli system, approximately 40 light years away from Earth. So far, so weird, but hold onto your hats because it is about to fly off into the utterly bizarre. 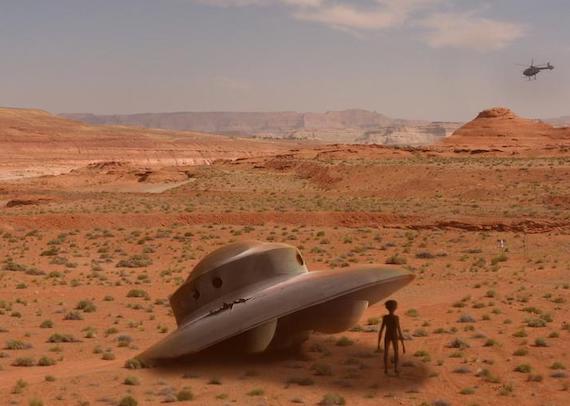 According to the story, the years went by, with EBE1 desperately trying to make contact with his home planet through advanced communications equipment from his crashed ship, but he died in 1952 without ever succeeding. The military kept trying, apparently finally making contact with the aliens they now called the “Ebens,” who President Kennedy himself supposedly invited to Earth in order to share information and conduct a sort of exchange program. The plan was that 12 handpicked individuals would be taken away by the aliens to the planet Serpo in order to live among them, learn their ways, and receive new knowledge and technology. In 1965, the aliens allegedly came as promised, arriving at a top secret site in Nevada as specified within an enormous craft, where they collected the 12 person team, ten men and two women, and took them aboard their immense spacecraft for a journey to their planet.

The journey apparently took 10 months at supposedly 40 times the speed of light using advanced “antigravity technology,” during which two of the team died due to the rigors of travel, and they then lived on the planet for over a decade. On Serpo, they learned about life on the planet, as well as how to reverse engineer the alien technology, and they also purportedly received what they call a “Yellow Book,” which is a holographic projection device that holds within it the complete history of the universe. Eight of the astronauts finally returned to Earth in 1978, while two of them supposedly decided to stay behind on Serpo. The project was then kept completely above top secret and the technology that was gained classified. So, if it was all so hush hush, then how do we know about it now? I’m glad you asked, because it all gets perhaps even stranger from here.

In 2005, a mysterious informant calling himself “request anonymous,” now thought to be a former security guard with the Air Force Office of Special Investigations by the name of Richard C. Doty, came forward to claim that he had received information on Project Serpo from former and current members of the Defense Intelligence Agency, including details from the 3,000-page debriefing of the eight returning members of the team that went to Serpo. The story heavily made the rounds on the Internet, and before long other supposed whistleblowers were coming forward and the whole thing took on a life of its own. In the meantime, Len Kasten, a UFO researcher and former member of the National Investigations Committee on Aerial Phenomena (NICAP) and the Mutual UFO Network (MUFON), complied various uncovered information, including the alleged diary kept by the expedition's commanding officer, into a book that supposedly goes into great detail about the mission and what the astronauts did on Serpo, as well as inform that the U.S. government has continued relations with the Ebens right up into the present. This all led to the creation of a website dedicated to Project Serpo, developed by conspiracy theorist Bill Ryan, which revealed it for all to see. 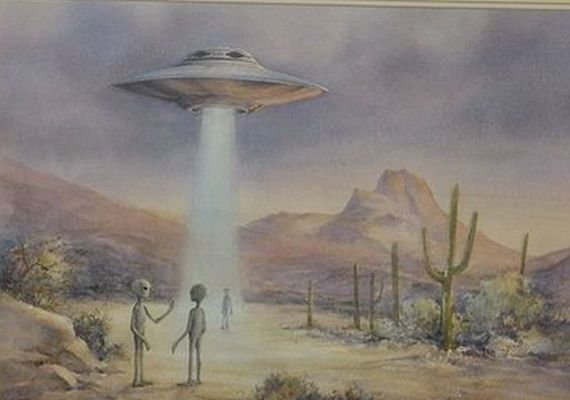 The UFO community jumped on the Project Serpo story and its seemingly official whistleblower status, and many researchers were completely taken in by it all. The story made the rounds heavily on UFO-related and paranormal sites, and appeared on various paranormal radio programs and in countless articles, but at the same time cracks were starting to appear in the whole thing. The list of problems brought up with the whole Project Serpo story are numerous. One rests on one of the main informants in the case, Sergeant Richard Doty, who has been involved with spreading information about other UFO-relates cases and has largely been seen in the UFO community as unreliable and discredited. The various other supposed insiders who have stepped forward have largely proven to be unverifiable, with no way to know if they even have the credentials they say they do. It does not help that many of these whistleblowers have given conflicting and contradictory information with regards to the projects, and details have changed over time and with different versions of the story. Adding to all of this are the numerous inconsistencies, mathematical errors, and apparent lack of understanding of science, astronomy and physics demonstrated in these “official documents.” For instance, how does a ship travel 40 times the speed of light, and even if that were possible, how would it get 40 light years away in just 10 months? This is not to mention how such quick communications back and forth were made from Roswell to Serpo, with a message being expected to take 80 years from sending it to getting a reply. The report is riddled with oddities like this.

Perhaps most damning of all is that there has never been any hard evidence put forward for any of it. Nothing concrete has been turned up, no actual documents or diary, and it is all based on very official sounding, yet largely anonymous “whistleblowers,” the main one being a known spreader of disinformation. Also convenient is that all of the team that supposedly took part in the program have supposedly since passed away, so there is no way to possibly track them down. It is all an entertaining story that with all of the mention of official top secret documents sounds very intriguing and real, but which ultimately has no substance to it. Due to all of this, Project Serpo has mostly been deemed to have been a fiction and a hoax, either to troll the UFO community or as viral marketing, which sadly managed to trick many researchers who spread it around as factual. Indeed, Project Serpo has even been largely scoffed at even by Ufologists. In the meantime, many of those involved have continued to insist it is all real. Is it an elaborate hoax or is there something more to it? Whatever the case may be, it is all a very entertaining tale at the very least, and one of the weirder supposed events in Ufology.