If you heard that the British government was holding photographs of a UFO taken in 1990 in Scotland that were scheduled to be released to the public in 2021, would you be interested? If you then heard that the British government decided for some undisclosed reason to ignore the rules and lock the photos up for another 50 years, would you be suspicious? Both of those happened a few weeks ago and ufologist Straiph Wilson was curious, then suspicious. Now he’s decided to take action.

“That speaks volumes when the government does that. They’re trying to hide something. It’s one of the most important sightings in Britain, if not in the world. The pictures must be quite significant if we could get the two hillwalkers to come forward.”

Wilson, a former technician at Glasgow University and now an artist, told The Courier he’s been interested in the so-called Calvine incident ever since August 4, 1990, when two men claim to have seen a diamond-shaped UFO and watched it hover for 10 minutes before flying away at a high speed … with a number of military aircraft passing underneath it. One of the witnesses got the holy grail of UFO evidence – six color photographs of the craft in broad daylight – then did his duty as a good British citizen and turned them over to the Ministry of Defense. That was the last anyone ever saw of them … publicly.

“The analysis was nothing short of sensational. The photos hadn’t been faked. They showed a structured craft of unknown origin, unlike any conventional aircraft. There was no fuselage, no wings, no tail, no engines and no markings of any sort.”

Nick Pope saw them while he worked for the MoD and claimed he had a Fox Mulder-style poster of one on his wall … before a superior removed it. Pope is out of the MoD and has long been a proponent of disclosure, but sticks to his code of silence on classified information – even after the government announced last week that the six photos – scheduled to be made public in 2021 – would instead be kept super-classified until 2072. While Pope may be afraid to go against the government, Wilson isn’t … and he hopes the witnesses aren’t either.

“Back then people might have been scared of the government but I don’t think they’re scared now.”

In his interview with The Courier, he reached out to the still unnamed witnesses to come forward once again – assuming they’re still alive. If they are, they may not want to come forward for the same reason the government may not want to release the photos. It could be something personal or embarrassing to them or their families, or it could be something more sinister and dangerous. A threat from the enemy government that owned the UFO? A threat from the ETs that owned it? A fear of mass chaos?

Straiph Wilson took action. He’s hoping the witnesses do the same. Tom Delonge took action. He’s hoping his fans do the same. The only way to gain disclosure is through action. Demand answers from government officials by contacting them directly … again and again. Vote for candidates who support disclosure. Go out and look for UFOs yourself … and be prepared with a charged phone (or a good camera) and a steady grip on a wall (for support) and your nerves (for the courage). 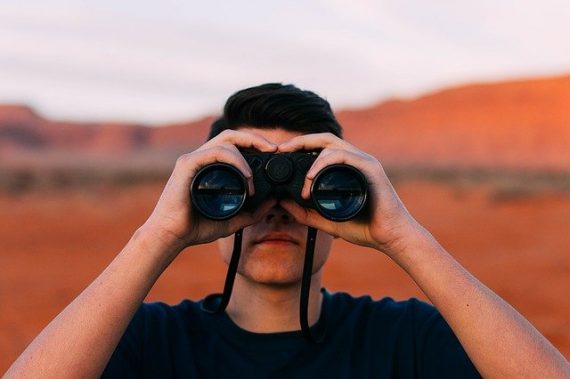 You can’t find the holy grail by watching UFO shows on cable.

If you are one of the Calvine withnesses or know them, Straiph Wilson asks to contact him at [email protected]

Ozzy Osbourne Blames His Bad Luck on a Haunted Doll