Bats get blamed for a variety of human problems from rabies to viruses (including the coronavirus) to vampirism, even though most of the transmissions are caused by humans themselves – eating them, touching injured bats, disturbing their caves, etc. It’s long past time we humans show bats a little more respect and a new discovery gives an excellent reason why – it turns out vampire bats in the wild prevent the spread of illnesses within their colony by practicing social distancing. Feeling a little ashamed right now?

“We tracked this unintentional “social distancing” effect hour-by-hour in a wild colony of vampire bats. Using bat-borne proximity sensors, we compared changes in the social network connectedness of immune-challenged “sick” bats versus “control” bats over time.”

In a study published in the journal Behavioral Ecology, Simon P Ripperger of the Department of Ecology, Evolution, and Organismal Biology at The Ohio State University and study lead author describes how his team captured 31 adult female vampire bats (Desmodus rotundus) from a roost in Belize, injected 16 with the immune-challenging substance lipopolysaccharide to make them “sick,” and injected the other left 15 with saline as a control group. Next, they attached proximity sensors and released them back into the wild. Then it was time to sit back and watch the monitors.

“Compared to the control group, “sick” (LPS-injected) bats associated with fewer groupmates (lower degree centrality), spent less time with others (lower strength centrality), and were less socially connected to more well-connected groupmates when considering both direct and indirect connections (lower eigenvector centrality), and these effects declined after the treatment period. During the 6 h of the treatment period, a “sick” bat associated on average with four fewer associates than a control bat.”

The “sick” vampire bats were observed spending less time interacting with the other bat in the colony, including participating in grooming their available partners, while the control bats continued normal associations. In other words, the sick bats self-isolated or practiced social distancing. This was more than just the normal behavior seen in most animals where the others in a group avoided the sick one – this was a conscious decision by the sick to stay away from the well until they felt better. While the lipopolysaccharide was not contagious, this data allowed the researchers to predict that this behavior would help reduce the spread of a contagious disease among the bats.

"The sensors gave us an amazing new window into how the social behavior of these bats changed from hour to hour and even minute to minute during the course of the day and night, even while they are hidden in the darkness of a hollow tree."

As Ripperger indicates in the press release, frequent testing/monitoring of the vampire bats gave the surgeons an unprecedented way of tracking the “disease.” So, social distancing and testing helped keep the healthy bats safe while allowing the team to closely monitor their progress. 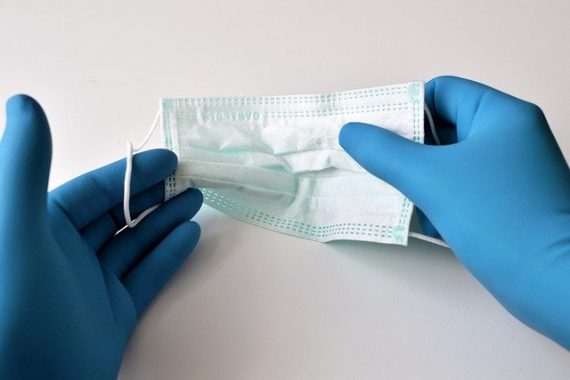 Leave it to vampire bats to show up humans. If those pointy little teeth didn’t tear them, they’d probably wear masks too.

The Strange Case of the Black Phantom of Scotland