When and Where Aliens Just Might Eat You – So Some Say

Tales of an alleged, massive, multi-leveled underground base at the town of Dulce, New Mexico abound. Largely, the stories began during the controversial saga of Paul Bennewitz, a scientist based in Albuquerque, New Mexico at the time. We're talking about roughly from 1979 to the mid-1980s. Bennewitz was subjected to a wave of UFO-themed disinformation - led by military-intelligence personnel - that caused him to walk away from the UFO subject and pretty much for good. Frankly, I have no faith - at all - in the theory that Dulce has a gigantic subterranean facility far below. I think it's ongoing disinformation - and still from the world  of spies and counterintelligence experts. It is, however, intriguing to take a look at the words of those who do believe the stories might have some degree of reality. That's the subject of today's article. If the stories coming out of Dulce really are true, then we may well be in big, big trouble. All of us. Rumors suggest there are multiple levels in the Dulce base, which is said to extend miles down into the Archuleta Mesa and where the ETs are said to be conducting bizarre experiments and procedures – which involve using us as food items. In The Dulce Base the pseudonymous "Jason Bishop III," who also uses the name of "Tal Lavesque," quoted an insider from the Dulce installation, who circulated his own statement to the UFO community. That man was Thomas E. Castello. He said:

"Level 7 is worse, row after row of thousands of humans and human mixtures in cold storage. Here too are embryo storage vats of humanoids in various stages of development. I frequently encountered humans in cages, usually dazed or drugged, but sometimes they cried and begged for help. We were told they were hopelessly insane, and involved in high risk drug tests to cure insanity. We were told to never try to speak to them at all. At the beginning we believed that story. Finally in 1978 a small group of workers discovered the truth." The alien truth, that is. Another source who has revealed what he knows about the Dulce base is Alan B. de Walton, who writes under the name of "Branton." He claims to know - from what was secretly learned by some of the workers who fled for their lives when the aliens gained complete control of the base in 1979 – something remarkable, and which has a notable bearing on the theme of this book. Branton stated in his The Dulce Book that during the course of his research he learned that the human body is, in reality, "…surrounded by the etheric 'body,' surrounded by the astral 'body,' surrounded by the mental 'body.'" 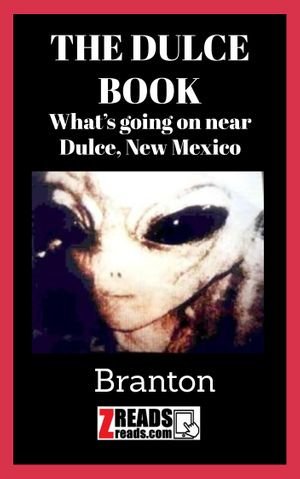 Now, we come to the most important part. One of Branton’s Dulce insiders revealed to him: "We also actually have an extra 'body,' the emotional 'body,' that the aliens don’t have. This part of us constantly puts out a kind of energy they cannot generate or simulate. This emotional energy…is to them, like a potent, much sought-after drug. They can take it out of us and bottle it, so to speak…Also during this 'harvesting,’' Greys will look directly into our eyes, as if they are drinking something or basking in light." In a 1991 book Matrix II, Valdemar Valerian refers to  one particular alien abductee at the Dulce base seeing "…a vat full of red liquid and body parts of humans and animals…she could see Greys bobbing up and down, almost swimming." 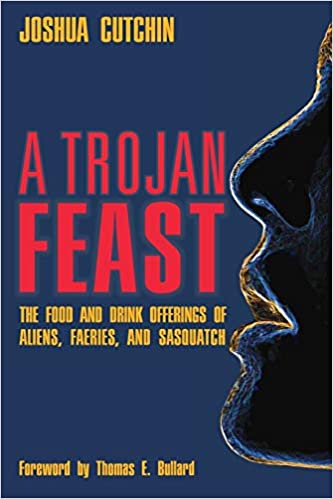 Joshua Cutchin is the author of a 2015 book, A Trojan Feast: The Food and Drink Offerings of Aliens, Faeries, and Sasquatch, Cutchin’s findings add to this bleak and harrowing controversy: "While abduction research does not overtly suggest that aliens are harvesting people for consumption, there may be a grain of truth to the report [contained in the pages of Valerian’s Matrix II]. 'Nourishment is ingested by smearing a soupy mixture of biologicals on the epidermis. Food sources include Bovine cattle and human parts…distilled into a high protein broth…'" David Jacobs is the author of two books on alien abductions, The Threat and Walking Among Us. He believes that "aliens obtain fuel differently from humans, that their skin has a very unique function, and that they convert 'food' to energy very differently." This may well be connected to the concept of what is known as "foyson." It’s a centuries-old word that is directly linked to another kind of diminutive entity that, just like the black-eyed Greys of Ufology, were also renowned for kidnapping people and leading them to magical realms: the fairies. In terms of what foyson is, Patricia Monaghan, in her 2008 book, The Encyclopedia of Celtic Mythology and Folklore, explains that, "Within every substance on earth is its foyson…The foyson of food is its nourishment, and it was this, Irish folklore contends, that the faeries stripped form food when they stole it. The milk might remain there, creamy in the milk pail, but without its foyson, it had no nourishment left."

A fascinating, collective story, to be sure. But, I still think that - as it relates to Dulce - the whole thing was created by intelligence agencies who were trying to destabilize Paul Bennewitz - and, in the process, so many bought into it all and still do. Taking in consideration the fact that this story is filled with horror and nightmarish claims, you better hope I'm right.