Back in 2005 I wrote a book titled Body Snatchers in the Desert. There was a sequel from me in 2017: The Roswell UFO Conspiracy. Both books focused on the failure of a number of top secret balloon-based experiments in the summer of 1947 - and all in New Mexico. Some of those balloons were huge and based on Japanese plans. Not only that, some of the Japanese scientists involved were secretly brought to the United States (in a similar fashion to Operation Paperclip that secretly brought Nazi scientists to the United States in the post-Second World War period). Most of the experiments failed miserably. One of those same failed experiments became known - decades later - as "the Roswell incident." Prisoners and handicapped people were used in the grim, nightmarish tests. And not a single extraterrestrial was ever to be seen. With that all said, let's take a close and careful look at what was really going on in New Mexico in '47 and how it all became intertwined with the legend of a certain, famous "crashed UFO."

During the latter stages of the Second World War, the Japanese military was working to perfect highly advanced balloons as weapons of war – to the extent that on 4 June 1945, a Japanese military spokesman states that the launches of its "Balloon Bombs" of the previous few months were merely precursors for something far more dangerous, including large-scale attacks with Japanese personnel manning the balloons. The new balloons, American experts estimated, would be at least sixty feet in diameter and would be able to carry a pressurized gondola containing four relatively small men to a significant height, as the balloons traveled upon their stratospheric flights across the Pacific to the United States. Similarly, declassified FBI, CIA, Air Force and British Government papers reveal that in the same time frame, the Germans were actively pursuing several new and novel aviation-based projects, including the construction of circular and elliptical shaped aircraft – a number of which are based upon the work of the Horten brothers. One of the most revealing document is a U.K. government file titled "Unconventional Aircraft." 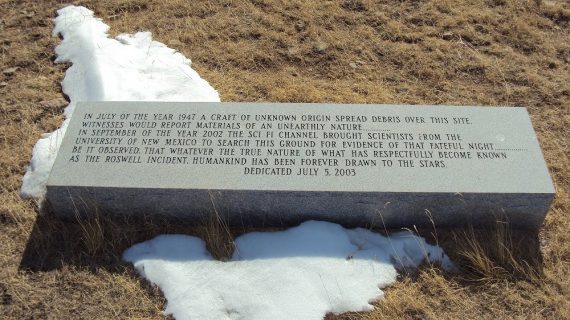 In addition, extensive wartime research was conducted by (A) the Japanese Government’s utterly deranged, evil Unit 731 and (B) Nazi scum involved in the extremely controversial area of human medical experimentation. A large body of that same experimentation was devoted to better understanding the effects of high-altitude exposure on human beings. At the close of hostilities, scientific, aviation and medical experts from Japan and Germany were secretly brought to the United States – where human experimentation and advanced aircraft research continues unabated and under the strictest security. As President Clinton’s Advisory Committee on Human Radiation Experiments noted: At least 1,600 scientists and their dependents were recruited and brought to the United States by Paperclip and its successor projects through the early 1970s. The ACHRE also noted with respect to the time period in question that a number of potentially important collections could not be located and were evidently lost or destroyed. Similarly, the Committee revealed, a number of those same document collections related to experiments undertaken in the fields of biomedicine, defense and space exploration; and in the great majority of these cases only fragmentary data remained. Where programs were legitimately kept secret for national security reasons, states the Committee, the government often did not create or maintain adequate records, thereby preventing the public, and those most at risk, from learning the facts in a timely and complete fashion.

In the aftermath of the War, a number of military research sites recruited Paperclip scientists with backgrounds in aero-medicine, radiobiology and ophthalmology, including the Air Force’s School of Aviation Medicine, from where experiments into total-body irradiation, space medicine, space biology and flash-blindness were undertaken; and the White Sands Proving Ground became home to the V2 rockets developed by – and captured from – Nazi Germany during the War. In addition, at the same time that the Paperclip personnel were actively being brought to the United States, the Air Force’s Aero Medical Center gave its top priority to the translation of manuscripts providing a complete picture of German aviation medicine. Further advances were made in the field of aviation in post-war America: on 26 May 1946, the Air Force awards to the Fairchild Engine and Airplane Corporation a contract that establishes Fairchild as the responsible agency of the NEPA nuclear aircraft project; and the Holloman Balloon Branch, Holloman AFB, New Mexico, eventually went on to become a recognized component of the space-race, via its involvement in the Discoverer program. Crucially, the National Archives and Records Administration at Maryland made available a document concerning the early years of research at White Sands and Holloman: Little information was available on specific events with regard to range safety during this period, it was revealed. And on 1 July 1947, Major Curtis E. LeMay, Major General, U.S. Army, Deputy Chief of Air Staff for Research and Development, ordered that research into the biological effects of radiation on Japanese individuals should begin. 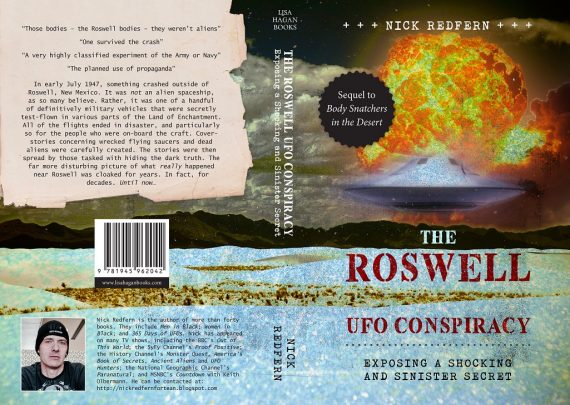 In the summer of 1947 and against this backdrop of (A) nuclear and biological tests on human subjects; (B) revolutionary aircraft and balloon programs; and (C) an influx of scientific, medical and aviation experts into the United States from Japan and Germany, a series of events and accidents occurred in New Mexico that collectively become known as the Roswell incident. Witnesses at several crash sites reported seeing the remains of unusual-looking aircraft and small bodies, some with enlarged, bald heads and that could have "passed for Chinese." On 19 August 1947, FBI Special Agent S. W. Reynolds informs Bureau director, J. Edgar Hoover, that in a meeting with an Air Force colonel, the colonel expressed his firm belief that the flying discs originated with a highly classified experiment of the Army or Navy. In the immediate wake of the Roswell affair, Dr. Lincoln La Paz of the University of New Mexico – and a wartime expert on Japanese balloons – became deeply embroiled in the Roswell controversy; the ramifications of the Nuremberg Code begin to reverberate and rumble within the United States; and, as the 3 November 1947 issue of the Biology Division Bulletin of the Clinton National Laboratory reveals, staff at Oak Ridge (home of the nuclear aircraft program) took an active interest in experimentation undertaken to determine the effect of radioactive iodine on dwarfs and those with Progeria – a condition that results in a small stature and an enlarged, bald head.

And, as a result of all the above combined, the now-famous legend of a crashed UFO was born in New Mexico in the summer of 1947.

Bitten by Demonic Entities: The Bizarre Case of Clarita Villanueva